Dominant Broward County won another sectionals, and Miami-Dade collected their third of the season when the USTA Florida Mixed 18 & Over 7.0/9.0 League Sectional Championships were held on Oct. 5-7, 2019 at the USTA National Campus in Orlando.

In the 7.0 division Broward won its second title in a row, both from the Dillon Tennis Center in Oakland Park, just north of Ft. Lauderdale. It was Broward’s third title in the last four years in the division.

Miami-Dade South (Coral Pine Park, Pinecrest) won its first Mixed 18 & Over 9.0 title since 2014, back when the Crandon Park facility team from Key Biscayne lifted the trophy.

The Miami and Broward teams will next represent the USTA Florida Section at the USTA League Mixed 18 & Over National Championships on Nov. 1-3, 2019 at the USTA National Campus in Orlando, Fla. 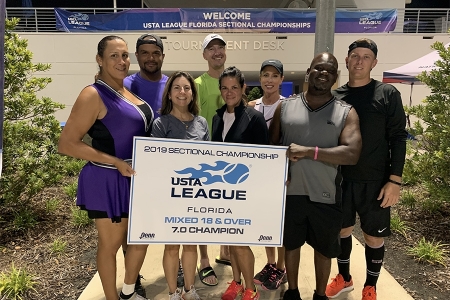 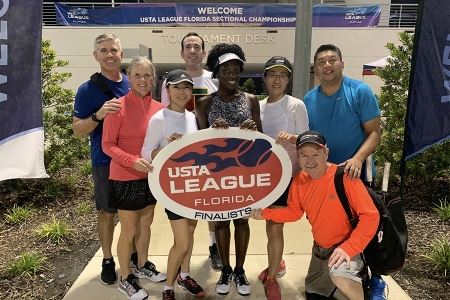 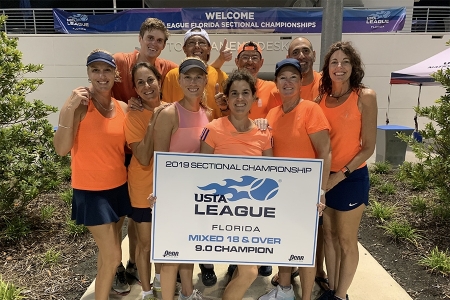 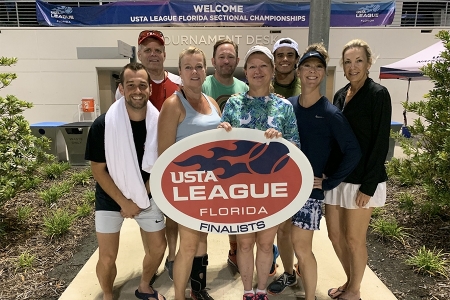 The USTA Florida League Championship Cup is awarded to the county with the most league sectionals titles during the 2019 season (standings through Oct. 8, recent winners in bold):