Broward County were the kings and queens of the USTA National Campus this weekend as they ruled the 2022 Adult 40 & Over 3.0/4.0 Sectional Championships.

There were three titles up for grabs, two women division and one for the men. Over in the Women’s 4.0, Broward County defeated South Florida rival, Miami-Dade in a convincing 3-1 finals. This marked Broward’s second championship in the 4.0 division.

The men, who also matched up against Miami-Dade in the 4.0 finals, were in a dogfight. The two traded off lines with Broward winning the No. 1 Singles and No. 2 Doubles, while Miami-Dade took the No. 1 and 3 Doubles. In the end, Broward was able to take the tiebreaker to secure their third title since 2017.

In the sole 3.0 division, Orange County took down a former winner, Duval County, in round-robin play. The Women took three of the four matches en route to their first victory.

The competing teams represented various clubs, parks, recreational departments, and organizations, and finished at the top of their local leagues during the 2022 season to advance to the USTA Florida 40 & Over Sectional Championships.

These champions have qualified for the 2022 USTA League National Championships that will take place in October later this year. 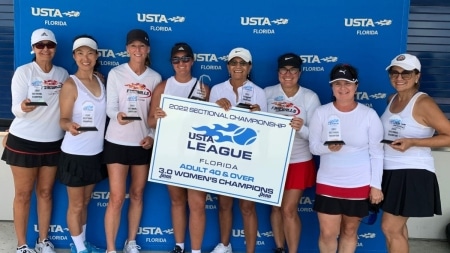 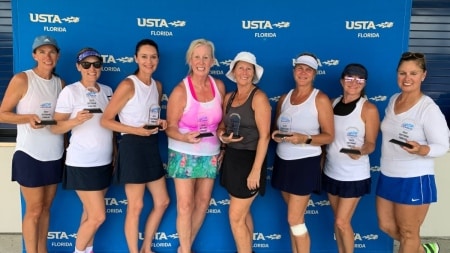 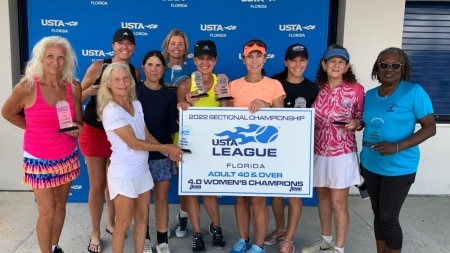 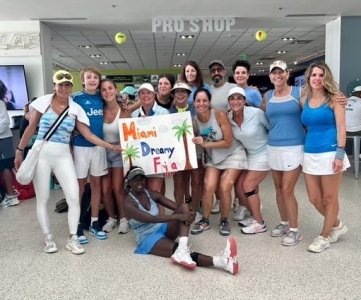 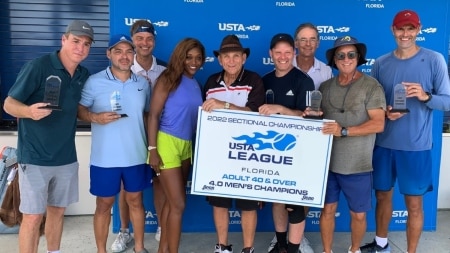 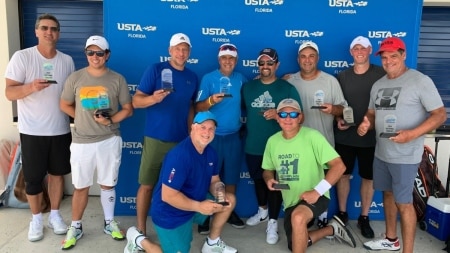