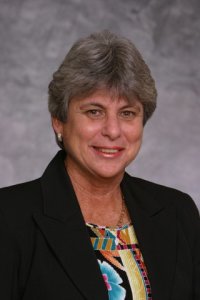 HAIL TO THE CHIEF: President Horowitz

Nancy Horowitz of Pembroke Pines, who’s volunteered for just about everything anyone could possibly volunteer for with the USTA Florida Section for 36 years, has reached the pinnacle of her volunteer career: She was sworn in as president of the organization that she loves at its annual conference in Orlando on November 23.

The highest-elected official in the USTA Florida Section got her start at tennis volunteering purely by accident, stepping in to officiate a tournament in 1978. She went on to be a professional official for 24 years, calling lets and lines at the US Open, the Olympics, Fed Cup, Davis Cup, and the Lipton, among other tourneys. For 15 years, she also ran the parks and recreation department in Pembroke Pines, overseeing 50 courts and 12 pros.

But it’s volunteering that’s closest to her heart: For the USTA Florida Section, she’s donated her time as officials trainer evaluator, and served on more than half a dozen committees. She’s also been awarded as Official of the Year, Volunteer of the Year, a Merit Award winner, and recipient of the Eve Kraft Community Service Award. Becoming president seemed only natural.

HAVING A BALL: Some future presidents get lost in their costumes

Her confident inner well-being is due, in part, from an ever-so-rare “wonderful childhood.” Her dentist father had a “huge sense of humor” and, when stroking her hair, used to say, “This is your confidence.” Her mother volunteered frequently. Nancy Horowitz is clearly the perfect combination of her parents.

Anyone who’s attended a USTA Florida Annual Meeting & Volunteer Celebration has experienced another way Nancy’s dad contributed to her signature personality: He often dressed up in costumes. A self-described “frustrated Carol Burnett,” Nancy traditionally welcomes volunteers in get-ups ranging from a tennis ball, Lady Gaga, Psy of Gangnam Style fame, and Katy Perry, among others. Dad would be proud.

Nancy was not always the dynamo that she is today. Teachers played a role in her inner development. One high school teacher made an impact on the tiny and shy young girl saying that, “By having the courage to be yourself, you put something wonderful in the world that was not there before.” That philosophy still guides Nancy today; her teacher would be proud.

Even though Nancy may have been shy, it didn’t keep her from being a force on the court. Her yearbook from those days contained an early tennis scouting report of the all-around jock — “Good serve and runs fast” — who learned the game by hitting against her elementary school wall: Nowadays, she plays when her knees allow. 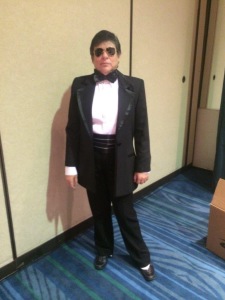 What will Nancy do as president, another volunteer post?

“I plan to visit all the regions, hear what the local people want to accomplish, then pass that grassroots information up through the organization to make it happen,” she said. And then there’s her 4Fs philosophy of life that she’ll bring to her presidency: Fun, Family, Friends, and Future.

Family and the Future: Her main goal is to get as many people involved in tennis as possible. Maybe with a little luck, she’ll find some future Nancy Horowitzes to volunteer for nearly 40 years, and pass the torch from generation to generation. This is not unlike how her parents bestowed great things on her, how she did the same with her kids, and how they’re doing the same with theirs.

Will she succeed? Consider her mind-set: “If you dream it, it can happen. If you think about it, you make it happen. When you have the passion and desire for what you do, and have fun doing it, then go for it. Relationships with others are what help reach those goals, and together we make things happen.”

Boy, could we use a president in 2016 in the West Wing like the one we have now in West Broward.