Monica DaRold had an initial fling with tennis before diving full-force into the sport. At just 13 years old and armed with a wooden Chris Evert racquet in sunny San Diego, Calif., the teen won five free tennis lessons at a local tennis center but the cost to continue wasn’t sustainable at the time.

“I switched to softball and played that on-and-off recreationally,” recalls DaRold. “When I moved to Florida in 1994 a friend invited me to a tennis clinic. It was all over from that point – I was totally hooked.”

Now 55 years old and playing out of Cedars Tennis Resort in Longboat Key, tennis is more than just a game to DaRold. It has taken on the role of getting her through some of the most difficult times in her life.

“Playing tennis is my sanity from the tough challenges I deal with, it’s my me time,” says DaRold, who has served the community as a registered nurse for 27 years. “It’s not about winning or losing its about total immersion in the game, appreciating being with friends, appreciating great shots from either side and knowing how precious having the health to play is.”

That last point is a very emotional sentiment for DaRold. In 2006, her 19-year-old son Ryan was a passenger in a tragic drunk driving accident and suffered a permanent brain injury. Ryan was one of DaRold’s most cherished tennis partners, who had always said the mother-son duo would be mixed partners in a local league after he finished college.

“In a split second so many lives changed forever; the ripple effect is devastating,” says DaRold. “It was one of the hardest things I have faced.” 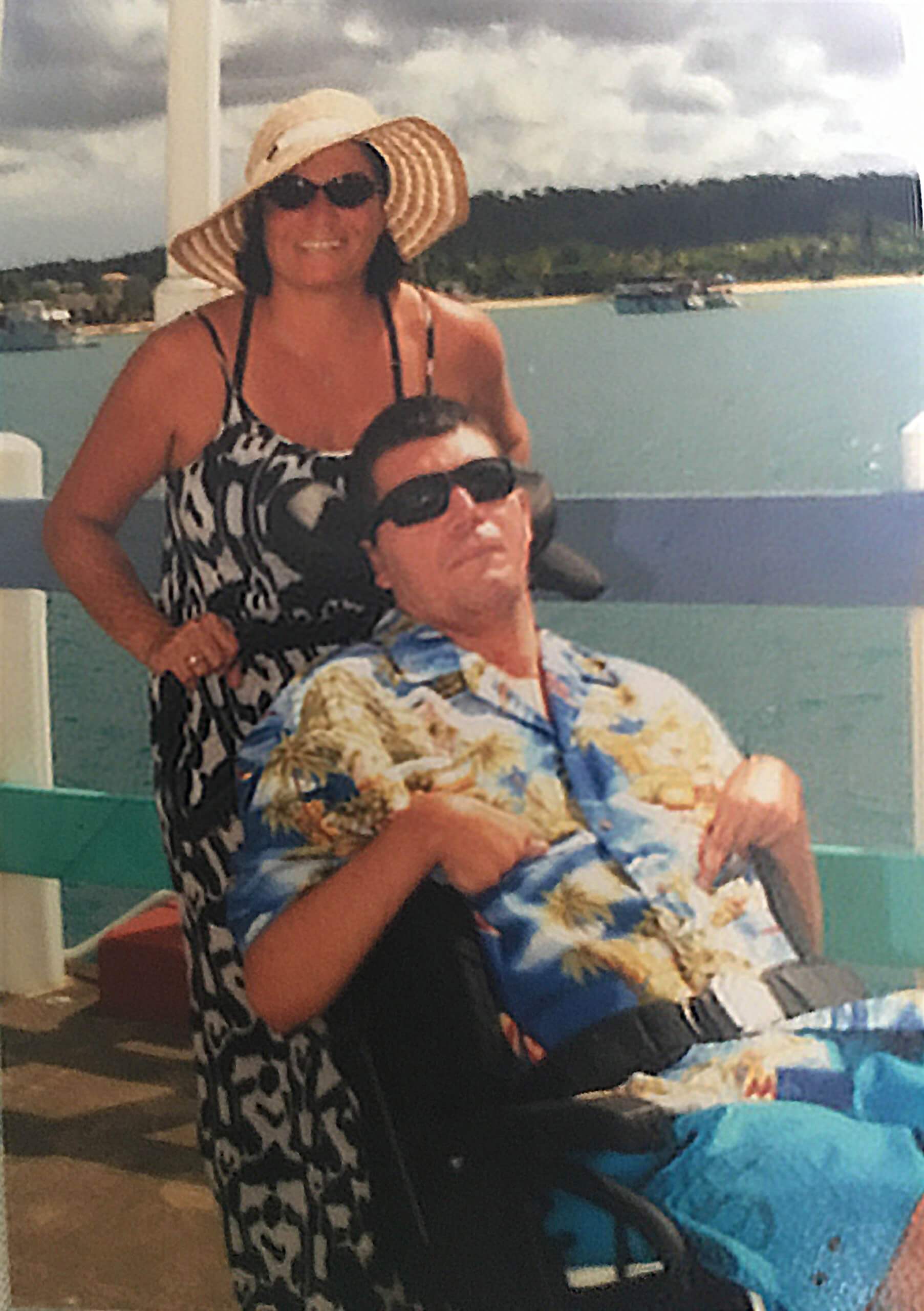 DaRold and her son still enjoy tennis today, just in a different fashion. She has made it her mission to take Ryan to as many professional tennis events as possible.

“It’s a great atmosphere for someone with a brain injury, the consistent sound of the ball is great stimulation for him,” says DaRold. “I hope to take him to the US Open someday.”

When not taking in the pros on the court, they’re working to inspire change with presentations that discuss the consequences of drinking and driving.

“Ryan has accompanied me in his wheelchair at various presentations and although he can’t articulate his presence, him just being there speaks volumes,” comments DaRold. “If one person made a different choice as a result of one of our presentations, it’s worth it.”

The love of her son has also changed the way the 15-year tennis volunteer serves her community. Besides promoting the continued growth of the sport locally and supporting public and private facilities, she also views the opportunities to introduce the game to parents and children as invaluable.

“Tennis is a non-contact sport that provides cardio, competition, athleticism, mental growth and great fun,” she exclaims. “I just think tennis is the greatest recreational sport out there. You only need one other person, a racquet and a can of balls. There is a level of play for everyone and typically every neighborhood has free courts somewhere if you can’t join a club.”

One of DaRold’s greatest achievements as a tennis volunteer was assisting in the organization of a local Cure for Kids charity tournament.

“I got every person I know playing tennis that day and if they didn’t have a partner, I found them one,” she says. “The money went to Foundation for Dreams, a non-profit that providers year-round weekend, spring break and summer residential camp sessions for children with varying ability levels and chronic or terminal medical conditions.”

DaRold also volunteers as a USTA League captain, and typically captains two to three squads at a time. She says most people don’t want to captain a team, but she welcomed the opportunity with open arms.

“I like to make sure everyone gets to play a fair amount of matches,” she says. “I like to win but more importantly, I enjoy when everyone feels good about their game – win or lose. It’s more about the process, not the outcome.”

Despite the busy life she leads, from working in a crisis mental health hospital to caring for her family, DaRold makes it a priority to get out on the court when she can.

“Tennis is a great way to give your mind a break from life’s stressors because you can immerse yourself in the game,” she says. “It’s also how I met the majority of my greatest friends, who I can now count on both on and off the court.”

USTA Florida thanks Monica DaRold for her dedication to the game and for serving as a USTA League captain in Manatee county.

My earliest tennis memory was… “Andre Agassi. Huge crush, had a poster on my wall!”

If I could play tennis with three people, they would be… “Andre Agassi, Michele Obama, John McEnroe”

When I am not playing tennis I am… “Working as an RN, reffing tennis, or in the kitchen cooking.”

My best tennis memory is… “The first US Open I attended.”

I like to volunteer in tennis because… “I’m a genuine lover of the game. There is a level for everyone.”