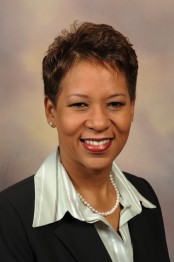 USTA Chairman of the Board, CEO and President Katrina Adams

The overall goal is to continue USTA Player Development’s ongoing efforts to create a collaborative partnership with a full spectrum of its American tennis stakeholders. The second and third symposiums will be centered on Hispanic-American coaches and female coaches, and will take place in the first half of 2016.

A select group of influential African-American coaches and players from the past 30 years were invited to take part in the three-day Dec. 4-6 meeting. USTA Chairman of the Board, CEO and President Katrina Adams will serve as the opening speaker of the symposium, with USTA General Manager of USTA Player Development Martin Blackman and USTA Chief Diversity and Inclusion Officer D.A. Abrams also presenting to the group.

USTA Player Development aims to share concepts and give insights into its overall philosophy while also listening and learning from the experiences and knowledge of those in attendance. Discussion and instruction will take place both in the classroom and on the court.

The discussions will be designed to take the collective knowledge and experience of the group and use it to identify tactics and recommendations that the USTA can use to improve its developmental support of African-American players and coaches.

“One of my biggest goals is to reach and grow the game in underrepresented communities in this country,” Adams said. “This first symposium represents my background, and I’m excited to share philosophies with so many great coaches that have paved the way.”

For more information go to www.usta.com/news.