Legendary Florida junior tennis organizer Bobby Curtis has touched the lives of thousands of Florida juniors over not just years – but decades. In honor of his 93rd birthday we’re celebrating his life, accomplishments, and the achievements he’s made throughout the years that helped define what junior tennis in Florida looks like today. 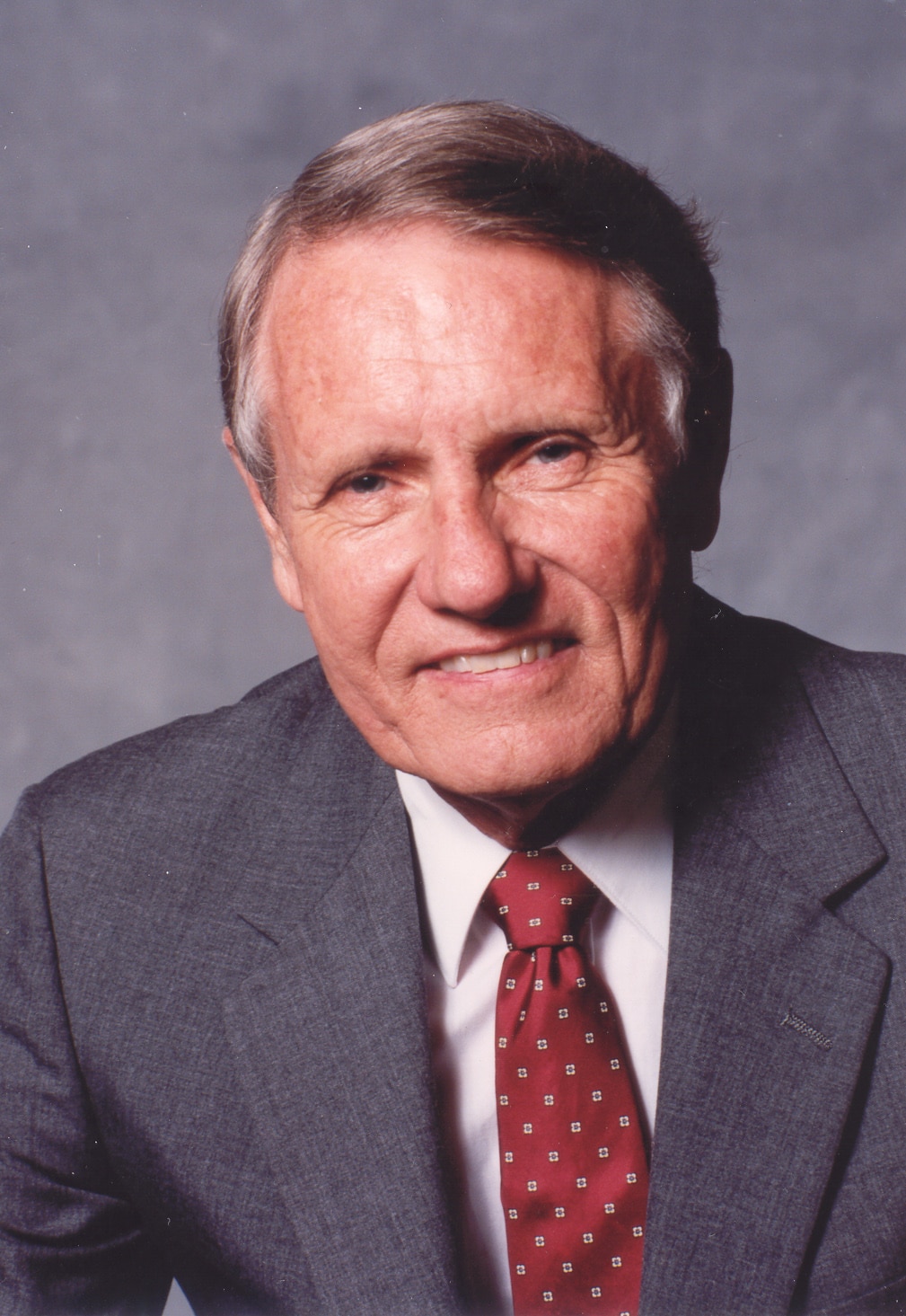 The USTA Florida Section’s first employee in 1980, when it was still known as the Florida Tennis Association (FTA), Bobby Curtis worked out of his home before establishing the organization’s first headquarters in Miami Shores in 1983.

“When I was first hired, we had no office,” Curtis recalled with a laugh back in 2009. “I worked out of my room at home, so my room was the headquarters for Florida junior tennis.” 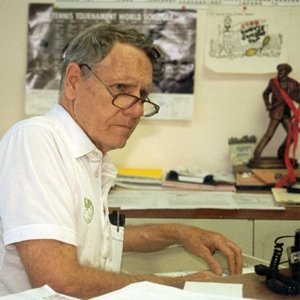 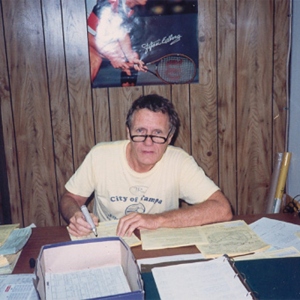 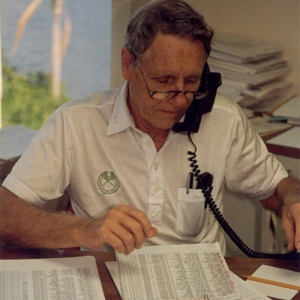 Up until that moment in time, Curtis worked for the Youth Tennis Foundation of Florida, where he organized junior tennis as the state coordinator. In 1987, the Florida Tennis Association took over the administration of the program that was built by the YTF and Curtis and renamed it to Junior Team Tennis. In 1991, the United States Tennis Association adopted the program and went on to offer Junior Team Tennis nationwide. Today, more than 60,000 youth participate in the league.

“I’m proud of helping to create Junior Team Tennis, where we had a model and the USTA picked it up,” Curtis said in 2009. “Starting the Lakeland event [the Jr. Team Tennis State Championships], it was so much fun, and in those days the kids had to be unranked so we were dealing with a different spectrum than the tournament players. Also getting involved in the National Junior Tennis League and what became the Greater Miami Tennis & Education Foundation, that changed a lot of kid’s lives through the years and it’s still going today. That’s been a nice feather in the cap.”

Curtis’ impact on Florida tennis goes back to the 1950s, when he started teaching the game at Moore Park in Miami after relocating to the Sunshine state in 1947. He came to Moore Park approximately 20 years after its inception – Moore Park was instituted in 1927 when T.V. “The Pineapple King” Moore donated the land to the City of Miami. Six years later the park hosted the college football bowl game that would eventually become the famed Orange Bowl. Over the years the Moore Park tennis courts received a number of famous names such as Arthur Ashe and a number of future world No. 1 players.

Serving the diverse and economically-challenged neighborhood in Miami, Curtis turned the Moore Park tennis center, now the Ashe-Buchholz Tennis Center at Moore Park, into a safe haven for children of all backgrounds, despite their means.

“Bobby has always been the epitome of Moore Park in terms of a pied piper who made people want to be here,” said the Pineapple King’s grandson Gerald Moore in 2017 at a celebration of Curtis’ 90th birthday. “Anything that could honor Bobby and give a legacy to all he’s done is something very important for all of us in South Florida.” 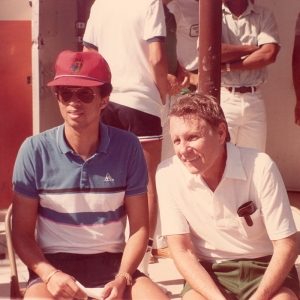 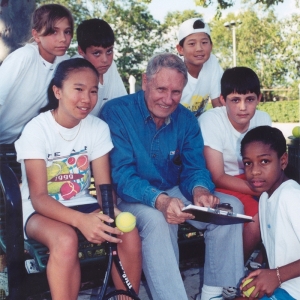 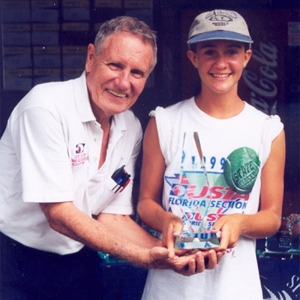 Curtis’ dedication to junior tennis in Florida hasn’t gone unnoticed and has been celebrated throughout the years. In 1977, he was awarded the USTA Community Service Award, which is awarded to individuals who have made significant contributions over a long period of time to the development of tennis in their communities. In 1980 he received the FTA Merit Award, in 1989 he was honored with the United States Professional Tennis Association’s Florida Division Award for Service to Tennis, and in 1994 Curtis was inducted into the USTA Florida Hall of Fame. 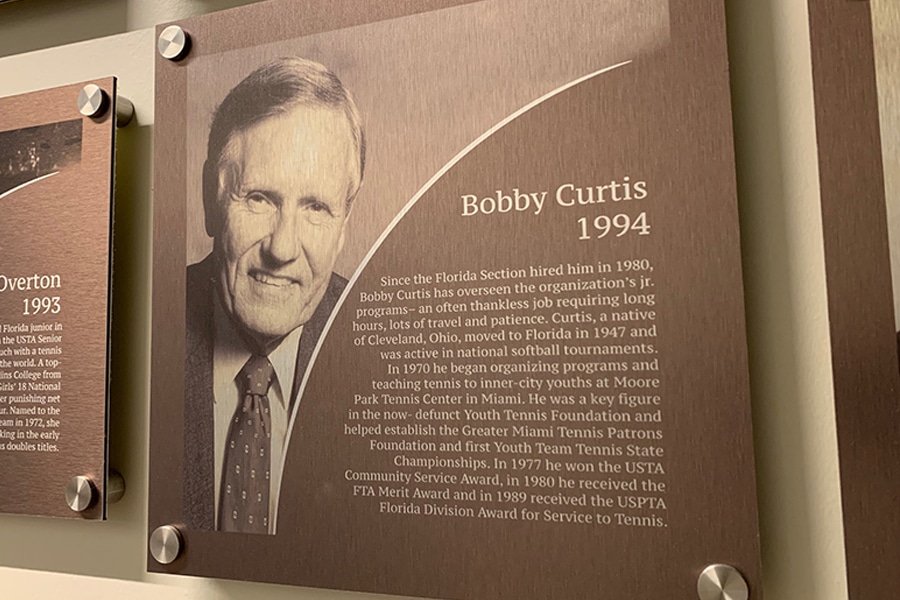 Curtis continued to organize and support Florida junior tennis in a variety of ways, including promoting the Florida Section’s Tennis on the Move (TOTM) program, which was designed to promote and develop the healthy lifetime sport of tennis in areas that may not normally be accustomed to the sport. The program included activities and games that were flexible and adaptable to indoor and outdoor environments, with or without a tennis court.

In 2005, the Andy Roddick Foundation donated funds to have USTA Florida’s TOTM trailer outfitted with Curtis’ photo, and the program was renamed to Bobby Curtis Tennis on the Move in his honor. Roddick, who played in the Florida section for most of his junior career, was eager to recognize Curtis’ contribution to the sport he was so passionate about.

“The Roddick Foundation chose to sponsor this program, and Mrs. Roddick said she’d like to have it named after me,” Curtis told Dave Kozlowski of “Inside Tennis with the Koz” in 2005.  “So now instead of being just Tennis on the Move, it became Bobby Curtis Tennis on the Move which is kind of flattering.” 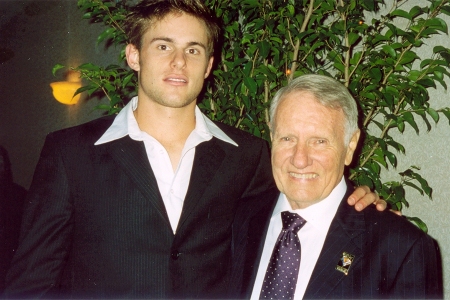 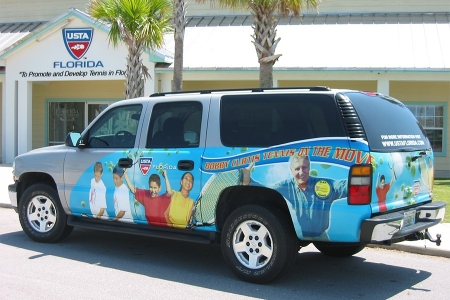 The legendary junior tennis organizer was honored in 2009, when he made the decision to retire from USTA Florida. After 30 years of service, there was virtually no aspect of junior tennis in Florida that Curtis hadn’t touched.

“You can go to almost any junior tournament in the state of Florida and if you hang around for just a short time, someone – the tournament director, a volunteer, a parent – will mention how much Bobby Curtis has meant to that tournament or to a player in the tournament, or to Florida junior tennis as a whole,” said Donn Davis, who served as USTA Florida President at the time of Curtis’ retirement. “The important thing to remember when that happens is that Bobby does it all with absolutely no interest in his own personal gain. He does it all for the kids. That’s what makes Bobby Curtis so special to all of us.” 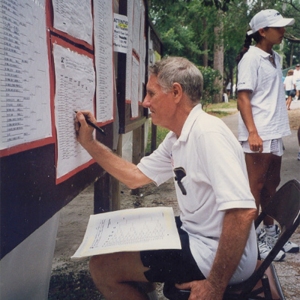 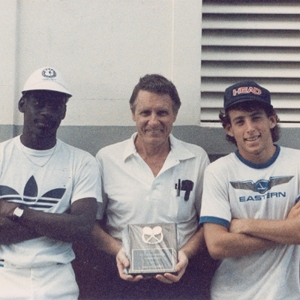 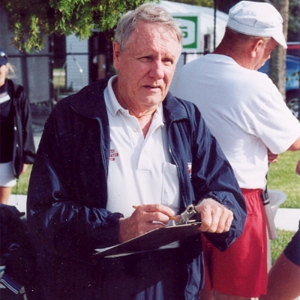 “I learned the [USTA Florida] Junior Counsel had voted to name the Jr. State Closed singles and doubles after me,” Curtis said back in 2012. “I almost fell over my feet. It was pretty neat, and it’s a real honor for me.”

He was one of the initial organizers of the Florida Section’s top junior event, which at that time had no entry fee – participants only had to bring one can of new balls. Since that era, the prestigious event has evolved into a preview of the next wave of collegiate or pro tour players, and is the most competitive USTA Section junior championship in the U.S., spawning the most players of any USTA Section to go on to the professional circuit and rank No. 1 in the world.

In October of 2019, Curtis was the guest of honor at his namesake tournament, the USTA Florida Bobby Curtis Junior 16s/18s Sectional Doubles Championships. Curtis received a tour around the sprawling 100-court USTA National Campus, as well as a tour of the USTA Florida headquarters for the very first time.

A Ride through the USTA National Campus with Bobby Curtis

It was around this time last year when the namesake of our Jr. State Championship, Bobby Curtis, came to visit us! We took a joy ride around the campus, met some old friends, and made some new friends 😎 #AdventuresWithBobby

“Bobby had a blast,” USTA Florida governance and meetings manager Lynne Salus told Florida Tennis about the visit. “He became extremely emotional when saw one of his Moore Park (Miami) players. And he was emotional when he saw the Hall of Fame class on the wall. He remembers them from years ago and was reminiscing about their relationships. He said that was the best part.” 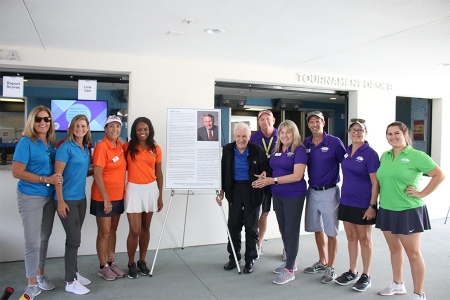 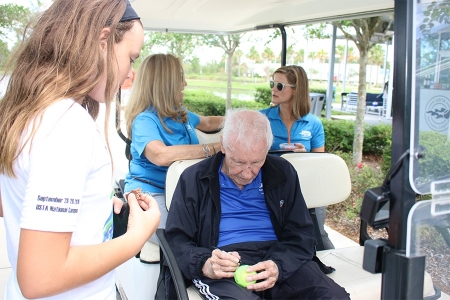 During the behind the scenes tour of the National Campus, Curtis got to meet several junior players. He autographed tennis balls and shirts for some and took photos with others. USTA Florida Executive Director Laura Bowen was instrumental in arranging Bobby’s attendance at his namesake event, and was thrilled that he could make the trip from his home in Hollywood, Fla. 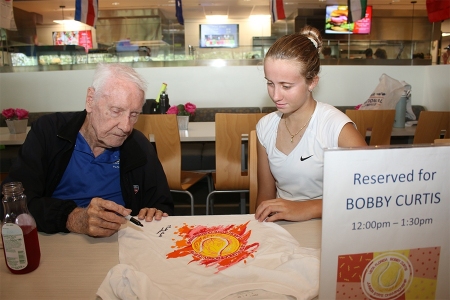 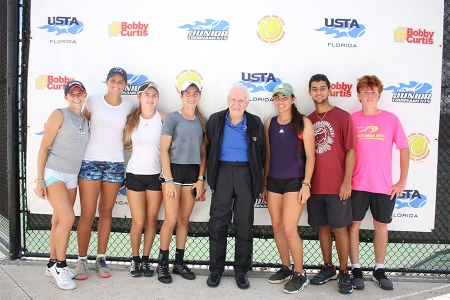 “Bobby is a legend in Florida. USTA Florida would not exist without him,” said Bowen. “For Bobby to be able to experience the tournament that bears his name at the USTA National Campus, and to see how his legacy continues to grow, was special and inspiring.”

Happy 93rd birthday Bobby Curtis, from all of us here at USTA Florida. 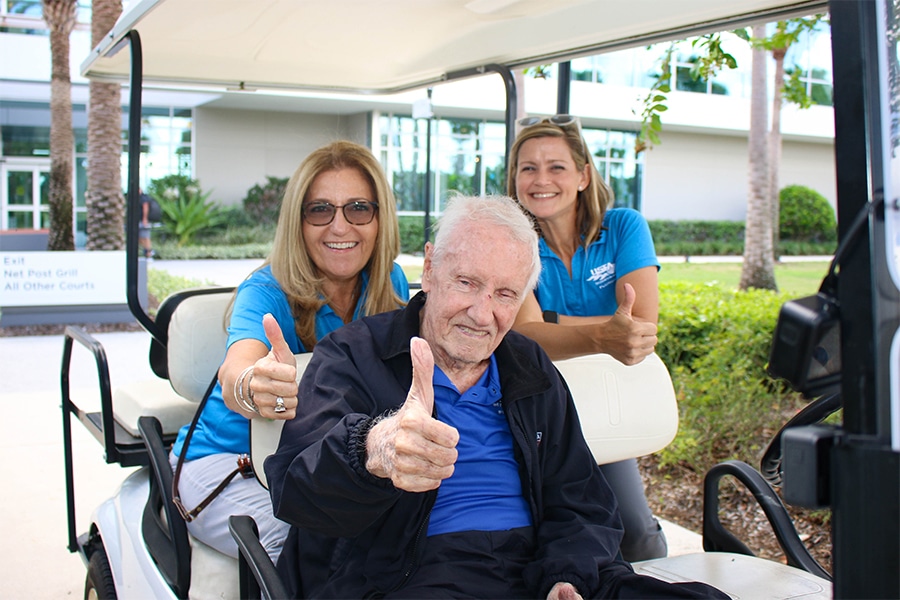 Bobby Curtis on his tour of the USTA National Campus