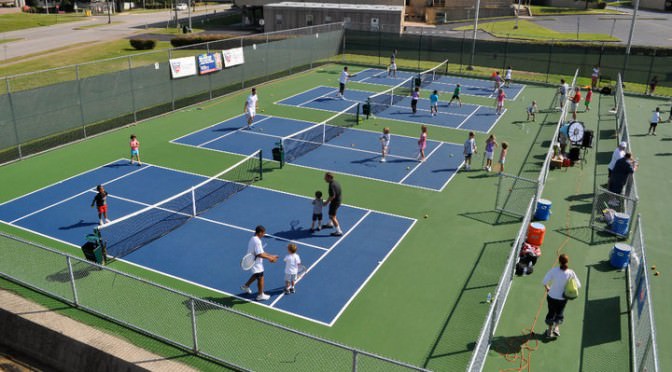 This has become one of my favorite movie quotes over the past few years. It reflects what our society is becoming as a whole. If you don’t/can’t adapt to what is going on around you, in today’s world, you risk getting left behind.

Today, with such attention being given to concussions, over-use injuries and more, tennis is a sport that can offer great opportunity to so many. However, as a sport, our competitive system hasn’t done a good job of “adapting” to the market.

Show me any business model that says losing 76 percent of your business in the course of a year makes sense?

Tennis, as a product for today’s youth who have so many options available to them, needed to change. Over the past four years, the two biggest changes have come in the form of the “Youth Imperative” — adaptive formats geared towards FUN and faster play, and most recently, the Youth Progression Pathway which has caused many coaches to ask…

That’s the main question being asked by teaching professionals and parents regarding the new “Youth Progression Pathway” which was created by the USTA for players between the ages of 7-10.

Tennis, unlike so many other youth sports, has relied on opinion to determine where and at what level a player should start their competitive tournament experience. For as long as I’ve been involved in the sport as a junior player to a long-time coach, the typical journey looks like this:

All of this has been very arbitrary. Are there exceptions? Absolutely. However, those are usually few and far between. For every one success story, there are dozens on the other side.

While the sport of tennis is a little late to the party, as many say, better late than never! 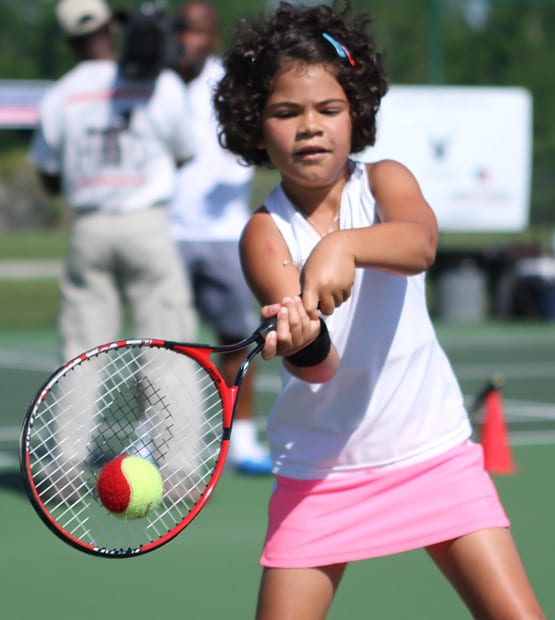 If we take the time to look at what other youth sports offer as requirements, standards, recommendations and guidance, we can see how governing for the masses instead of the few has provided historic guidelines for players and parents, allowing both to learn, grow and develop at a pace that helps the sport, instead of hindering it.

For some examples, look to what football, baseball, hockey, golf, and other sports have done to make play fun and right-sized for small children.

Pop Warner football began in 1929 and has used a format of combining age and weight to determine where a player should play. For instance, an 8 year old has two options: Mitey-Mite which covers players aged 7-9 with weight ranges between 50-100 lbs., and Jr. Pee-Wee, which offers ages from 8-10 with weight ranges of 65-115 lbs.

Pop Warner’s top line on their “Ages and Weights” location says it all about their philosophy…”There are seven divisions of play, all determined by a strict age/weight scale to ensure safe and balanced competition.”  What this means is while you may have an “exceptional” 8-year-old in Jr. Pee Wee who shows a higher level of athletic ability, that player is still restricted as to where they can play.

Little League Baseball as well advances from “Tee-Ball” 4-8 years old to “Minor League” 7-13 years old to “Major League” 9-13 years old. Not only does LLB offer these divisions, but they also offer “machine pitch” and “coach pitch” as methods of advancing players along as they improve their skills.

Many other youth sports offer age-based advancement along with modified equipment, court/field size, basketball size, rim height, cross ice hockey, reduced yardage for golfers under the age of 13, and many more.

The intent of tennis’ Youth Progression Pathway is not to restrict, but instead, to provide a compass for parents and players looking for guidance as to “where do I begin,” “how do I move along,” and “what do I need to accomplish?”

It’s removing the guesswork, the “opinion,” and putting it in the hands of the player. As a player participates, develops and eventually wins more matches, he or she advances at a pace determined by their success.

Much like advancing from grade to grade in school (as determined by the local school board), the USTA, as the “governing body” of tennis, has done what virtually every other youth sport does — create parameters for players, parents and coaches as a guide for all competitors to develop their skills, advance at a pace that makes sense, and most importantly, have fun and stay in the game!