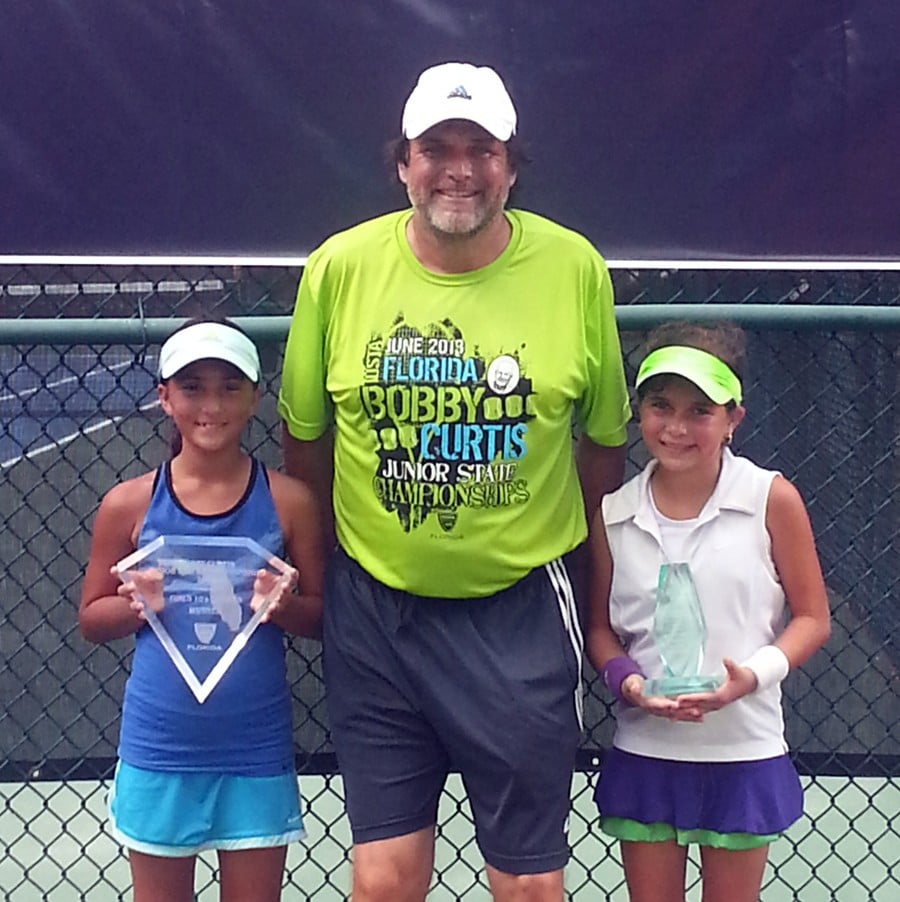 This year the little ones will join the big time when the Florida State 10s Green Ball division, previously held in October as a USTA Level 4 tournament, rises up to become an official part of the 2014 USTA Florida ‘Bobby Curtis’ Junior State Tennis Championships.

“This year the USTA Florida Junior Competitive Council voted to have the 10s Green Ball division be a part of the prestigious USTA Florida Bobby Curtis Junior State Championship, the showcase for the top Florida players,” said Cindy Harkins, CPRP Park Supervisor, Seminole County Leisure Services. “It’s the perfect event for the best 10 and under boys and girls to compete for a state title.”

Players age 10 and under compete with the lower-bouncing “Green Ball,” which allow small children to hit the ball in their strike zone as opposed to regular adult balls which frequently bounce over children’s heads near the baseline. A compass draw or modified round robin format will ensure the maximum number of matches, and scoring will be best two of three short sets, regular scoring, with a set tiebreak at four games all, and a match tiebreak in lieu of a third set.

The USTA Youth Tennis format allows smaller children to emulate adult play on smaller court sizes, with racquet sizes that fit their hands, low-compression balls, a simple scoring system, all adjusted to ease kids into the sport and develop proper strokes and technique before advancing to larger court sizes. Similar mini-tennis formats have long been popular in Europe, where stars such as Roger Federer and Kim Clijsters first learned the game with age-adjusted racquets, balls and court sizes.

“It is amazing to watch these small children having developed proper stroke technique, hitting topspin groundstrokes and slices and volleys at the net, which would be difficult on a regular court with high-bouncing regular balls and big adult racquets,” said Tournament Director Brian Morrissey. “They look like small adults playing and they have some really exciting points.”