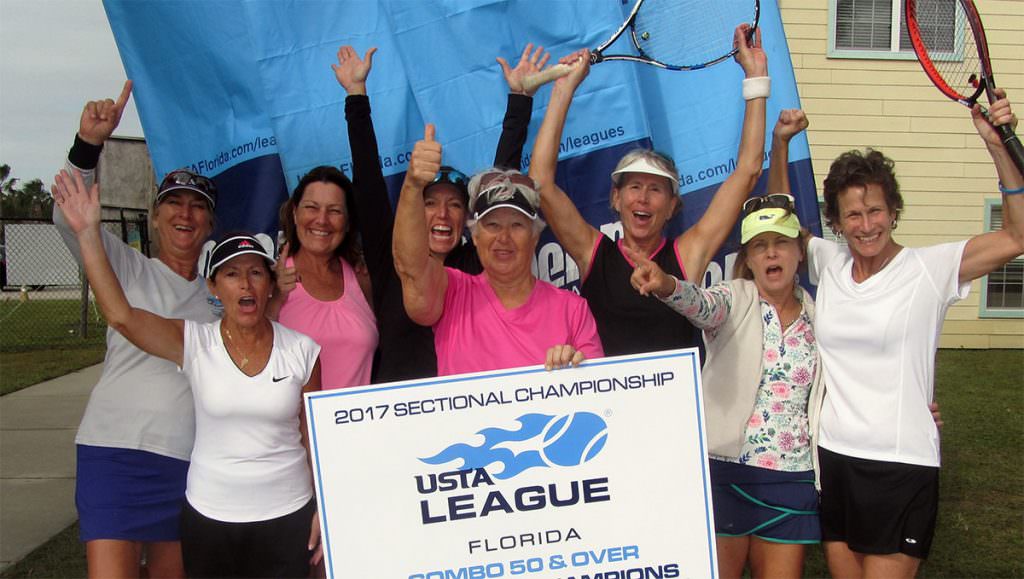 “USTA Florida is very proud of our teams that participated at the USTA League National Championships this year,” said USTA Florida Director of Leagues Christine Ducey. “We recognize all the hard work and dedication that it takes reach that level in our sport. Congratulations to all who strive for such excellence. Let’s break the record again in 2018!”

Here are the USTA Florida League teams that placed 1st-3rd at the 2017 USTA League National Championships:

The 2017 USTA League season was the fifth season with an updated structure and format that offers four age categories (Adult 18 & Over, Adult 40 & Over and Adult 55 & Over and Mixed 18 & Over) to better align participants with players their own age. A fifth age division, the Mixed 40 & Over, was added in 2014.