The 2020 Delray Beach Open by VITACOST.com announced that former world no. 8 Marcos Baghdatis has been added to Team World for their ATP Champions Tour legends event. Joining Tommy Haas (former world No. 2) and David Ferrer (former world No. 3), he will round out the international squad’s line-up in an action-packed holiday weekend of “Americas vs. World” team matches. 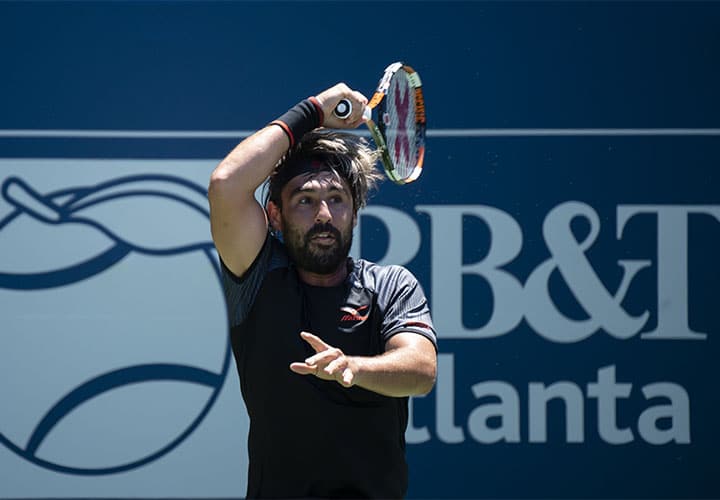 The former world No. 8 Baghdatis (CYP) is making his first appearance in Delray Beach after playing his final match on the ATP Tour at Wimbledon in July 2019. Earlier in his career, Baghdatis boldly announced his arrival to the game in 2006 when making the Australian Open finals at 20-years-old after beating Roddick, Ljubicic and Nalbandian in five set matches to make him the youngest Australian Open finalist since Moya (in 1997) and the lowest ranked Grand Slam finalist (No. 54) since Safin (No. 86 in 2004). Baghdatis ascended to the top ten in 2006 after reaching the semifinals of Wimbledon and, throughout his career, the Cypriot won titles in Beijing (2006), Zagreb (2007), Stockholm (2009) and Sydney (2010). Boasting wins over Roger Federer and Rafael Nadal, Baghdatis holds a 47-4 Davis Cup singles record with an all-time record 36-match singles win streak from 2003 through 2016. A former world No. 1 ranked junior player, Baghdatis won the 2003 Australian Open junior title and reached the US Open junior finals in 2002 and 2003.

“I am very much looking forward to coming to Delray Beach in February to compete in the ATP Champions Tour event! Throughout my career, I have always loved playing in South Florida and I am excited to see all the local fans that have such a great appreciation for our sport,” said Marcos Baghdatis. “The player field looks to be a very strong one, so I am looking forward to competing and being a part of this amazing event.”

“Adding Baghdatis, after Haas and Ferrer, this is not just going to be entertaining, this will be tennis at an extraordinary level. I think the players in our ATP 250 event might even be watching this match-up,” said Mark Baron, Tournament Director. “It’s very rewarding to see these guys continuing their careers here in Delray Beach. They’ve really responded to the team matches and the support from the City and fans.”

For more on some of the other players who have committed to the 2020 Delray Beach Open by VITACOST.com, click here.