For the third season players qualified for the USTA Florida “Bobby Curtis” Green Ball Sectional Championships by winning or finishing runner-up at one of the 16 designated Level 6 Regional Qualifiers held in January-September. The event also attracted a number of players who were already playing in adult “yellow ball” competition, but returned to the green ball for a final shot at a state championship title.

Auburndale’s Battilla, the No. 1 seed, in the girls’ final easing past unseeded Gabriella Harper of Delray Beach 4-0, 4-1. Battilla was a wrecking ball throughout the weekend, handing every one of her opponents a 4-0, 4-0 loss leading up to the final.

Winter Haven’s Bose, the No. 2 seed, in the boys’ final came from a set down to defeated No. 3-seeded Jack Lindstrom of Satellite Beach 3-5, 4-1, 11-9. It was a fitting finish for the grinding Bose, who also came back from a set down in the quarterfinals.

“The green ball bounces a little lower, more so into the hitting zones of these 10-and-under competitors, making them look like pros out there,” said USTA Florida Director of Competitive Tennis Jason Gilbert. “The level of play was so impressive. The Youth Progression Pathway has been so advantageous for these kids who have learned the game the right way with the kids-sized equipment and will subsequently have greater success when they have the size and strength to play with the adult yellow ball.” 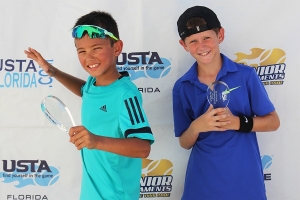 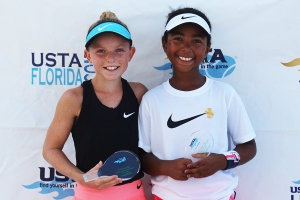 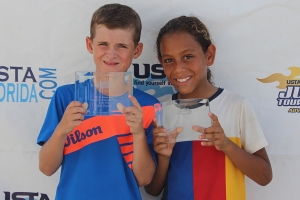 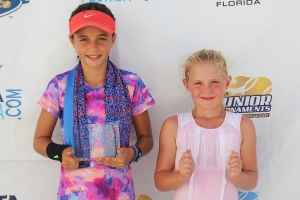 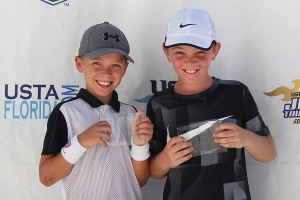 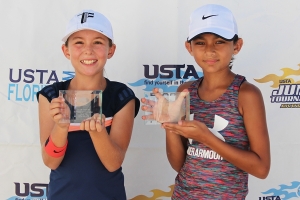 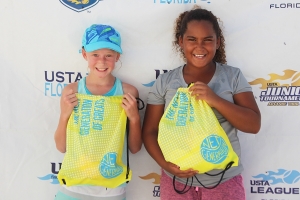