Editor’s note: In appreciation of the members of the vast Florida tennis community, all throughout April USTA Florida will pay tribute to the high school, collegiate, and club tennis seniors who have seen their respective seasons cut short due to the COVID-19 pandemic. Rather than let achievements and accomplishments both on and off the court be overshadowed by unexpected challenges, USTA Florida has given some of these seniors the chance to share the positives and successes they’ve had.

Samantha Maras is a senior at Lake Mary High School and has been a member of Lake Mary’s high school tennis team since her freshman year. During her senior season Maras went undefeated in singles and doubles, a momentum no doubt from her three-time claim of district champion in both types of competition. She was named to the all-area Central Florida tennis team during her sophomore and junior years, was a 4A state finalist in the singles ghost draw in her junior year and was named the Seminole County Girls Tennis Player of the Year in the Spectrum Sports Breakfast of Champions three years in a row. The 18-year-old has received a full scholarship to play Division I tennis at Samford University in Homewood, Alabama, just outside Birmingham.

How long have you been playing tennis?

I have been playing tennis since I was 4 years old.

I started playing tennis with my mom then later joined a high-performance group.

My favorite thing about tennis is the competition and all the friends I have made over the last several years. 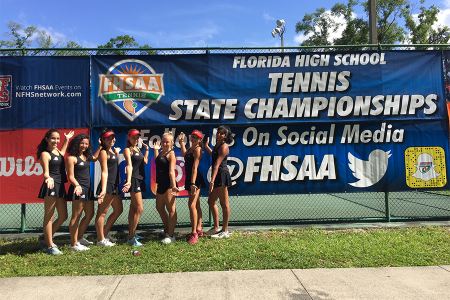 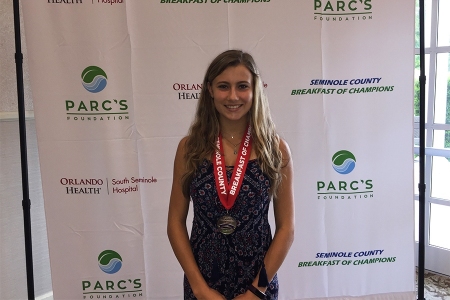 Of all your tennis achievements at Lake Mary High School, both individually and as a member of the team, which was your favorite moment and why?

One of my favorite individual moments was receiving the Girls Tennis Player of the Year (Seminole County Breakfast of Champions) award my freshman, sophomore, and junior years. Another favorite moment was making it to the finals of the ghost draw at the state tournament my junior year.

My favorite team achievement was making it to the state tournament my junior year.

What is your favorite memory from your career at Lake Mary High School?

The best part of being on a team is the camaraderie – you’re not just playing for yourself anymore, you’re part of a team. You cheer each other on and encourage one another – it’s not just another singles tournament. 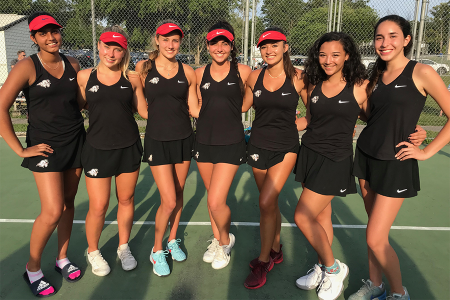 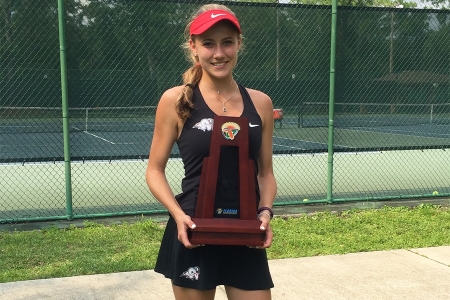 Tennis is a very important aspect of my life. I learned many things throughout my experience, such as how to work hard and how to handle a tough loss. It has also helped me become more disciplined since I had to balance training with a heavy AP workload at school.

What led you to ultimately choose Samford University when you were selecting the college you wanted to play at?

I chose Samford for several reasons. Firstly, I felt a strong connection with the women’s tennis coach, David Vest. I visited Samford twice – an unofficial visit in the summer and an official visit in the fall. While on campus, I really felt like it was where I was meant to be. Coach Vest spent a lot of time touring us around the campus, discussing the program, and answering any questions that I had. Also, Samford has a great sports med program and is located in a beautiful area – Homewood, AL.

What excites you the most about your career as an athlete?

I am most excited about getting to know my new teammates and continuing to improve each year. 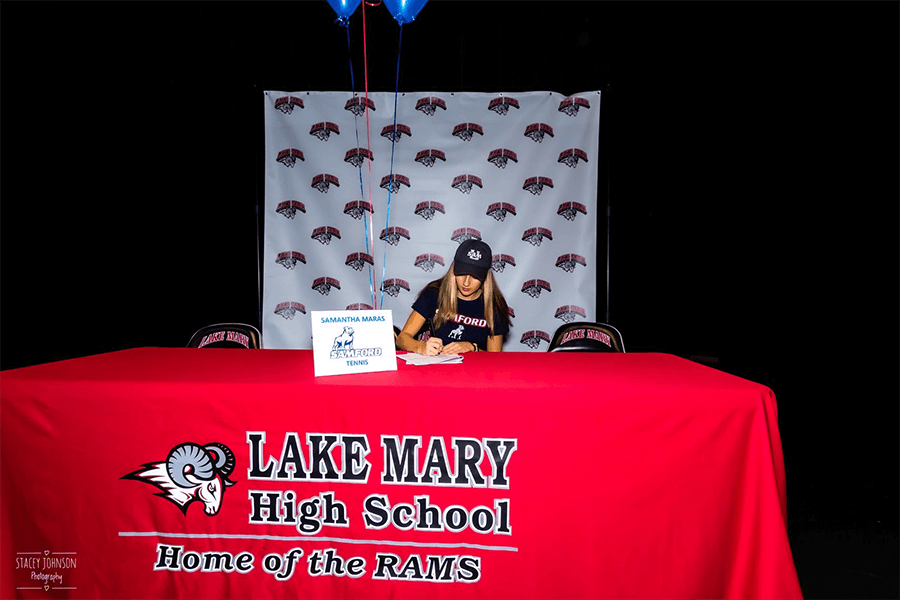 What do you plan to major in at Samford?

I plan to double major in Sports Medicine (Pre-med) and Exercise Science (Pre-PT).

I would like to become a doctor in the sports medicine field.

I highly suggest playing high school tennis. Tennis can be a lonely sport since most of your experience as a junior tennis player is playing singles in USTA tournaments. Being a part of a team is a totally different experience and is a great segue into college tennis.