Editor’s note: In appreciation of the members of the vast Florida tennis community, all throughout April USTA Florida will pay tribute to the high school, collegiate, and club tennis seniors who have seen their respective seasons cut short due to the COVID-19 pandemic. Rather than let achievements and accomplishments both on and off the court be overshadowed by unexpected challenges, USTA Florida has given some of these seniors the chance to share the positives and successes they’ve had.

22-year-old Luca del Olmo is a senior at the University of Florida and the President of the Gator’s club tennis team. A native of the U.S. Virgin Islands, del Olmo was part of the 2015 graduating class at the Gifft Hill School on the island of St. John. The Industrial and Systems Engineering major has been playing tennis for about 11 years and was consistently placed at the top of his age group while playing as a junior. His upbringing in a small place gave del Olmo the opportunity to play in the Junior Davis Cup, and he hopes in the future he’ll be able to represent the U.S. Virgin Islands in the Davis Cup.

I originally got into the sport of tennis because my younger brother started playing, so I just decided to play as well.

Aside from being able to compete and exercise, it would have to be the community you build with it. 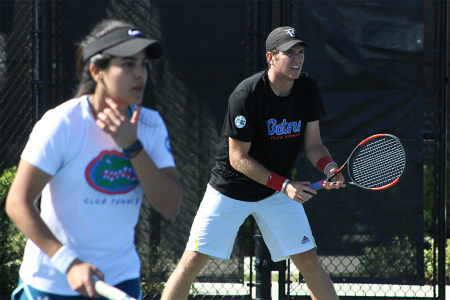 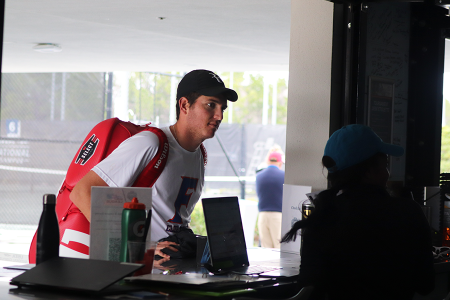 What led you to ultimately choose UF when you were selecting the college you wanted to attend?

I ultimately chose the University of Florida because it was close to home and a good school academically.

Why did you want to join the club tennis team and be part of the Tennis on Campus program?

Once I got to UF, I ultimately decided to join club tennis because I wanted to continue to compete. I had never been able to play in a team environment, so it was really interesting to me.

Of all your tennis achievements with UF Tennis on Campus, both individually and as a member of the club, which was your favorite moment and why?

My favorite team moment, or team achievement, would be placing third at Nationals my freshman year. As for individual, it would be winning mixed 6-2 after going in down by 3 at FTCU tournament last season.

What has your involvement with the organization meant to you?

I was club president this year but being involved in club tennis every year was a huge part of my college experience. Whether it was the social aspect, being able to compete, or just to get exercise. It offered a way to escape all my exams and homework. 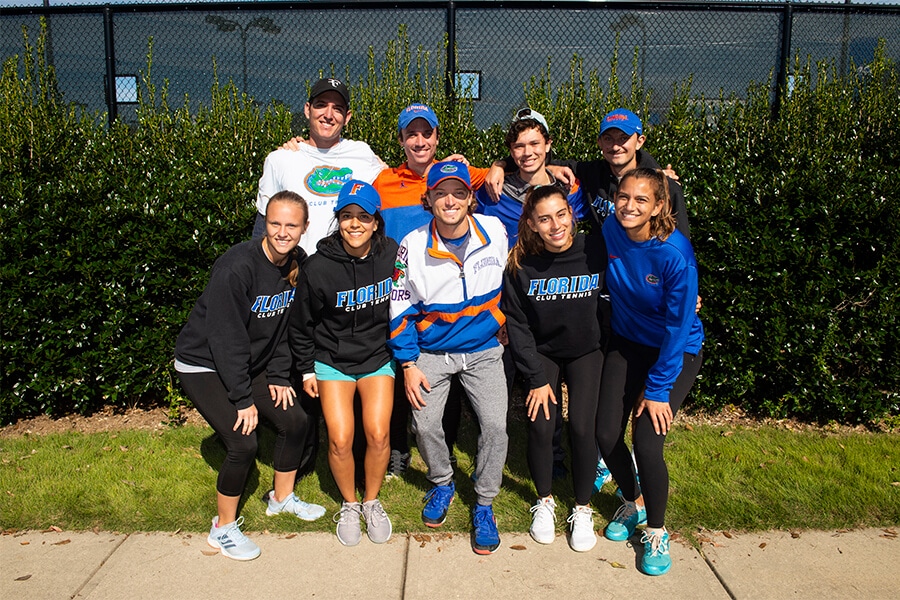 What do you hope to do after graduation?

When I graduate, I plan to work for a year or two and hopefully after that come back for a Masters of some sort.

What advice would you have for high school tennis players and high school athletes, in general, looking to play collegiate athletics?

It’s always possible to find a balance between school and the sport you play. Don’t let go of the sport; there is always a possibility or a way to compete and continue playing.

For more information on the USTA Florida Tennis on Campus series, visit www.ustaflorida.com/TOC.