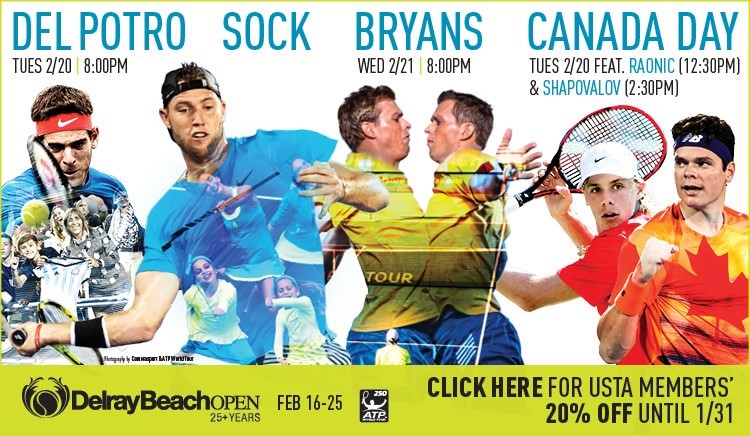 “Adding the US Open finalist is just icing on the cake for us,” said Tournament Director Mark Baron of the event to be held on Feb. 16-25 at the Delray Beach Stadium & Tennis Center. “When you look at the quality of players on this list, it is amazing how far we’ve come. The stars will be plentiful and fans should take the opportunity to come on out.”

Raonic and Shapovalov play their first-round matches during a Tuesday (Feb. 20) “Canada Day” day session, while Del Potro plays in the nightcap at 8 p.m. The Bryan brothers play in Wednesday (Feb. 21) evening’s feature match at 8 p.m.

For tickets or more info go to www.YellowTennisBall.com.