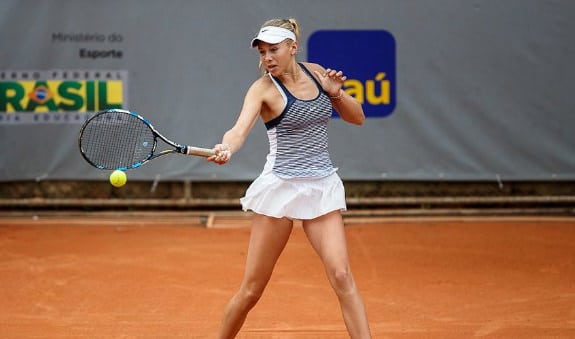 In the final the 28-year-old Govortsova broke for a 5-3 lead in the third set, and closed the match out on her fourth match point. The two players combined to hold serve only 12 times over 28 games.

The semifinals saw Anisimova end the run of Vicky Duval, who was making her return after a bout with cancer, defeating her fellow American 6-0, 6-2. Duval earlier in the tournament had toppled No. 1 seed Eugenie Bouchard of Canada. Govortsova in her semifinal outlasted No. 5 seed Ons Jabeur of Tunisia 5-7, 6-3, 6-2. 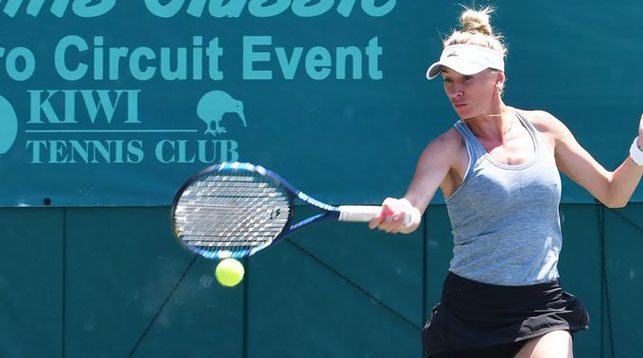 Govortsova was a runner-up at the event in 2007. Currently in her 15th year as a pro, she is 0-4 career in WTA-level singles final, and 8-6 in doubles finals.

Anisimova, last year’s French Open juniors runner-up, dropped to 0-2 in ITF/USTA Pro Circuit finals. Last month she fell to Russian Anastasia Potapova in three sets in the final in Curitiba, Brazil, where she was a main draw qualifier. This year she also received a wild card into the WTA-level Miami Open, losing in the first round in three sets to American qualifier Taylor Townsend.

In the doubles final, unseeded Americans Kristie Ahn and Quinn Gleason won their first title as a team, defeating No. 2 seeds Laura Pigossi of Brazil and Renata Zarazua of Mexico 6-3, 6-2.