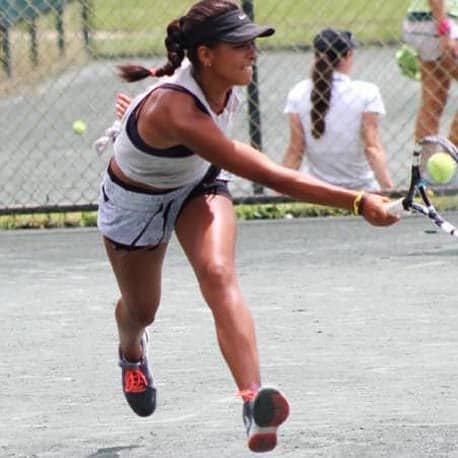 Born in the U.S. to a Puerto Rican mother and an African-American father. Currently ranked No. 18 in the USTA Florida standings. She will be playing at the Bobby Curtis doubles with Sophia Edwards with whom she has never played before as a partner.

Favorite Memory on the tennis courts: “When I was 12 years old I was playing the 14’s in New England. During my semifinals match I played a girl I had never beaten and was 6-6 in the 3rd set. I was down in the tie breaker 6-2 with lots of kids cheering against me (including some friends), that just made me be stronger and encouraged me not to give up. I ended up winning the match 8-6 in the tiebreak. It was a 3-hour match! Also, when I was 10 years old I wrote a poem about tennis that was then published in a book…something I am very proud of.”

How do you feel about being Hispanic: “I love identifying myself as Hispanic! Though I do not speak Spanish fluently I understand it and I am working hard on being better at speaking it.”

Why do you think more Hispanic kids should play tennis: “Tennis is a great sport for everyone (not only Hispanics). It makes you stronger, helps you mentally and physically and teaches you not to give up in anything in life. If it was not for tennis I would not be the person I am today.” 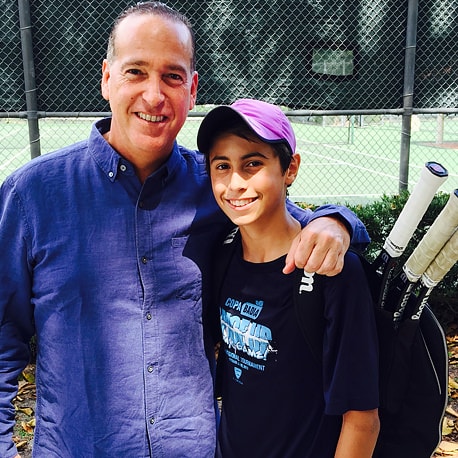 Born in the U.S. to a Cuban father and an American mother. Currently ranked No. 28 and hoping to improve after recovering from a rotator injury that kept him six months without playing. Former No. 1 in the 10’s, No. 2 in the 12’s in the Florida standings and with a high ranking of No. 9 nationally in the 12s. He will be playing at the Bobby Curtis doubles championship with Jack Lee who he trains with.

Most proud of:  Winning the National Open Level 2 in singles in 2012 (Boy’s 12’s ) and the doubles division of the same event with Luis Siegler.

Favorite Memory on the tennis courts: “Winning both titles of the national open in Texas in 2012.”

How do you feel about being Hispanic: It means a lot! I love the way we are at home and the meals we eat, besides having my uncle from Venezuela being such a big influence in my tennis career. He played Davis Cup for that country. I understand Spanish and I work very hard to improve my ability to speak it better.”

Why do you think more Hispanic kids should play tennis: Tennis is a great sport. It opens up a lot of opportunities to meet people, for college and it is just a great experience!