The Netherlands’ Arantxa Rus and Peru’s Nicolas Alvarez won the women’s and men’s titles respectively over the weekend at the ITF World Tour $25,000 tournament, part of the Oracle Pro Series, in Orlando at the USTA National Campus. 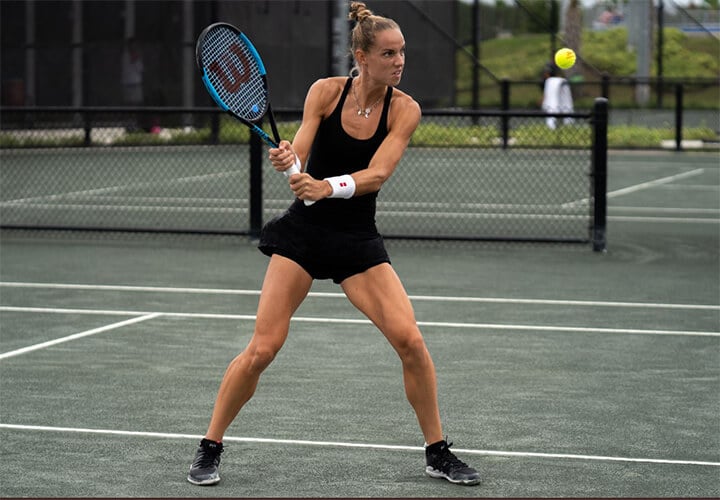 A former world No. 1-ranked junior, Rus avoided catastrophe in her opening round when she lost the first set 6-0 but rebounded to win in a third-set tiebreaker over unseeded Gabriela Tabala of Romania. She then beat Americans Dasha Ivanova and Claire Liu in straight sets before easing past No. 8-seeded German Stephanie Wagner 6-3, 6-0 to move into the final.

Fetecau was forced to work hard throughout the week, winning her first three matches in three sets before easing past American Maria Mateas 6-2, 6-0 to advance into the championship round.

The 28-year-old Rus is now 24-10 in career ITF/USTA Pro Circuit finals, improving to 10-1 this year, and winning her 10th consecutive final in a row. Fetecau was attempting to win a second career title after a $15,000 event victory in Cairo last year.

The unseeded tandem of American Katherine Fahey and the German Wagner won the doubles title, in the final defeating the No. 3-seeded team of Brazil’s Carolina Meligeni Rodrigues Alves and Mexico’s Renata Zarazua 4-6, 6-2, 10-7.

Alvarez’s only other singles challenge came in the second round when he outlasted Justin Roberts of the Bahamas 6-4, 3-6, 6-2. Sakamoto avoided an upset in the quarterfinals when he beat No. 7 seed Adam Moundir of Morocco 3-6, 6-3, 6-4, and in the semifinals when he came back from a set down to outlast No. 4 Tomas Martin Etcheverry of Argentina 4-6, 6-1, 6-2.