Alachua 7.0 and Broward 9.0 Teams Captured Titles at the Mixed 18 & Over Sectional Championship

Teams were competing in dual matches consisting of three courts of doubles contests; at least two of those three courts were needed in order to claim the dual.

All three courts between Orange/Seminole/Lake and Broward were decided in straight sets, with Orange/Seminole/Lake taking the top two lines to advance, Nikki Anne Ballelos and Alfredo Sy teamed up for a 6-1, 6-3 victory at the top spot while Lisbeth Santiago and Pedro Hernandez claimed court two 6-1, 6-4. For Alachua, they won all three matchups while giving away a mere 12 games in the process. Cynthia Thibault and Boris Kuchuk played line one, coming through 6-0, 6-4 to go along with Megan Molyneux and Harrison Thibault breezing through the second position 6-1, 6-1. The sweep was completed with a 6-4, 6-2 effort by Kristina Ford and Corey Sobers.

Commanding performances on courts one and two in the final gave Alachua the divisional crown over Orange/Seminole Lake. Molyneux and Harrison Thibault moved up to line one, where they bested Zesa Manhart and Glenn Montenegro 6-4, 6-1. Fort and Sobers also slid up one spot to the second position, dismissing Ballelos and Sy impressively 6-1, 6-0. Santiago and Hernandez got Orange/Seminole/Lake on the board with their extended 4-6, 7-5, 1-0 victory on court three over Bridgette Wicke and Jonathan Wright.

The class of the 9.0 competition from start to finish was the crew from Broward. They entered the day at 3-0 overall, having lost just one individual matchup on the weekend. Broward would clinch the title in emphatic fashion on Sunday, recording two more sweeps, including dispatching the other squad to enter the day undefeated in Alachua (D B Racquet Club – Gainesville). Sarasota (Independent) – the only team to take a court from Broward – would eventually take runner-up honors thanks to their head-to-head win over Alachua, which finished third. 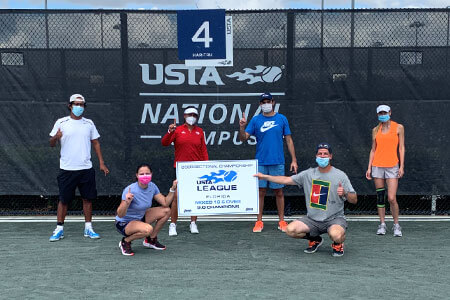 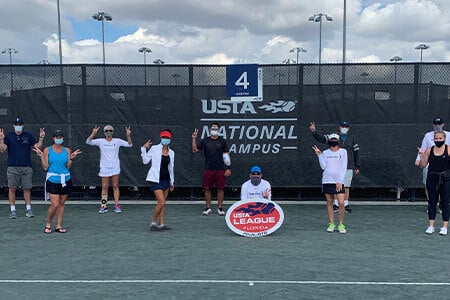 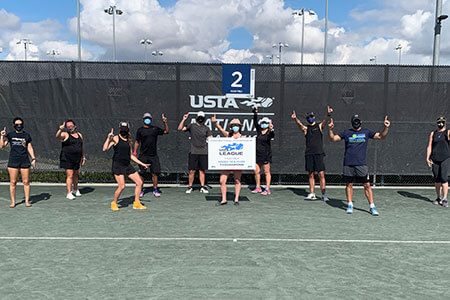 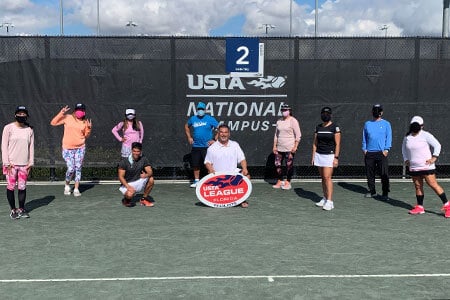