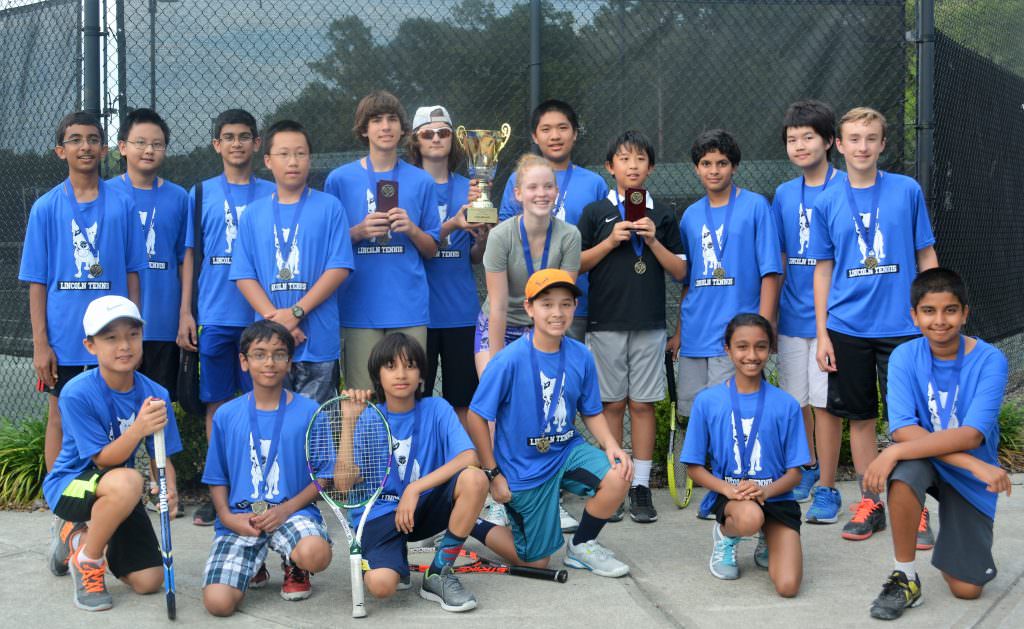 The Gainesville Area Community Tennis Association (GACTA) this spring sponsored the sixth season of its no-cut GACTA Middle School Tennis league, which provided almost 150 local middle school students, from beginner to advanced players, an opportunity to play tennis in a team format for their school.

The Middle School League Team Championship, mirroring the FHSAA State Tennis Championship, this year changed to a team vs. team format (with an emphasis on doubles), held at the Jonesville Tennis Center.

Lincoln Middle School won the 2016 Middle School Championship for the first time, upsetting Jordan Glen School, which had reigned as tournament champion for the past four years. Jordan Glen ended up the tournament finalist, with Oak Hall School coming in third place. The No. 1 doubles team of Ethan Cockey and Kejin “Jackson” Dong was also recognized. 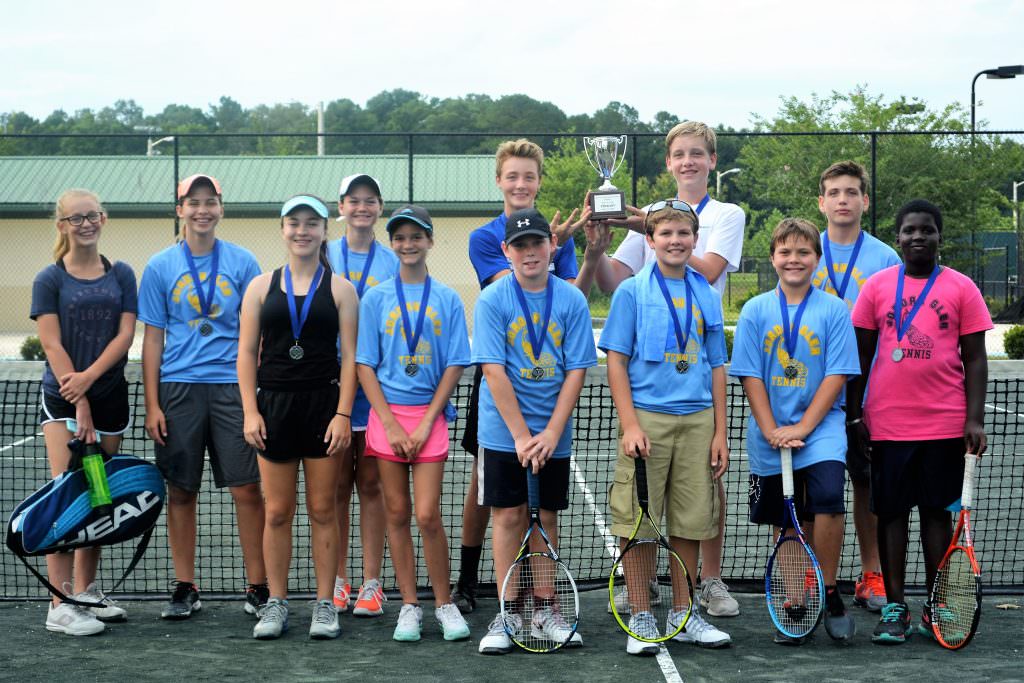 “GACTA’s no-cut middle school tennis program is sustainable because the hard costs are covered by a modest participation fee of $55, and because our local private and public tennis facilities generously provide teaching pros for practices and courts for both practices and matches,” Koterba says. “In addition, the parent-coordinators provide a great deal of volunteer help. The participation fee also generates enough revenue to provide scholarships for students from low-income families, as well as support GACTA’s Aces in Motion tennis outreach program for at-risk youth.

“This year, for the first time, Elizabeth Patterson, the parent-coordinator for Westwood Middle School and Taylor Byle, both whom had coached a Special Olympics tennis group, provided a unified playing experience for several of those players. They attended practices and competed in matches, as a part of Westwood’s team.

“Teamwork and sportsmanship is what this program is really about,” Koterba added. “We just want kids of all backgrounds and all abilities to be able to go out and play and learn how enjoyable the game can be. We like to emphasize that tennis can be a great team sport, whether playing for your school’s team or playing as a doubles team.”

Courts for match play for the middle school league were provided by Jonesville Tennis Center, Westside Tennis, Oak Hall School, and the Haile Plantation Golf and Country Club, and all of the facilities, as well as the 300 Club, “adopted” teams for practices. The new champions, Lincoln Middle School, was coached by Alexis King and Abdoulaye Toure, and the parent coordinator was Kim Beck.

For more information on GACTA’s programs, please visit www.gainesvilletennis.org or go to Gainesville Tennis or Aces in Motion on Facebook.