Escambia (Roger Scott Tennis Center – Pensacola) and Alachua (Haile Plantation Country Club – Gainesville) continued their dominating ways in the women’s 6.5 division to set up a showdown in the championship match. Both went undefeated in flight play, with Escambia sweeping all nine courts and Alachua taking eight.

The title was fittingly decided by a match tiebreak at line three after the top two spots ended in straight sets. Alachua’s Marie Trabbic and Genne DeHenau McDonald cruised 6-3, 6-0 on court one; the pairing of Jacqueline Wallace and Jeannette Fabbro countered with a 6-1, 7-5 victory on court two for Escambia. At the all-important third position, the Alachua tandem of Tami Armstrong and Davette Wycoff battled to take an extended opening frame 7-5, but they would not be able to hold onto the lead, as Escambia’s Kelly Dempsey and Tanya Hughes stormed back for the 5-7, 6-2, 1-0 triumph.

As anticipated, the men’s 7.5 title came down to the morning dual between Pinellas (Seminole Lake Family Tennis) and Broward (Midtown Athletic Club – Weston), the two undefeated teams entering the day. All three courts would end in straight sets, with Pinellas prevailing on two of them to gain the upper hand; they would close out a perfect 4-0 weekend emphatically with a sweep. In total, Pinellas won 11 of the 12 individual matchups their players competed in for the event.

The class of the women’s 7.5 division from start to finish, Pinellas (McMullen Tennis Complex – Clearwater) capped off an impressive two days by sweeping aside Alachua (D B Racquet Club – Gainesville) to bring home the crown. Pinellas entered the championship dual with an unblemished 3-0 record while Alachua came in with two wins and one loss. All three first sets would be close, with Pinellas going ahead at the top two spots. Cheryl Pawlowski and Mary Jacobs raced to the finish line with a 7-5, 6-0 effort on court one while teammates Monica Sanchez and Deirdre West hung on for a 6-4, 6-3 victory at line two. Kelly Hansen and Rachel McCaskill closed out the sweep thanks to coming from behind to claim court three 6-7, 6-3, 1-0.

Both the men’s 6.5 and men’s 8.5 divisions wrapped up a day early. In 6.5 action, Marion (Fort King Tennis Center – Ocala) bested Alachua (300 Club Inc. – Gainesville) twice to secure the title. The morning dual ended in a 3-0 sweep before Marion hung on to win by a 2-1 margin in the afternoon. Meanwhile, for the 8.5 division, Broward (Parkland Tennis Center) downed Orange/Seminole/Lake (Heathrow Racquet Club – Altamonte Springs) two courts to one in the morning session and came back in the afternoon to emphatically clinch the division via a 3-0 sweep. 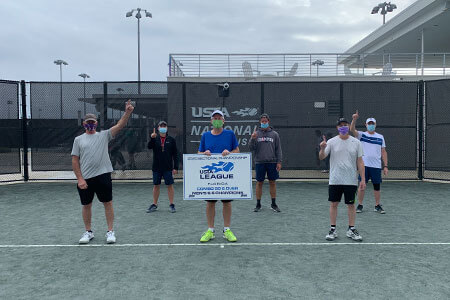 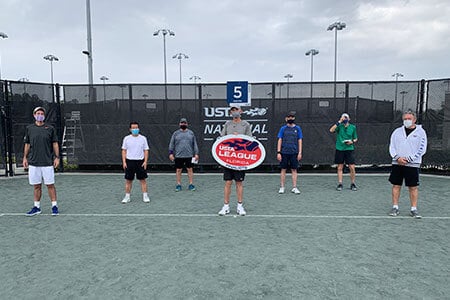 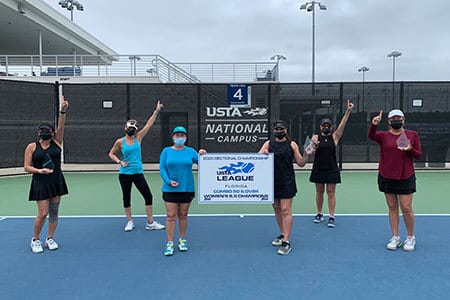 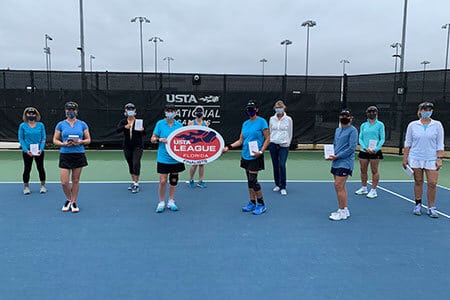 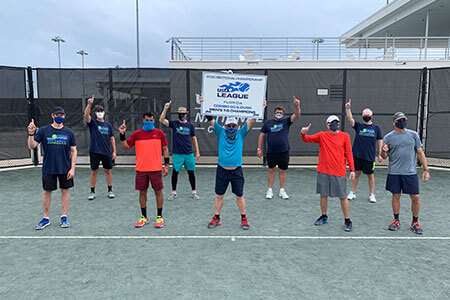 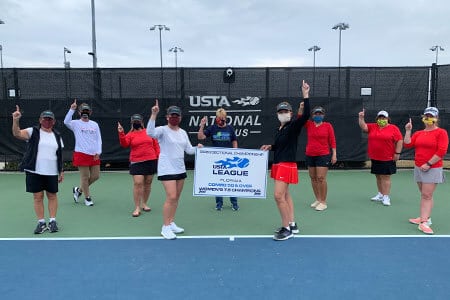 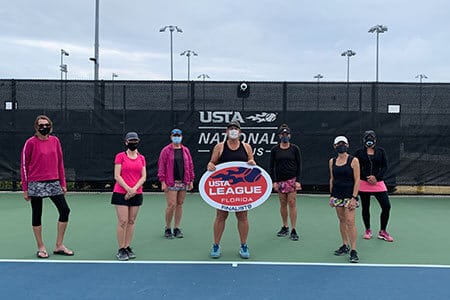 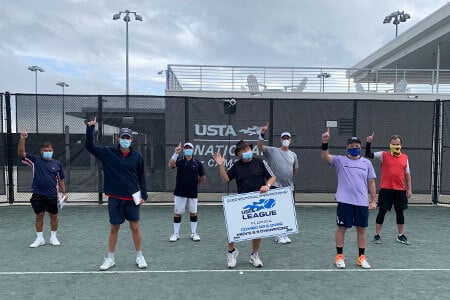