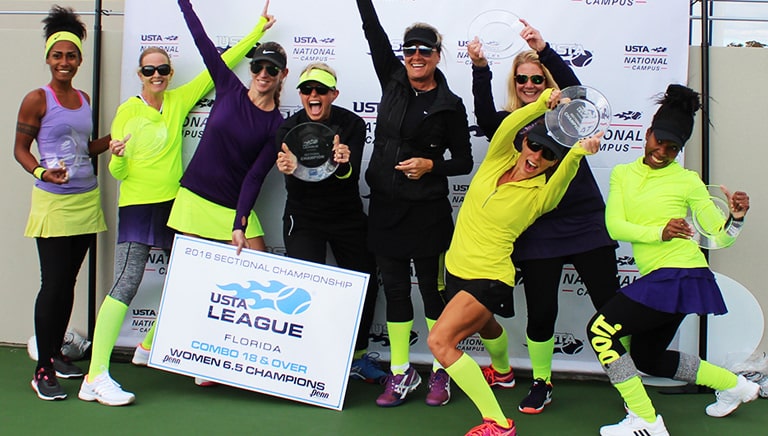 USTA Florida League Sectionals christened the new USTA National Campus over the weekend as four teams were crowned sectional champions at the Combo 18 & Over 6.5/8.5 League Championships, Jan. 6-8, 2017, the first-ever event held at the USTA National Campus in Orlando.

Teams battled in men’s and women’s doubles-only 6.5 and 8.5 divisions on the hard courts of the USTA National Campus, where the weather turned into an additional adversary. Beautiful weather on Friday gave way to challenging conditions on Saturday and Sunday as a cold front brought in rain and chilly temperatures. 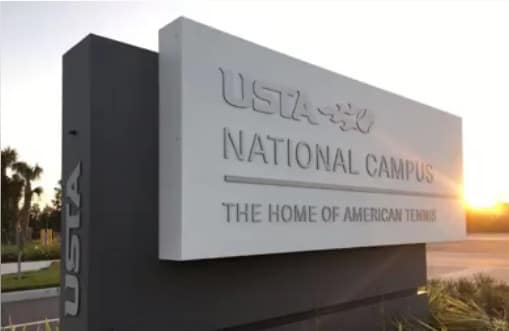 “My team’s experience at the USTA National Campus was absolutely phenomenal,” said men’s 6.5 division-winning team captain Kevin Sims from Oakland Park, near Ft. Lauderdale. “The staff there were just so helpful and very customer-service oriented. The facility was just state-of-the-art. When my players arrived they told me playing at this facility is like playing at majors, but on a recreational level. All of my players upped their game because the facility motivated them more.”

The USTA National Campus began a new USTA Florida Section League tradition by allowing sectionals-title winning team captains to sign the wall next to the tournament desk in the check-in area. 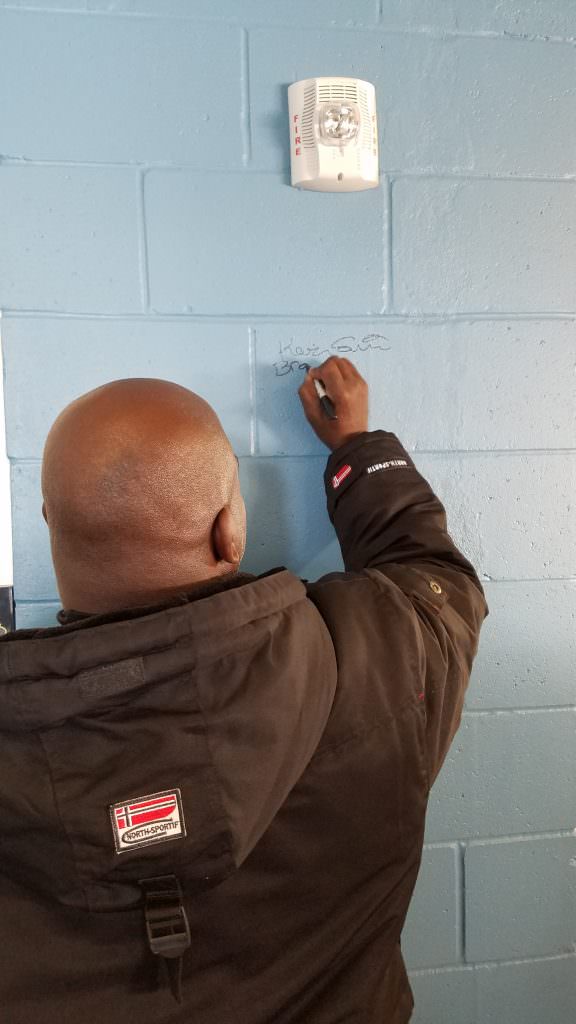 “I was the first to sign the captain wall of champions, I was honored, that was so cool,” Sims said. “The entire time on the USTA National Campus my players were on a natural high and could not stop from smiling as they toured the facility. The facility was like a tennis mecca. My players are very diverse, but one major item they all had in common is the love for tennis and the admiration for a well-developed facility. My hat goes off to everyone who was involved in putting this together. My team is very eager and has motivation to do even better in our local league so that we can return to the USTA National Campus.”

Broward’s sectional championship title brings them into a tie with Pinellas County for the lead in the 2016 USTA Florida League Champion Cup Standings (see below). One 2016 sectional championships remains next weekend, which will close out the 2016 league season. The USTA Florida League Champion Cup will be presented to the Florida county team winning the most league sectionals titles during the season.

More than 500 players competed during the weekend, with teams representing various clubs, parks, recreational departments and organizations that finished at the top of their local leagues during the 2016 season. The USTA Florida Combo 18 & Over 6.5/8.5 League Championships were highlighted as the first league sectionals to feature live streaming, allowing friends and family the ability to watch live matches via computer or mobile devices. With 100 tennis courts spread across 64 acres, the USTA National Campus offers unparalleled playing, training and educational experiences for recreational players, competitive players, coaches and spectators.

“After settling for finalists last year, our team vowed to be champions this year,” said Kim Andrews, captain of the Escambia County women’s 6.5 championship squad. “To be one of the first victors at the new USTA National Campus was the icing on the top. The coolest part to our win was how many people posted a picture of themselves watching us on the live streaming back at home and across the country. I can’t say enough about this experience.”

Here are the results from the division finals: 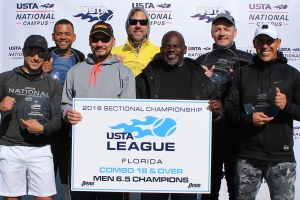 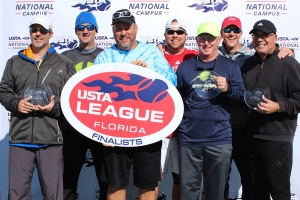 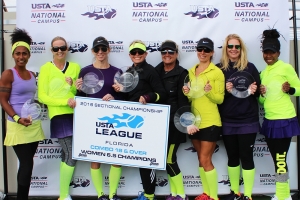 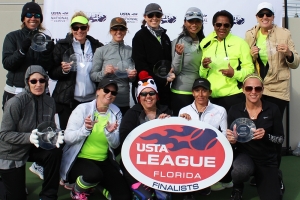 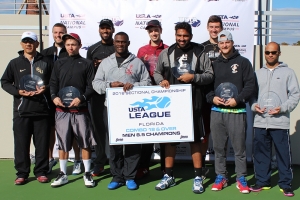 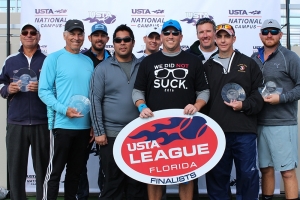 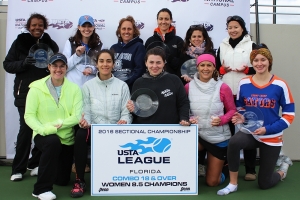 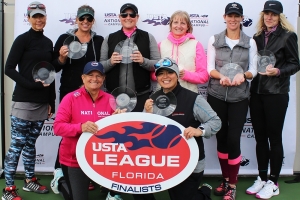 For Combo 18 & Over 6.5-8.5 doubles-only division play, the combined NTRP (National Tennis Rating Program) ratings of each doubles team may not exceed the level in which they are competing, and the NTRP rating difference between members of an individual doubles pair may not exceed 0.5. For more information on NTRP levels go to www.usta.com/Adult-Tennis/USTA-League/Information/About_NTRP.

Broward’s title at the 6.5/8.5 Combo Sectionals vaults them into a first-place tie with Pinellas with one sectional championship remaining in the 2016 season. Here are the current league sectional title leaders for the 2016 season (through Jan 9, recent winners in bold):