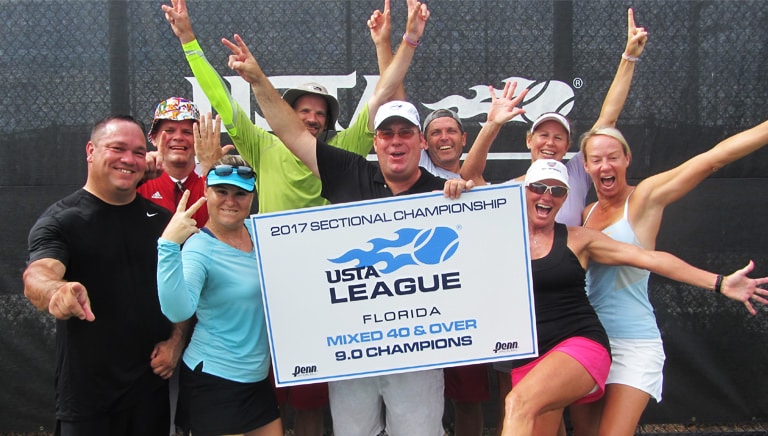 Pinellas on Sunday won a fourth consecutive USTA Florida League Sectionals title in the 9.0 division, and Leon County won its first title of the year at the USTA Florida Mixed 40 & Over League 7.0/9.0 Sectional Championships, held June 9-11 at the USTA National Campus in Orlando.

“We have some veteran teammates and some newbies, and everyone worked together to achieve our ultimate goal to make it to nationals this year,” said Leon County captain Denean Sykes, whose team plays out of Forestmeadows Park in Tallahassee. “We recognize the privilege it is to win the state title when we are from a small tennis community competing against larger cities. The finalists Polk County were some of the best competitors that we faced and we love friendly competition and congrats to them. We are looking forward to competing in Mobile.”

“We had an awesome weekend at the new facility,” said Pinellas captain Josh Melton of the USTA National Campus. “We came to Lake Nona with just four lines. Our team dropped only one individual match this whole weekend. Every team we played was very solid, we were just fortunate enough to pull through and come out on top. That says a lot because the talent level in Florida is just incredible.”

Pinellas and Leon denied Polk and Escambia counties their first sectional titles of the year in their respective division finals. Pinellas with the win rockets from 5 to No. 2 on the USTA Florida League Championship Cup standings (see below).

The event drew the top Mixed 40 & Over teams from throughout Florida, representing various clubs, parks, recreational departments and organizations that finished at the top of their local leagues. Teams consisting of three doubles lines competed in a non-elimination round-robin format, with flight winners advancing into a single-elimination semifinal followed by the final.

NTRP levels of play were a combined 7.0 and 9.0. For more information on NTRP levels go to www.usta.com/Adult-Tennis/USTA-League/Information/About_NTRP. 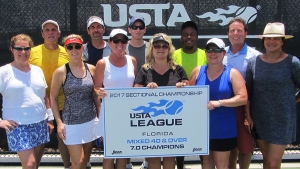 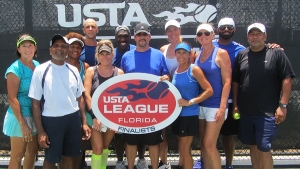 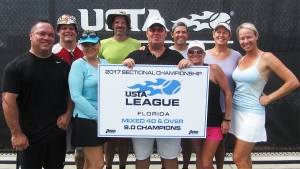 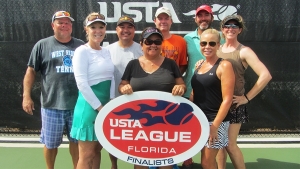 Duval retains the lead, but Pinellas leaps into a tie for second place following their second title of the season at the Mixed 40 & Over Sectionals. The USTA Florida League Championship Cup is awarded to the county with the most league sectionals titles during the 2017 season (standings through June 12, most recent winners in bold):

Established in 1980, USTA League has grown from 13,000 participants in a few parts of the country in its first year to more than 904,000 players across the nation today, making it the world’s largest recreational tennis league. The league groups players by using six National Tennis Rating Program (NTRP) levels, ranging from 2.5 (entry) to 5.0+ (advanced). USTA League is open to any USTA member 18 years of age or older.