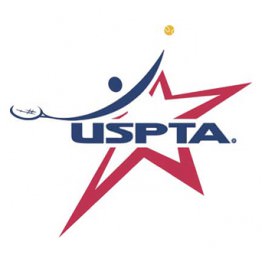 Tom Gullikson (Boca Raton) joined the ranks of only 17 others when he was inducted into the USPTA Hall of Fame. The association’s highest honor recognizes excellence in the tennis profession and commitment to USPTA.

Gullikson is the lead national coach for men’s tennis with USTA Player Development. He has coached top players such as Todd Martin, Jennifer Capriati and Andy Roddick, and he was the U.S. Davis Cup captain from 1994-1999. As a player, Gullikson won 16 top-level doubles titles, 10 of them with his twin brother, Tim. Tom earned his only Grand Slam title in 1984 at the US Open, taking home the mixed doubles championship with partner Manuela Maleeva. Tom joins his brother Tim as the only siblings in the USPTA Hall of Fame

Earning USPTA Master Professional status was Stan Oley (Viera), while Warren Lem (Naples) was presented with the USPTA President’s Paul Waldman Award by USPTA President Tom McGraw for his contributions to the USPTA Foundation, and Richard Macey (Bradenton) was named the Facility Manager of the Year, Large Facility.

Naples’ Lem as president of the USPTA Foundation was instrumental in finding new avenues to raise money to support the mission of helping economically disadvantaged people learn tennis.

Bradenton’s Macey, as manager of IMG Tennis at the IMG Academy for the past three and half years, helps manage the 52 staff tennis professionals who teach the 230 full-time student-athletes, in addition to the 4,000 weekly students over the course of the year.  He has emphasized the importance of certification and in 2015, made it mandatory for all tennis professionals to be USPTA-certified. Macey, a USPTA Elite Professional, was also the 2015 USPTA Florida Division Facility Manager of the Year.

For more information and a full list of award winners visit www.uspta.com.