With the women’s 3.0 win Escambia ended a three-year stranglehold on the division by Duval County. Palm Beach County won its first 55 & Over sectional title since the USTA began the age division nationwide in 2013.

The three championship teams next advance to represent the USTA Florida Section at the USTA 55 & Over League National Championships on Nov. 1-3 for the 4.0, and on Nov. 8-10 for the 3.0, both in Surprise, Ariz. 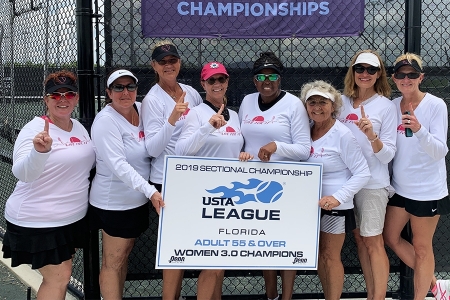 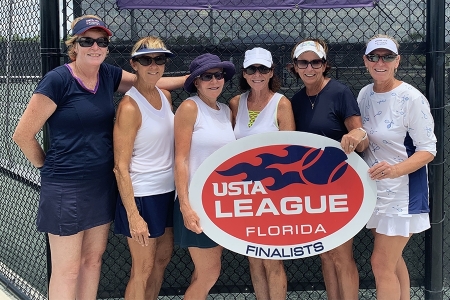 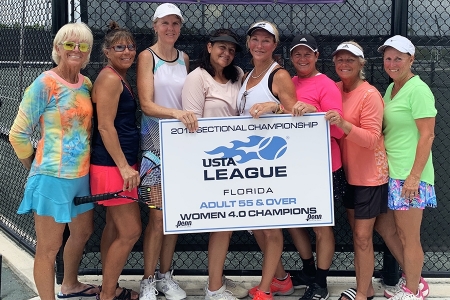 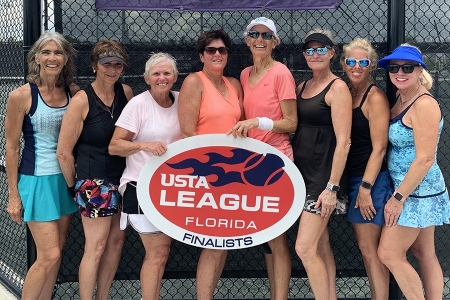 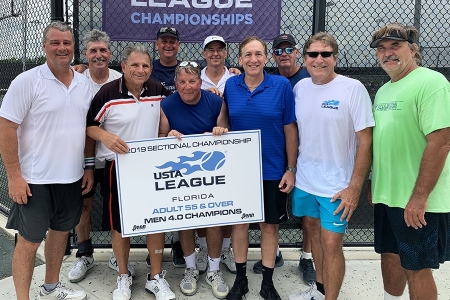 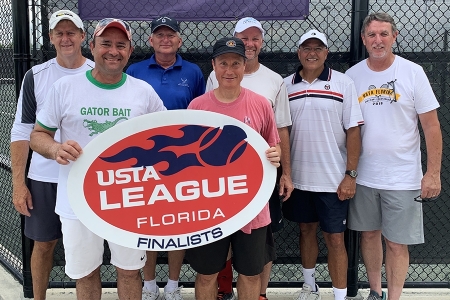 Teams consisting of three doubles lines competed in a non-elimination round-robin format. The winner of each flight/division was determined by team matches won. The winner of each flight then advanced into a single-elimination semifinal followed by the final. NTRP levels of play were 3.0 and 4.0. For more information on NTRP levels go to www.usta.com/en/home/play/play-as-a-member/national/about-ntrp-ratings.html.

The USTA Florida League Championship Cup is awarded to the county with the most league sectionals titles during the 2019 season (standings through May 8, recent winners in bold):