The 2022 USTA Florida “Bobby Curtis” Championships took place at the USTA National Campus over the course of five days with over 500 athletes in attendance.

There were no repeat champions, despite some reaching the finals and having a good shot at it. Instead, eight different players took home the honor of Bobby Curtis Champions. The atmosphere was amazing, and you could sense that no player wanted to make a mistake.

If you missed any of the action or want to relive it, check out the full tournament results to get a recap of the championship matches and final placings in each division. 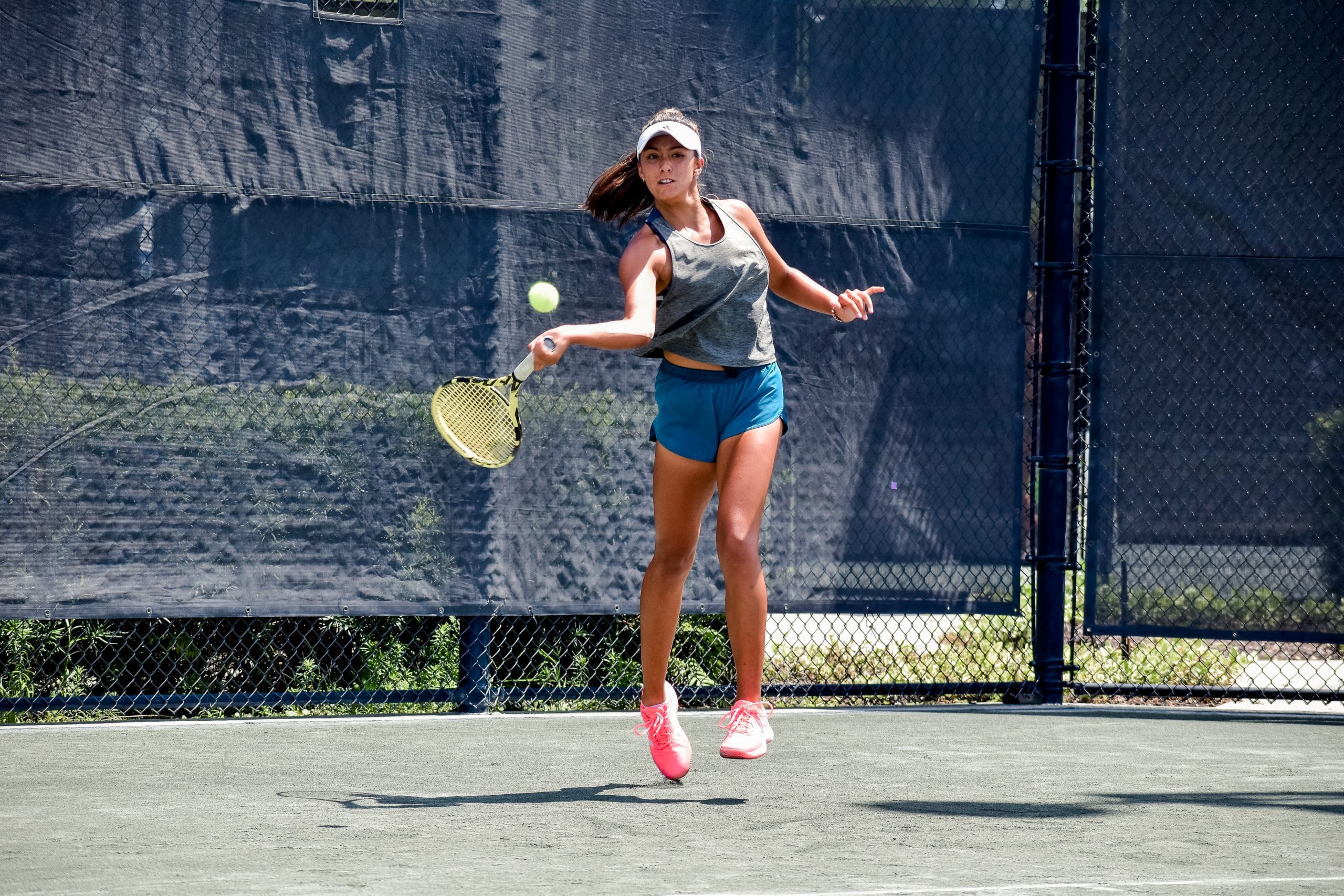 Players have been on the court for five days, battling it out for the championship.

Top seed Anushka Khune matched up with long-time friend and 2020 Bobby Curtis Champion Natalie Block for the 18s title. Khune came out firing in the first set, winning it 6-2.

In the second set, Block fought back, and you could feel the tension in the air from the two players. The two exchanged a couple good rallies, Khune was able to break Block to secure the championship.

After the match, Khune said that it was a really great game and the feeling was amazing. “I know this is a really prestigious tournament, so I’m happy to win it.” 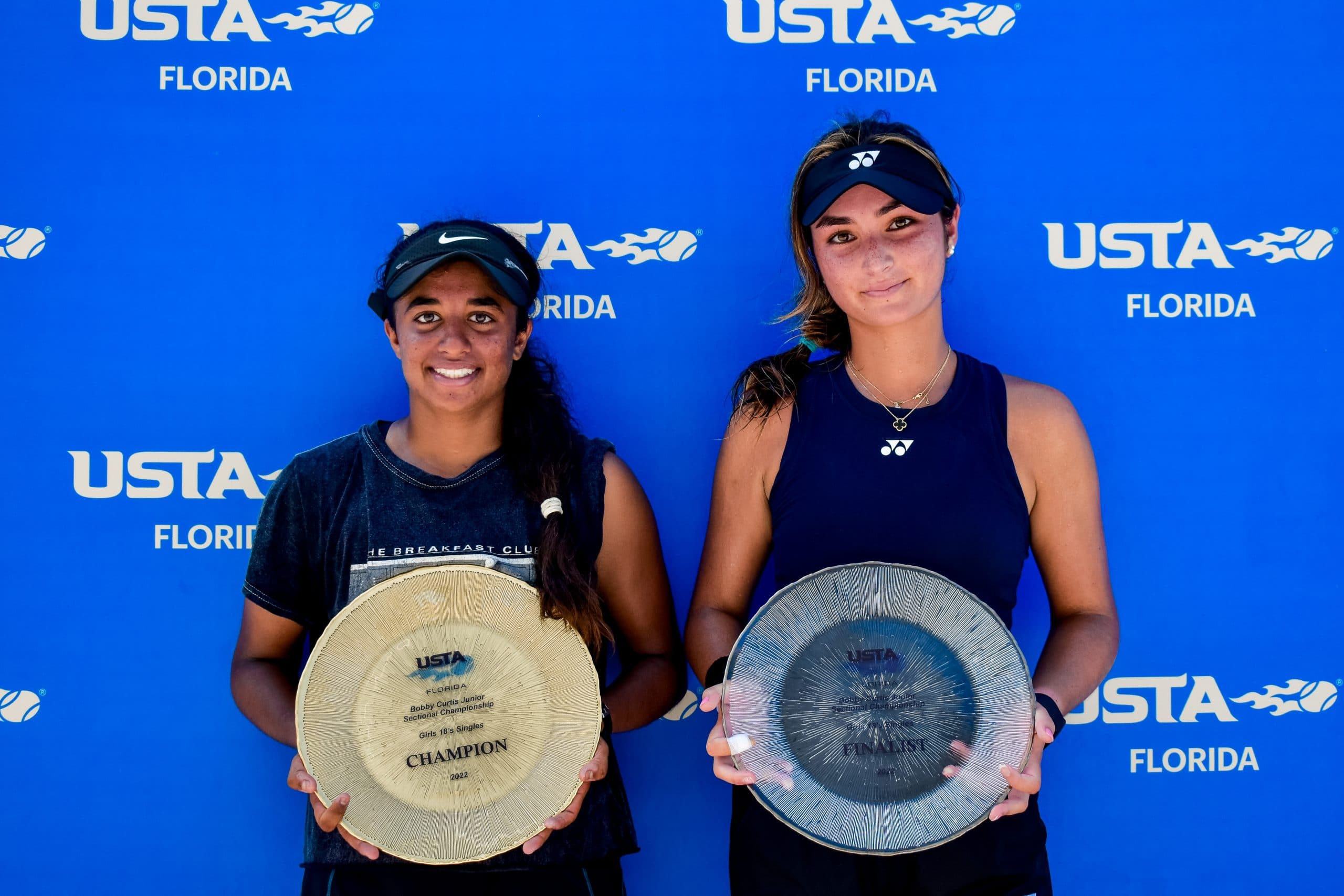 Anushka Khune and Natalie Block in the Girls 18s.

The Boys’ 18s finals was dominated from start to finish by fifth seed Leonardo Dal Boni. He came out swinging in the first set and never gave his opponent, Roberth Zhang, a chance to get comfortable in the match.

With the help of his powerful serve, Dal Boni was able to avenge his 2020 finalist finish and capture his first gold plate with two 6-1 set wins.

After the match he said, “It means a lot to me, I previously had the silver plate in 2020 and after that I couldn’t play for a whole year. So, winning this trophy now is really special to me.” 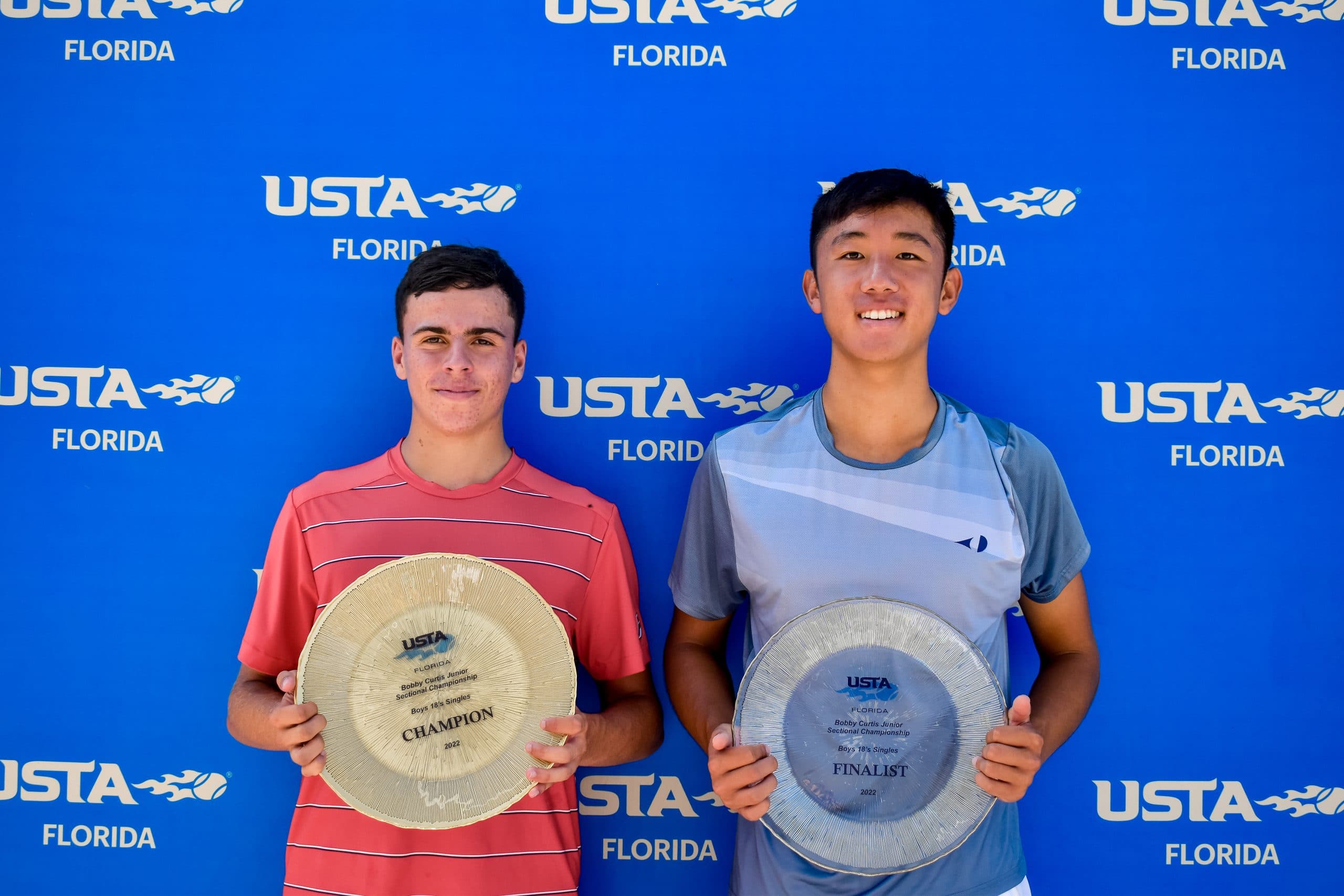 Leonardo Dal Boni and Robert Zhang in the Boys 18s.

Over on the clay courts, Claire Shao and Alyssa James played in one of the most intense matches of the tournament. Shao got things started in the first set with a convincing 6-3 win.

However, James wouldn’t go down without a fight and stormed back in the second set to send the match to a nerve-wrecking tiebreaker. After a ton of back and forth, Shao was able to take a long rally and be crowned winner of Bobby Curtis.

When asked about her emotions she said, “I was super nervous the whole time, but when she missed the last ball, I was extremely happy because it was a super long match.” 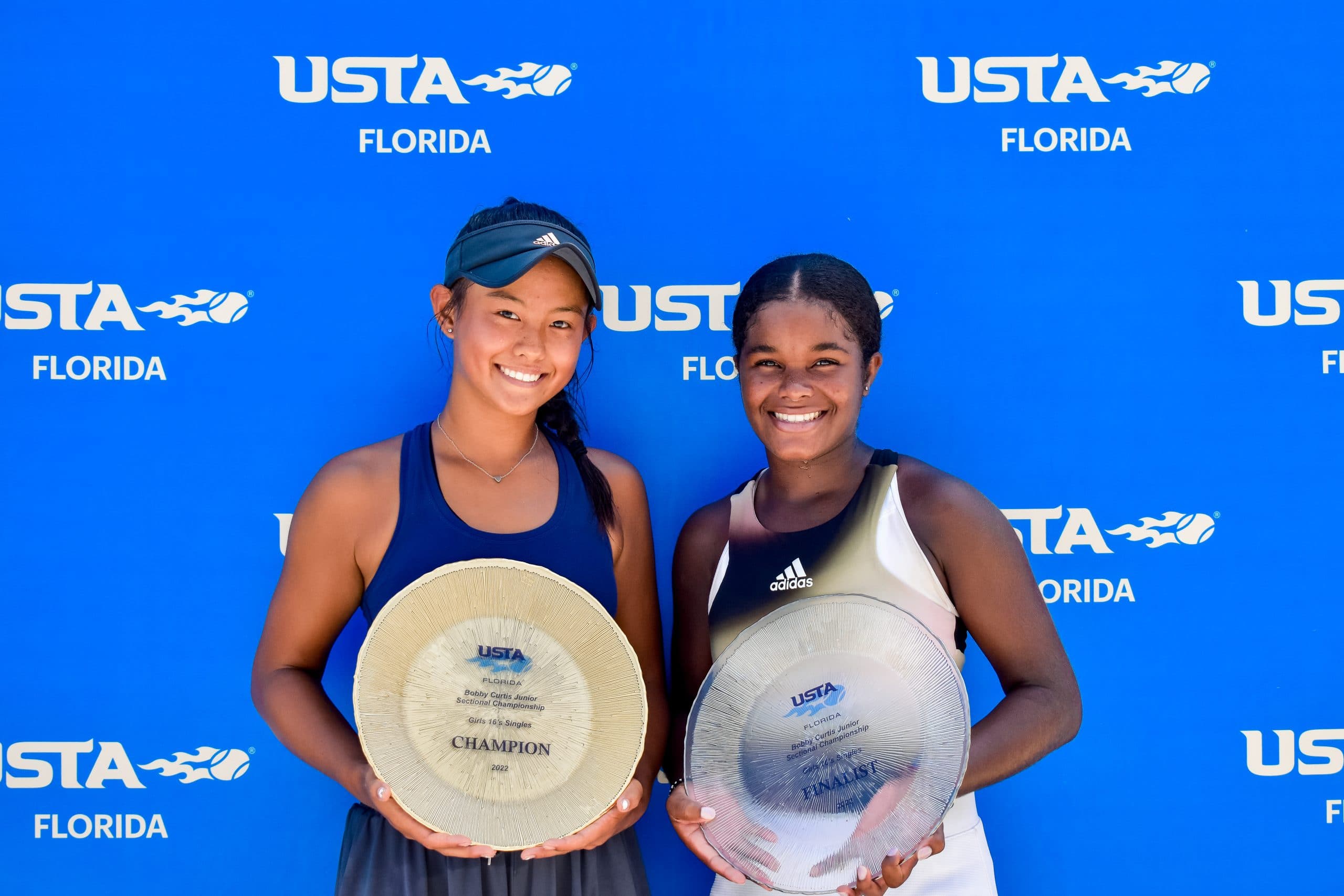 Claire Shao and Alyssa James in the Girls’ 16s.

The Boys’ 16 division proved to everyone that you don’t need to be seeded to win the entire event. Benajmin Willwerth, matched up against ninth seed Brennon Chow and put on a show.

Willwerth came out hot and after trading some games back and forth, he closed out the first set 6-4. In the second set, he jumped out to a 4-0 lead before Chow unfortunately, had to retire due to an injury he sustained in the match.

After the match, Willwerth talked about the grit and drive he had while battling the Florida heat. “I just kept going, there were so many matches where I was cramping and was overheated, but I just kept going.” 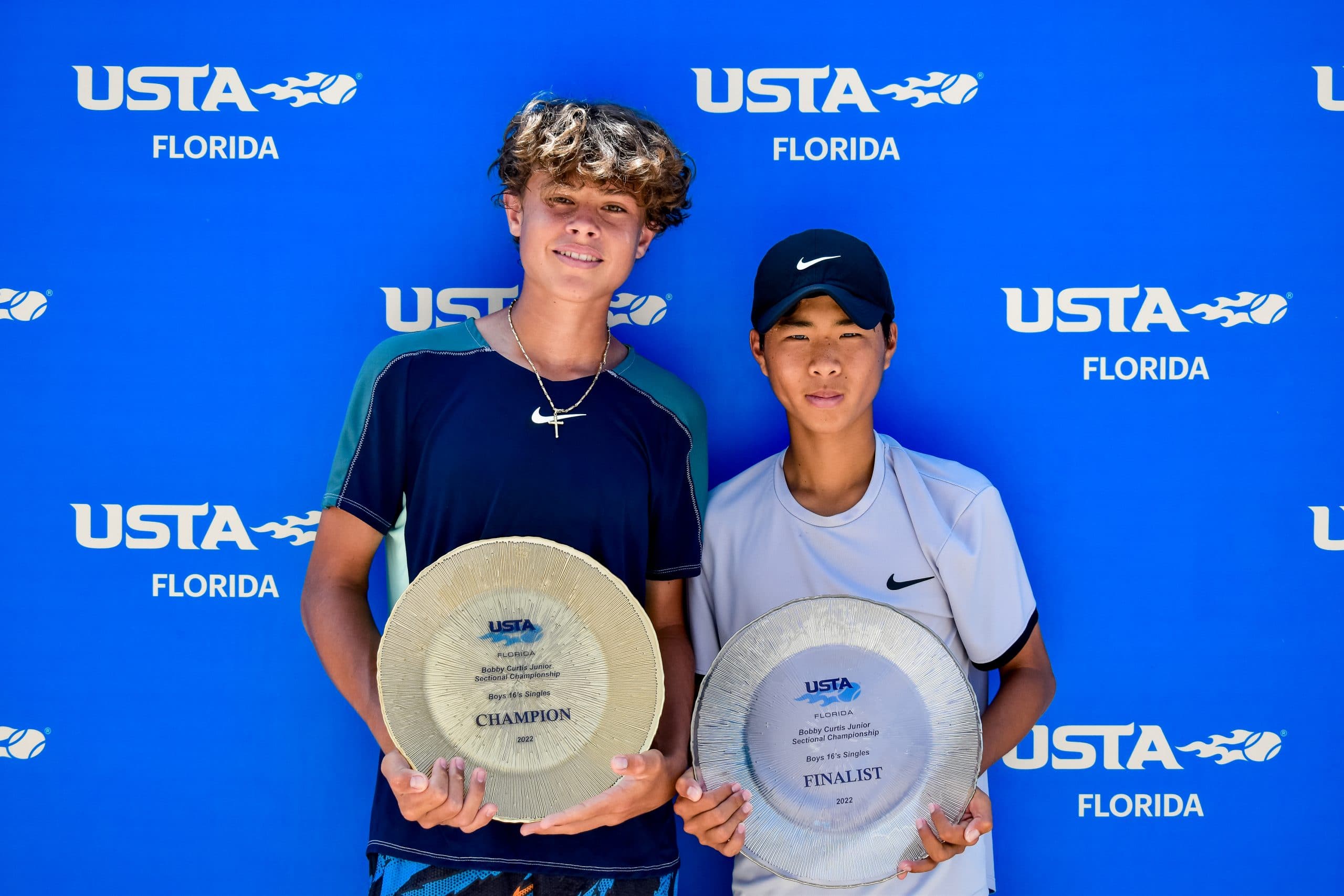 Benjamin Willwerth and Brennon Chow in the Boys’ 16s.

Top seed Anita Tu and sixth seed Bella Payne matched up in the Girls’ 14s finals. Despite being the lower seed, Payne had full control of the first set with a quick 6-1 victory.

But, Tu showed amazing resilience and she quickly regained her composure to force a final tie breaker set.  The two went back and forth, trading off points, until Tu was able to sway things in her favor and win the final set 10-8.

Tu touched on her composure and what it meant to her mentally, for not giving up. “I feel really proud of myself for coming back and winning this tournament.” 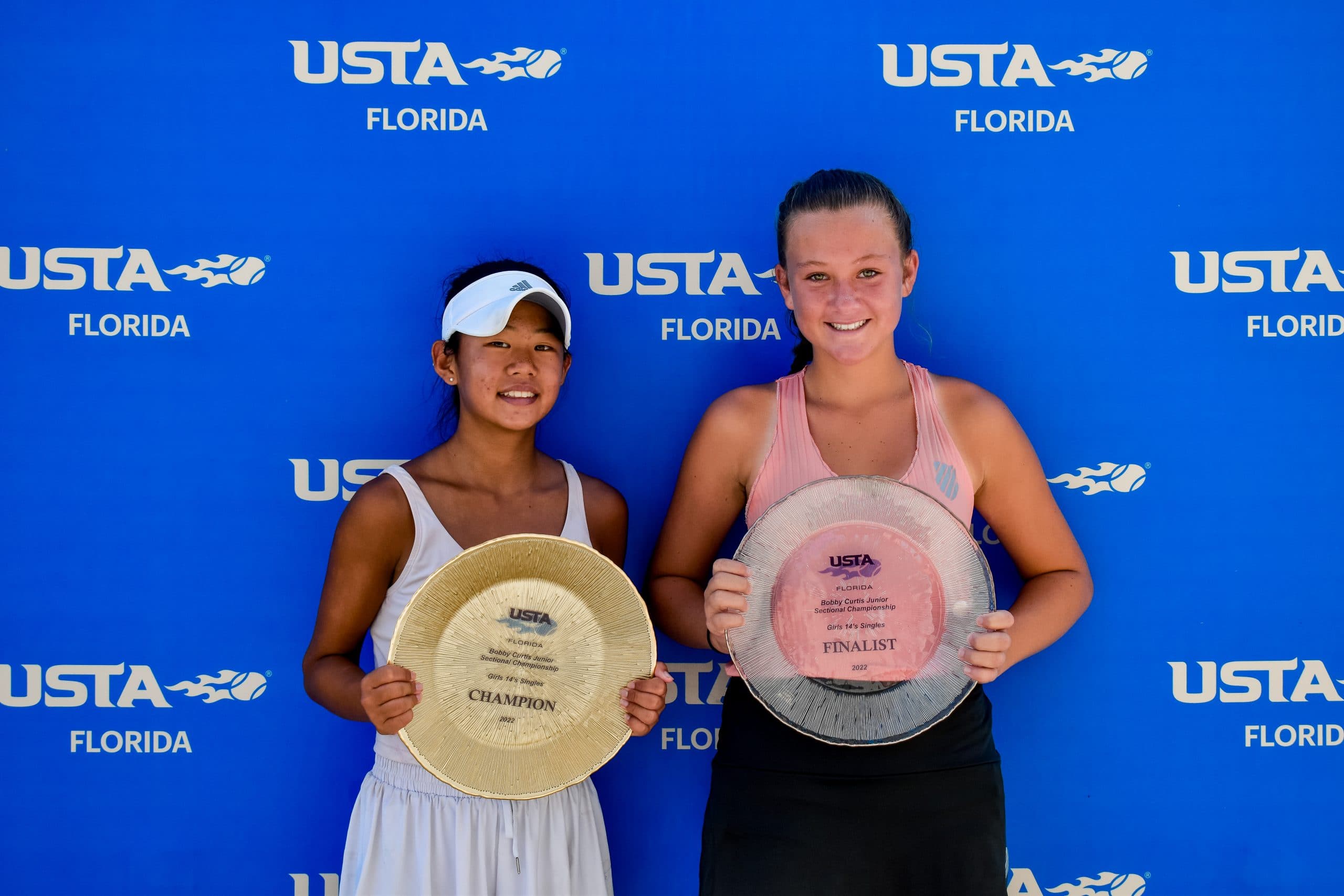 Anita Tu and Bella Payne in the Girls’ 14s.

It was a battle of the top two seeds in the Boys 14s division, where Rafael Ferreira and Jackson Hinderberger delivered an exciting match.

Ferreira took advantage early and capitalized on it for the whole match. The eventual champion took the first set 6-4 and rolled through the second with ease.

When asked to describe his emotions Ferreira said, “It’s an amazing feeling, this tournament is really special and a big tournament in Florida.” 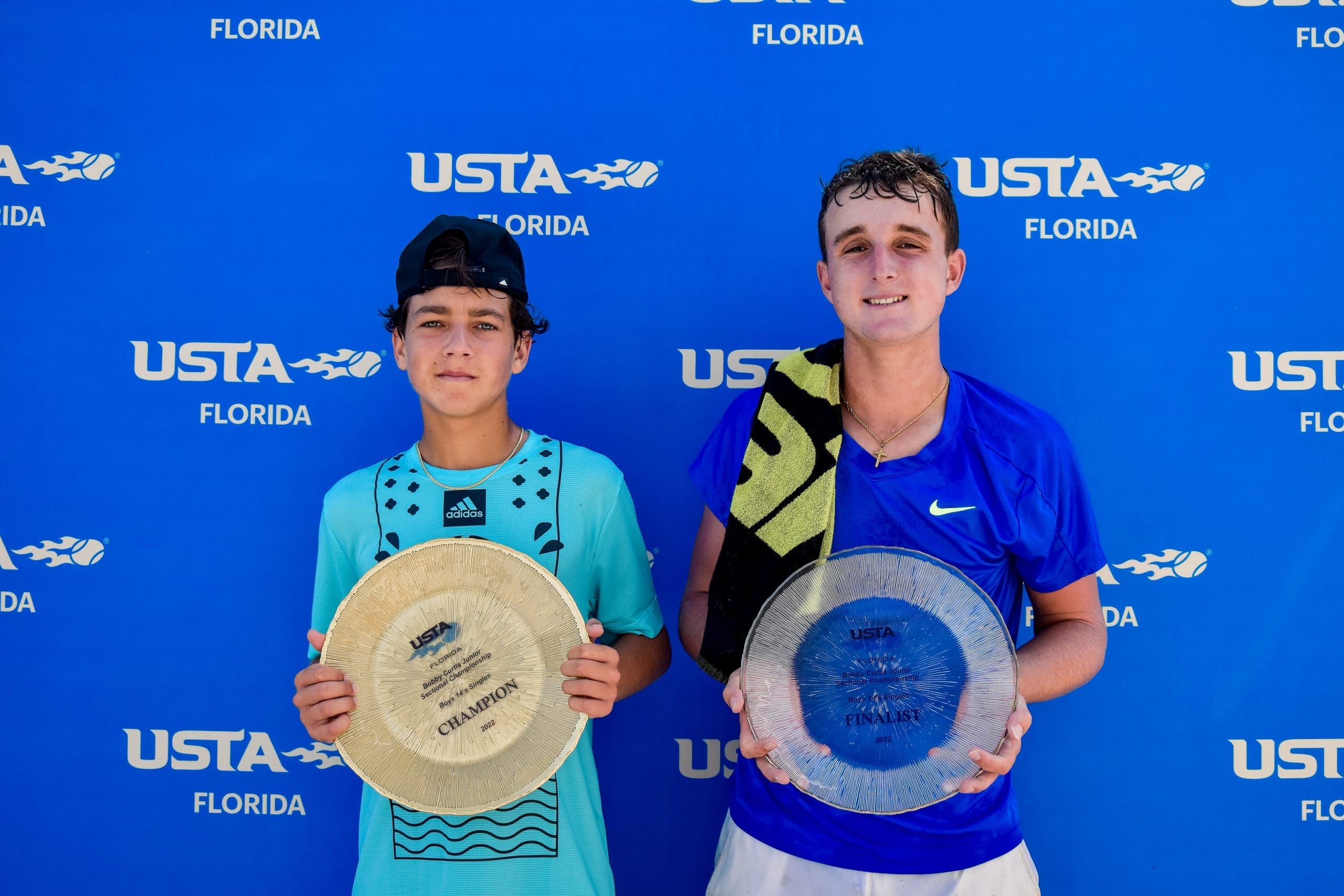 Rafael Ferreira and Jackson Hinderberger in the Boys’ 14s.

In the Girls’ 12s, it was third seed Caroline Shao, the sister of Girls’ 16s winner Claire Shao, and fourth seed Emma Prose.

Prose, full of confidence, came out and played her best match of the tournament. She battled to take the first set 7-5, and then cruised through the second set to win her first Bobby Curtis.

“It was a tiring, mentally challenging match,” Prose said. “I’ve never gotten to the finals of Bobby Curtis, so I felt emotions I’ve never felt before, like confidence, and I was so happy I could experience this final.” 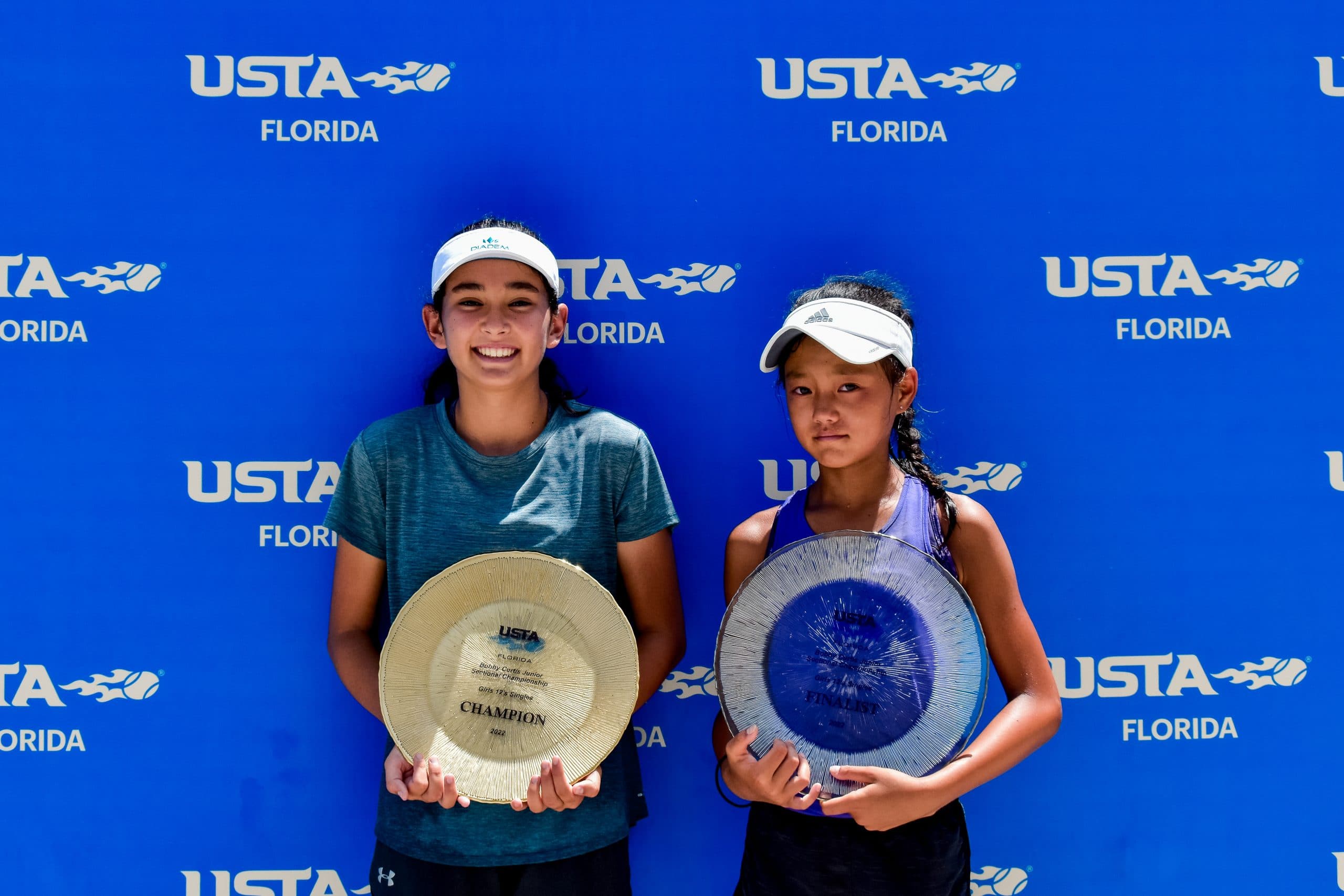 Emma Prose and Caroline Shao in the Girls’ 12s.

Top seeded Diego Custodio and ninth seed Rafael Bote closed out the tournament in the Boys’ 12s. Bote, the underdog, wasn’t shy of a challenge and rose to the occasion.

He won the finals in straight sets and was super excited to claim his first Bobby Curtis victory.

“I felt proud of myself, but I also felt like I defeated a great opponent, which made me even more proud of myself,” Bote said. “This is a very important tournament to me, it’s a really happy moment.” 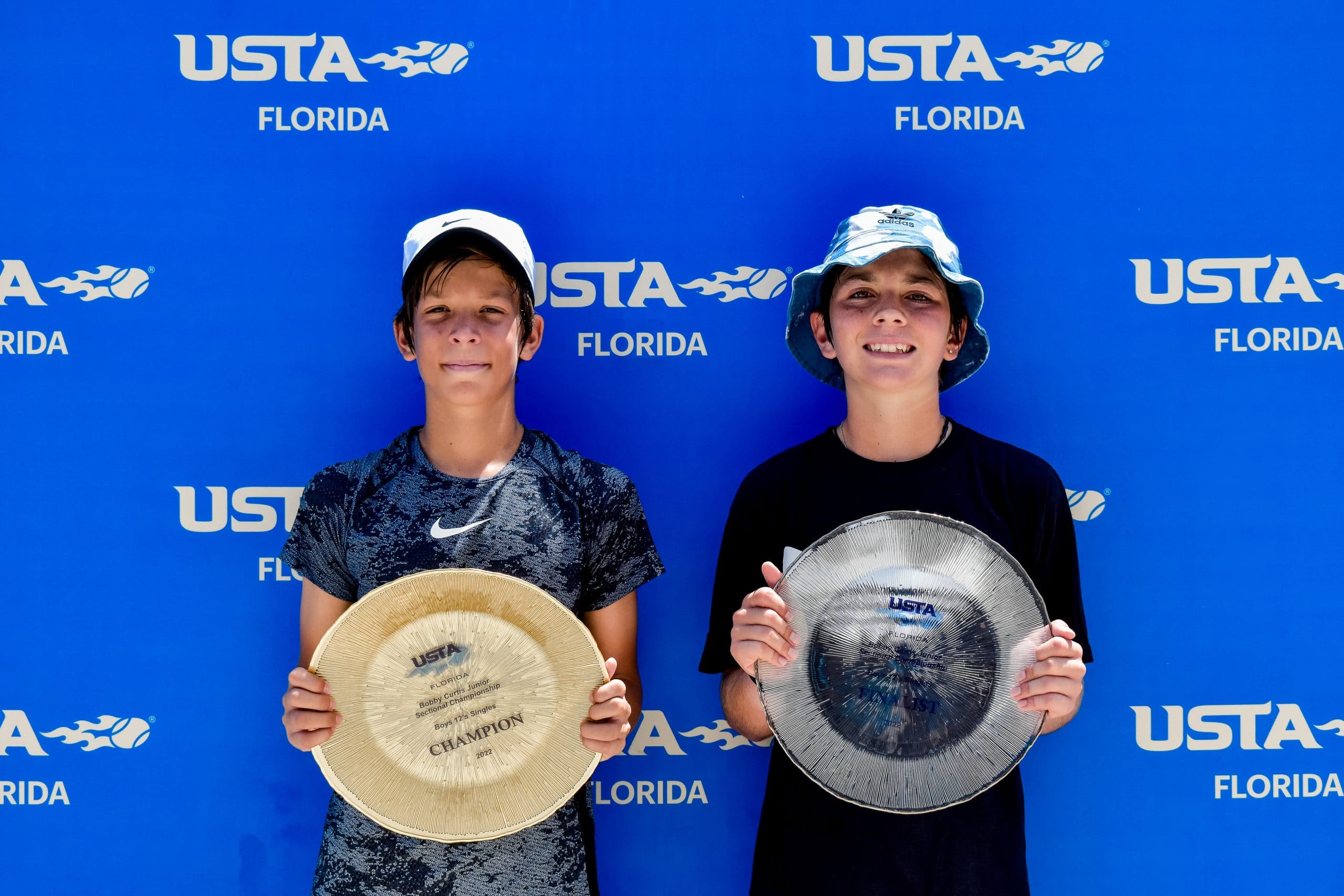 Rafael Bote and Diego Custodio in the Boys’ 12s.