For more information, click here to read the full statement from ITF Tennis.

It’s been 34 years since the U.S. Pro Women’s Clay Court Championships have been played, but Innisbrook Resort in Palm Harbor, Fla. has announced the tournament will be revitalized on its courts on April 13-19, 2020.

Save the date! The U.S. Pro Women's Clay Court Championships returns to Innisbrook this Spring, April 13-19, with an…

The U.S. Pro Women’s Clay Court Championships began as a national tennis championship for women sanctioned by the United States Tennis Association. The tournament was first hosted in Pittsburgh, Pa. in 1912, two years after the debut of the U.S. Pro Men’s Clay Court Championships, with a doubles event added in 1914. The tournament had countless women’s champions, including Nancy Richey and Chris Evert, who captured more singles titles at this tournament than any other woman. Now 74 years after its beginning, the championship ended its run in Indianapolis, Ind., due to a lack of sponsorship, while the men’s competition persevered.

“With the long-standing success of the U.S. Pro Men’s Clay Court Championships in Houston, Texas, there was a need to bring back the women’s event,” said Joe Mattingly, director of tennis at Innisbrook Resort. “To make Innisbrook its home made complete sense.” 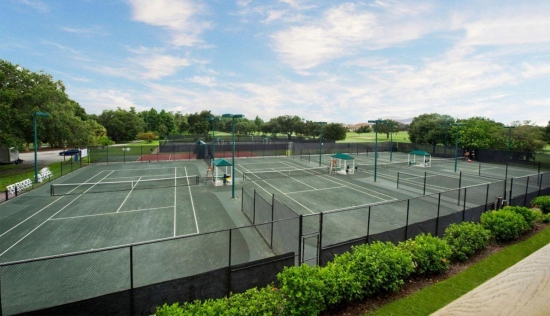 To Mattingly, there was no reason not to expand the women’s event while the men’s tournament was still thriving. Couple that with the increased popularity of women’s sports – it seemed only fitting that women’s tennis be pushed into the spotlight with increased opportunities for women to play professional tennis on clay courts. Scott Mitchell, who will serve as the events tournament director, agrees.

“This tournament is important as it leads up to the clay court season, mainly in Europe,” said Mitchell. “Florida is a perfect host as it allows the American players to stay in the U.S. and play a world-class event without a lot of travel and expense. Several of these players also train here in Florida, which allows family and friends to come to Innisbrook Resort and support their player.”

Given the $100,000 prize money and the opportunity to advance their rankings, several of the top 100-ranked female tennis players in the world are expected to participate in the U.S. Women’s Clay Court Championships, many of whom have played in recent Pro Circuit events. Players will face off in a series of nail-biting matches on the resort’s Har-Tru courts as they hope to advance to the finals round to capture the title, just as Billie Jean King, Chris Evert, Steffi Graf and several other renowned women in tennis did in the past. 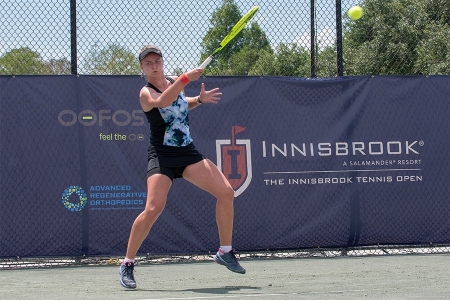 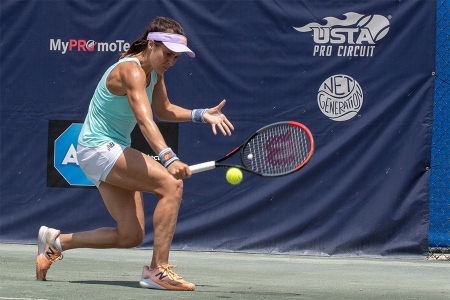 “As evidenced by bringing back the U.S. Pro Women’s Clay Court Championships, there is a concerted effort to include more women’s tennis events by the USTA,” remarked Judy Foster, tournament co-chair. “The growth in the media coverage of women’s tennis has been noticeable and well earned. Women have accomplished near equality on the prize money scale in tennis and are making big strides in this regard in other sports.”