Younger age-division players took the stage during the finals of the 2019 USTA Florida “Bobby Curtis” Junior State Championships on Wednesday as a 16-year-old won the girls’ 18s title, and a 13-year-old raised the girls’ 16s trophy at Florida’s top junior tournament, contested June 8-12 at the USTA National Campus in Orlando.

“When we first started the match I was really nervous, I think we were both really nervous,” said Fornaris, the No. 3 seed, after upsetting top-seeded Stephanie Sanchez of Hollywood 7-6(4), 6-1. “My serve with the wind wasn’t going too well but I told myself just to relax and be calm. I’ve never played on a stadium court like this…At the beginning of the year I didn’t feel like my game was there, my head was there, and I’ve been really working hard these last few months…my fitness and my mental game have really improved.”

“It was mental — from the first point of the match for me it was mental,” said Wilson, who was a semifinalist last year. “He broke back for 4-3 in the second set and that’s when things started getting really, really competitive. My serve was key for sure…Now maybe I’ll take a few days off and get ready for nationals.”

The top seed in the girls’ 16s was 13-year-old Brooklyn Olson of Bradenton, who held her seeding when she saw off No. 10-seeded Hope Moulin of Lithia 7-6(5), 6-1 in the final. Olson was competing in her first “Bobby Curtis” tournament after relocating to Florida from Kansas.

“I feel like I have to play aggressive against the older girls because I’m only 13 so I have to be really aggressive and have confidence in my shots,” said Olson, who will now play some junior international ITF events and is targeting the year-ending Orange Bowl in December.

The boys’ side of the 16s saw an upset in the final when No. 3-seeded Mekhi Gbedey of West Palm Beach topped No. 2 seed Yannik Rahman of Miami 6-4, 5-3, retired (illness). It was a first Florida state title for Gbedey, and stopped Rahman from a third straight “Bobby Curtis” title after he won the boys’ 14s in 2018 and the boys’ 12s in 2017.

“When I practice I practice my fitness, and I think that helped because it was really hot outside,” said Gbedey, who saw his opponent retire in the second set, and who practices at public courts in West Palm Beach. “Since he’s a lefty and I have a really topspin forehand, my strategy was to hit angles to his backhand and open up the court. This was one of my main goals to win one of these top Florida tournaments so I’m really happy to win this.” 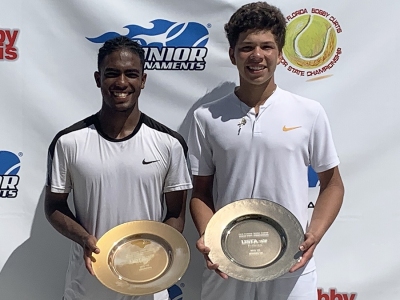 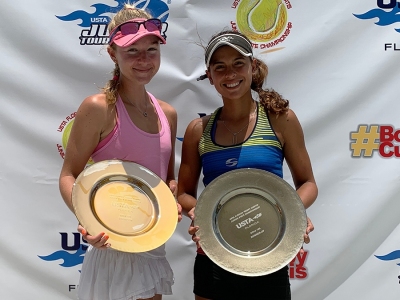 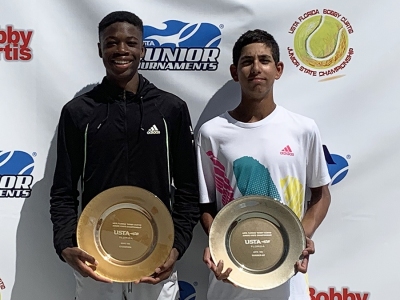 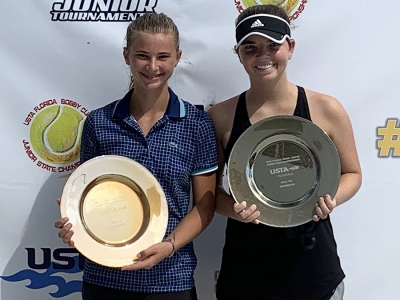 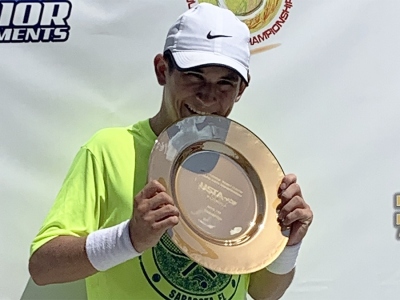 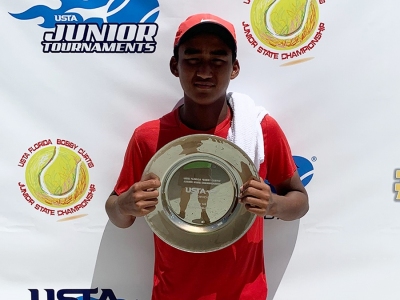 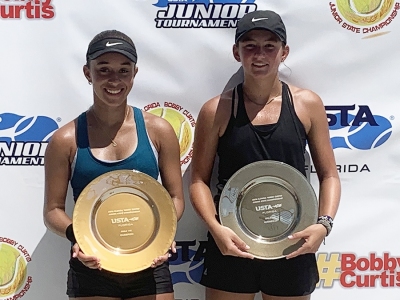 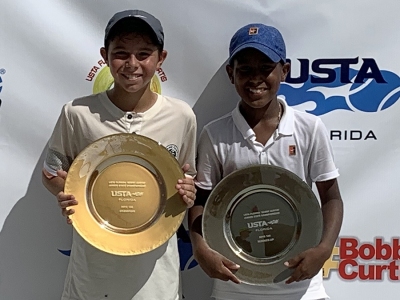 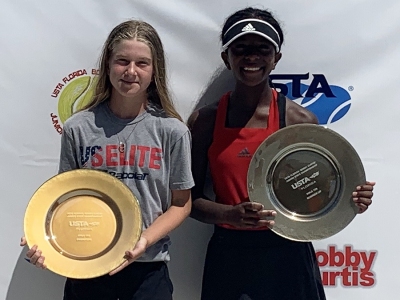 The 71st edition of the “Bobby Curtis” saw approximately 50 of the country’s top college tennis coaches and scouts in attendance. The tournament has seen four former champions go on to reach No. 1 in the world, the most of any USTA section. The boys’ and girls’ finals were broadcast live, and can be viewed on the USTA Florida YouTube channel or Facebook page.

“Having all age groups competing together at the USTA National Campus (Home of American Tennis) has created an electric environment for our Florida juniors,” says Director of Youth Tennis, Jason Gilbert. “This tournament has such a rich tradition of history created by Bobby Curtis and its the goal of our team to create a competitive and social environment that promotes fair play and showcases Florida’s depth of talent.”

For full results and more info go to Tennislink.usta.com.