Alachua, Hillsborough and Miami-Dade South won their first sectional titles of the 2019 season. Duval won its second and took the lead in the standings for the 2019 USTA Florida League Championship Cup, awarded to the county with the most sectional titles during the year (see current standings below).

Hillsborough County successfully defended its sectionals title in the women’s 4.5 from 2018, advancing to nationals for a second straight year in the division.

Duval County nearly won two titles but was edged in the women’s 4.5 round robin by Hillsborough by one match.

The four championship teams next advance to represent the USTA Florida Section at the USTA 55 & Over League National Championships on Oct. 25-27 for the 3.5, and on Nov. 1-3 for the 4.5, both in Surprise, Ariz.

Teams consisting of three doubles lines competed in a non-elimination round-robin format. The winner of each flight/division was determined by team matches won. The winner of each flight then advanced into a single-elimination semifinal followed by the final. NTRP levels of play were 3.5 and 4.5. For more information on NTRP levels go to www.usta.com. 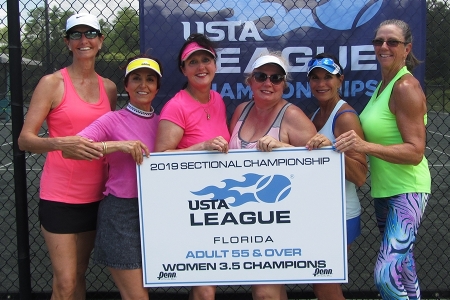 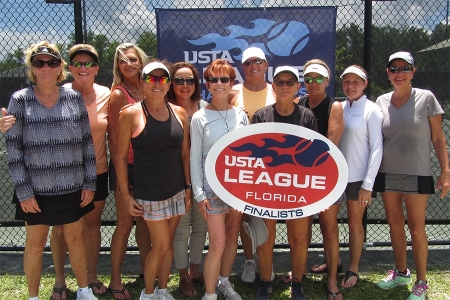 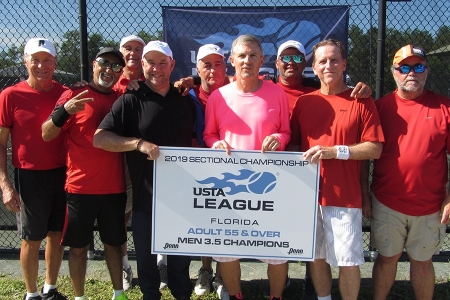 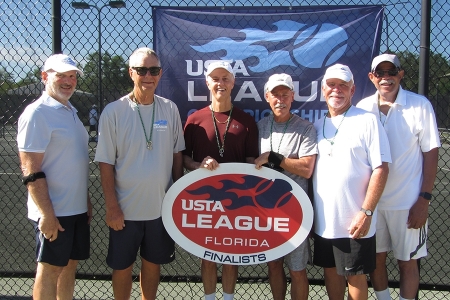 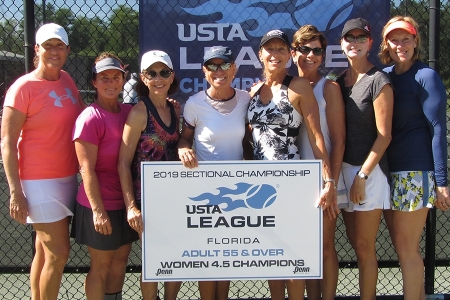 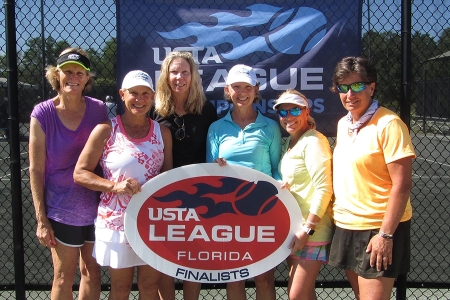 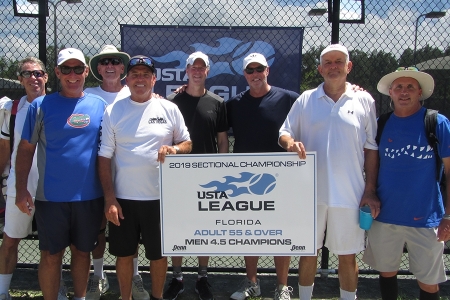 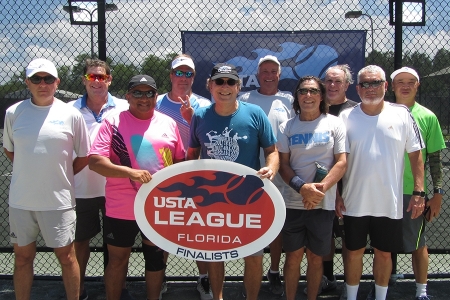 The USTA Florida League Championship Cup is awarded to the county with the most league sectionals titles during the 2019 season (standings through May 21, recent winners in bold):