The duo of Taylor Allcott of Tampa and Haily Tong of Odessa were crowned champions at the 2019 USTA Florida “Bobby Curtis” Orange Ball Team Tennis Sectional Championships, held Oct. 26-27 at the USTA National Campus in Orlando.

Twenty-eight players in total age 10-and-under participated in a new “Splitz” format, where teams of two competed against other teams in both singles and doubles. Teams that won 2-of-3 sets won the team match, and players advanced through the draw as a team.

“It was a pleasure to share this new format with the players,” said Tournament Director Christina Lucas. “Splitz incorporates singles, doubles, and a team component. The opportunity for the players to play as a team throughout the tournament was so much fun.” 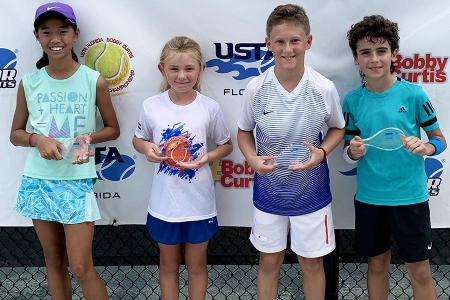 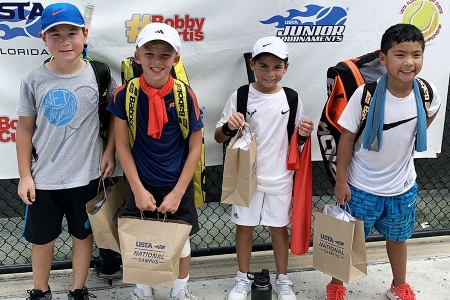 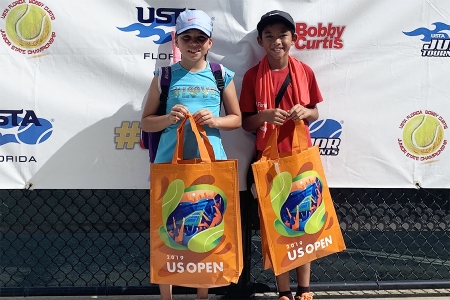 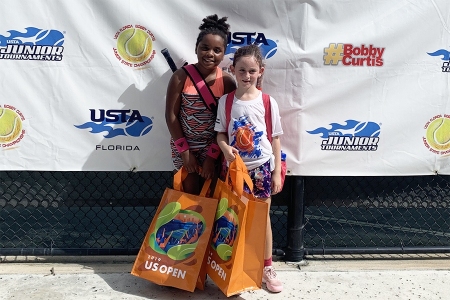 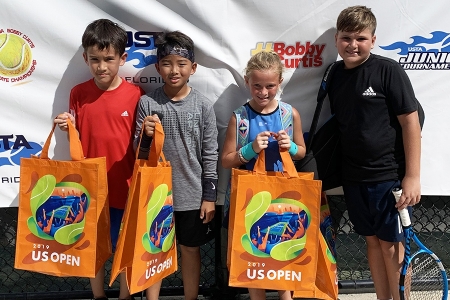 The USTA Florida orange ball circuit is 16 qualifying tournaments each year from Jan.-Sept leading to a season-ending tournament for players that raise the trophy at a circuit tournament or reach a circuit final. The USTA Florida Section in 2015 introduced the 10 & Under Youth Progression Pathway, growing unique tournament players age 10 and under from 400 to more than 2,000 players entering 2018.

For more tournament information or full results go to tennislink.usta.com.