Serena Williams lead the singles charge, and U.S. players from the pro ranks through the juniors and wheelchair play scored in doubles during the US Open.

Williams advanced to the women’s singles final as the No. 17 seed, but in the end was part of the coming-out party of No. 20 seed Naomi Osaka of Japan.

Mattek-Sands returned from a devastating knee injury that occurred last year at Wimbledon, and held back tears in her acceptance speech.

“Going from not being able to get myself out of bed last year to play in this final — I don’t care what anyone tells you; if you’re too old or you’re too young, you’re too big or you’re too small. You haven’t had enough opportunities or you’re still waiting for yours. You can do anything you put your mind to. Go out there and choose your attitude. Choose happiness every day no matter what and big things will happen.”

The 40-year-old Mike Bryan was playing with Sock as his brother Bob recovers from hip surgery, and collected his 18th Grand Slam title.

“[Opponents] Bryan and Dylan played awesome, and it was great playing in the new Louis Armstrong Stadium,” Wagner said. “I can’t wait until next year.” 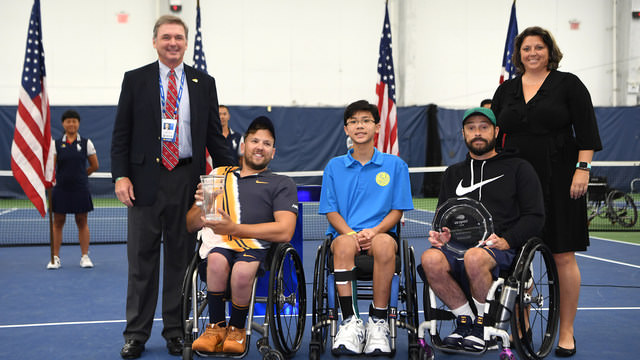 The 2018 US Open set an all-time attendance record with more than 800,000 people passing through the gates of the USTA Billie Jean King National Tennis Center.