Two teams representing the USTA Florida Section finished runner-up and one team finished in third place last weekend when the USTA League Mixed 18 & Over National Championships were held on Nov. 9-11 at the Copeland-Cox Tennis Center in Mobile, Ala.

The Mixed 18 & Over 6.0 team from Broward County (Midtown Athletic Club, Weston) was edged 2-1 in the championship match by the team from USTA Caribbean (Guaynabo, Puerto Rico). 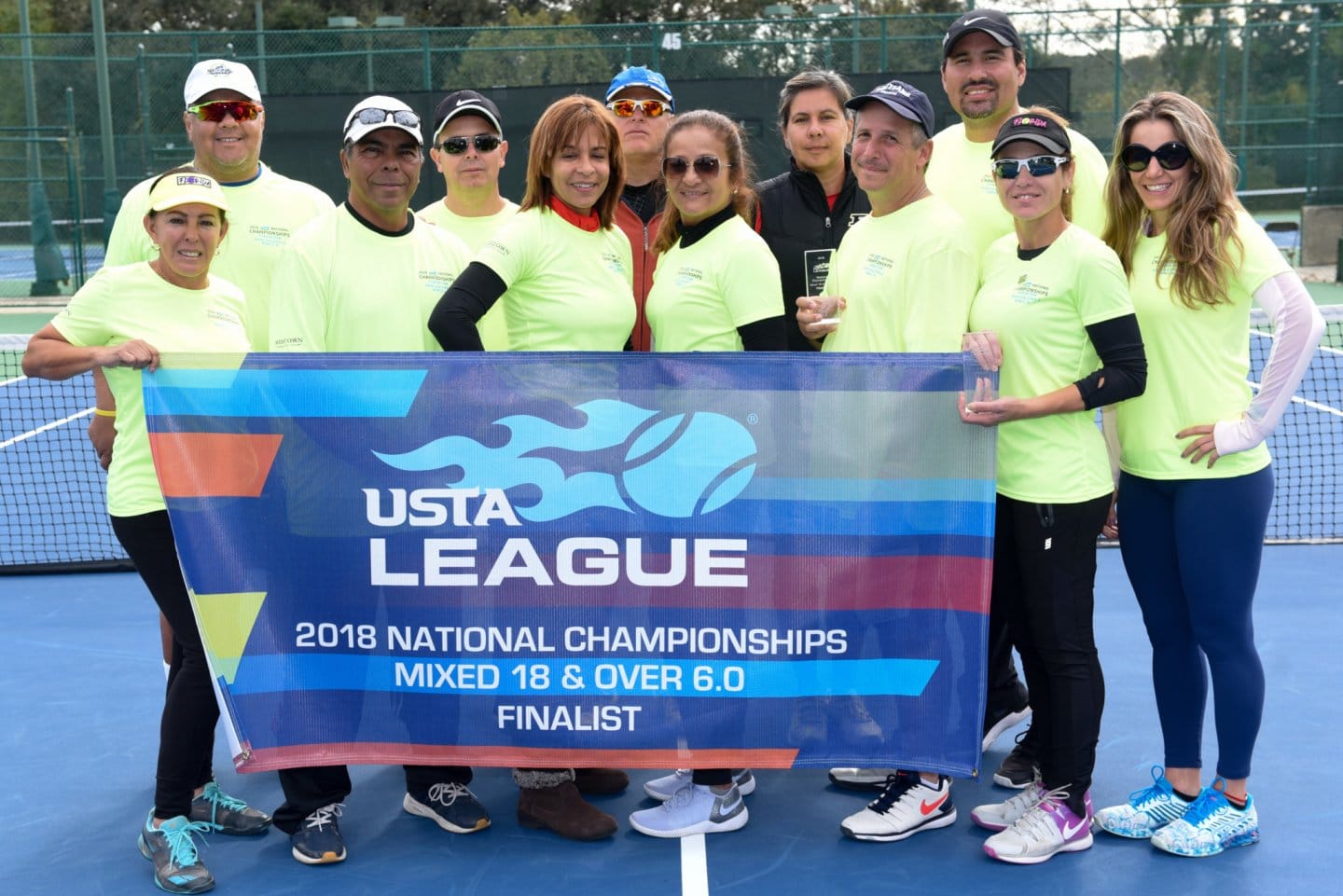 The Mixed 18 & Over 10.0 team from Hillsborough County (MacFarland Park, Tampa) was also edged 2-1 in their final, falling to the USTA Southern Section (Sandy Springs, Ga.). 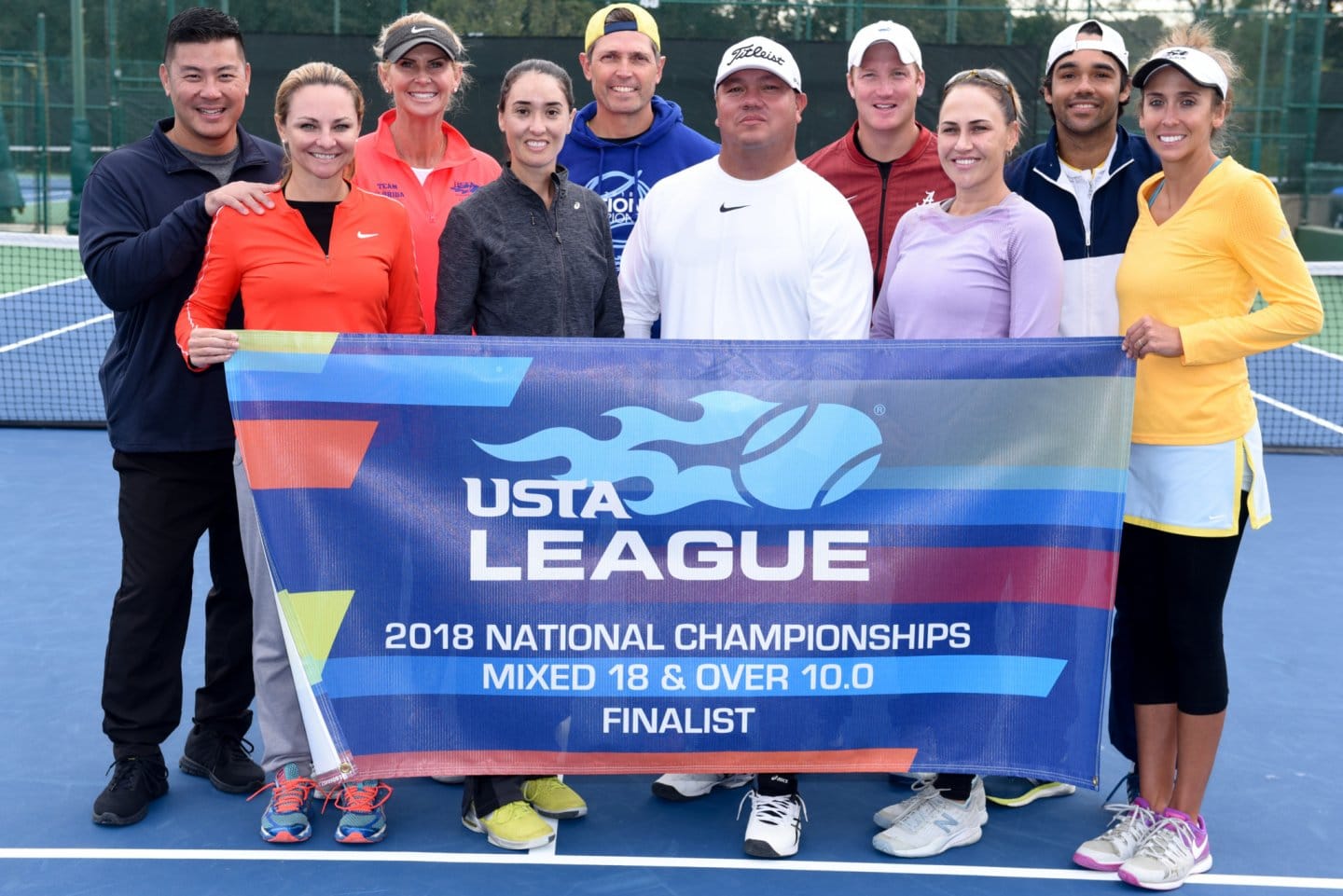 Winning a 3rd/4th place playoff to finish in third place was the Florida Mixed 18 & Over 8.0 team from Okaloosa County (Bluewater Bay, Niceville). In the playoff round they defeated the USTA New England Section (Weymouth, Mass.) 2-1. 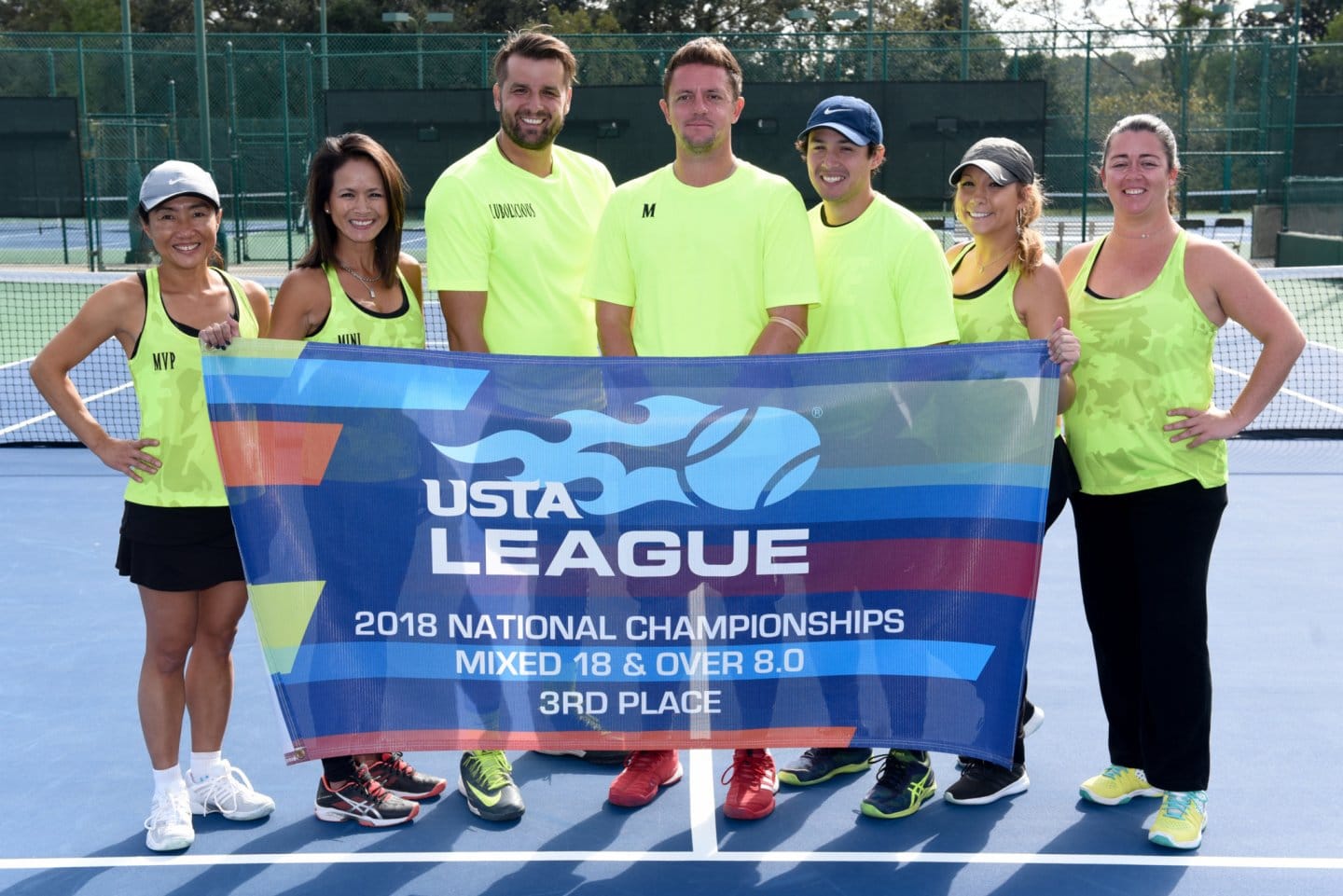 November 11, 2018 – The Florida section came in third place in the Mixed 18 & Over 8.0 League National Championship at the Mobile Tennis Center in Mobile, Alabama.

The Florida Mixed 18 & Over teams qualified for nationals by winning their respective sectionals championships in October.