Those who have  been involved with USTA Florida Adult Leagues know the countless number of hours that go into putting a team together, showing up to tournaments, and having team chemistry. The glue of it all is usually held by a well experienced player. However, for 19-year-old Drae Centonze, he finds himself at the helm of 15 teams, and loves every moment of it. “Tennis is just one of my biggest passions, from teaching on the court to playing it.”

Centonze was first introduced to tennis when he turned 10. He was spending time with a close family friend, and they happened to take him to the tennis court. “I Remember [that day] and I’ll never forget that feeling of just swinging at the ball,” Centonze recalled. “When I made contact for that first time, I knew I was hooked, that tennis was going to be my sport for the rest of my life.”

He started to take lessons, which led to him competing in the junior scene across USTA Florida tournaments and high school tennis. During his senior year, Centonze teamed up with his younger brother and that year the pair reached the FHSAA State Championship. Drae also made the finals in singles that year to close out his junior playing days. 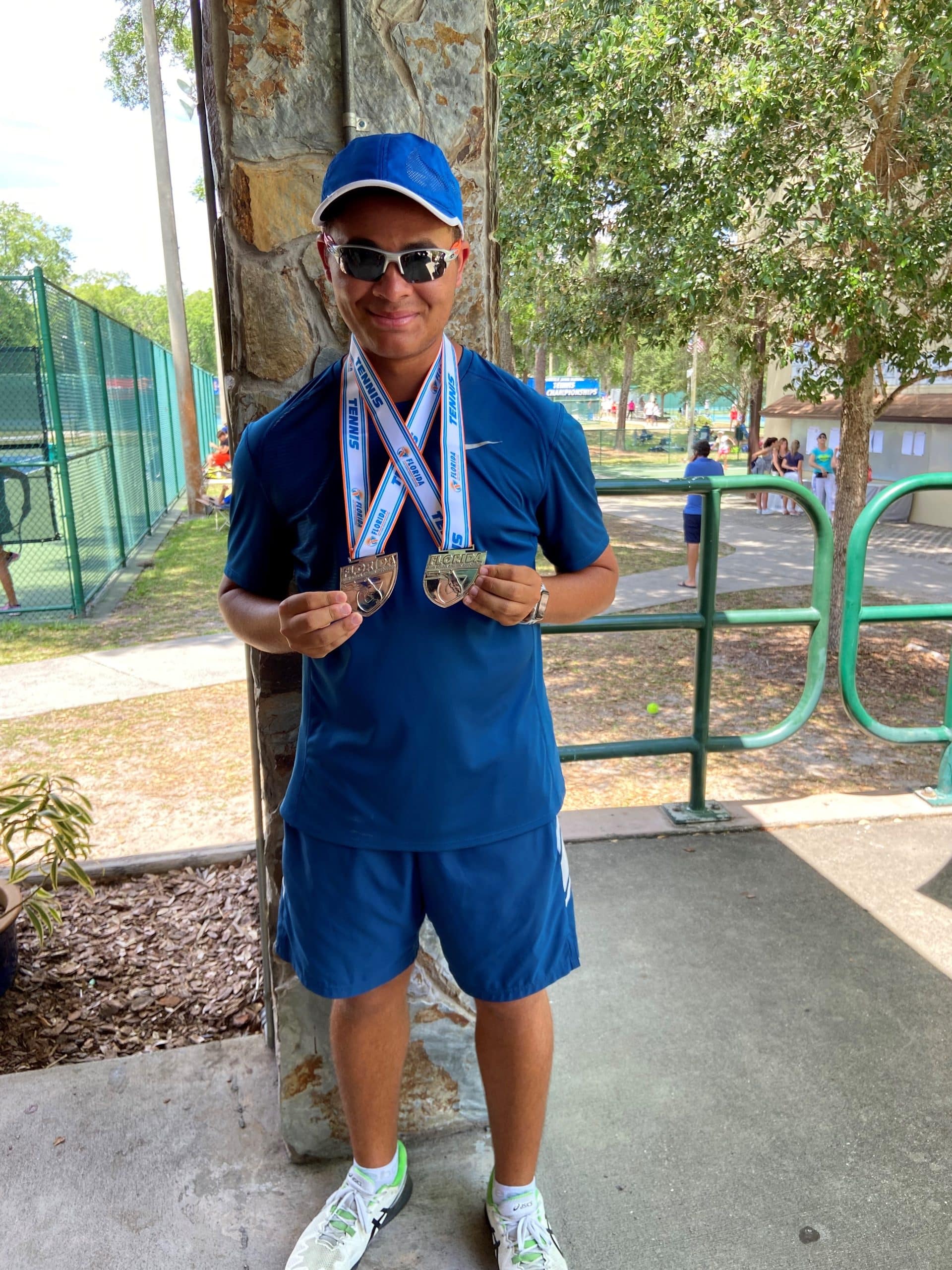 Drae played through his junior years before getting into volunteering.

In the meantime, Centonze wanted to keep himself busy, so he headed back to his local tennis club to help there and coach  youth players. “I just knew that was kind of my calling, to be in the tennis field and really work with people.” Drae loves to spread his positive outlook, lend a helping hand, and be around people, so it wasn’t surprising that he took up an offer to captain a team.

One of his close friends in Ocala was returning from an injury and was eager to hop back into tennis leagues, but she couldn’t join a team because she didn’t know anyone and there weren’t any captains starting a new team. “I just was kind of bummed by that because there was someone who clearly wanted to play tennis, but because there’s not enough captains to go around, she isn’t able to.” So, Drae took the only reasonable action left, he started a team. 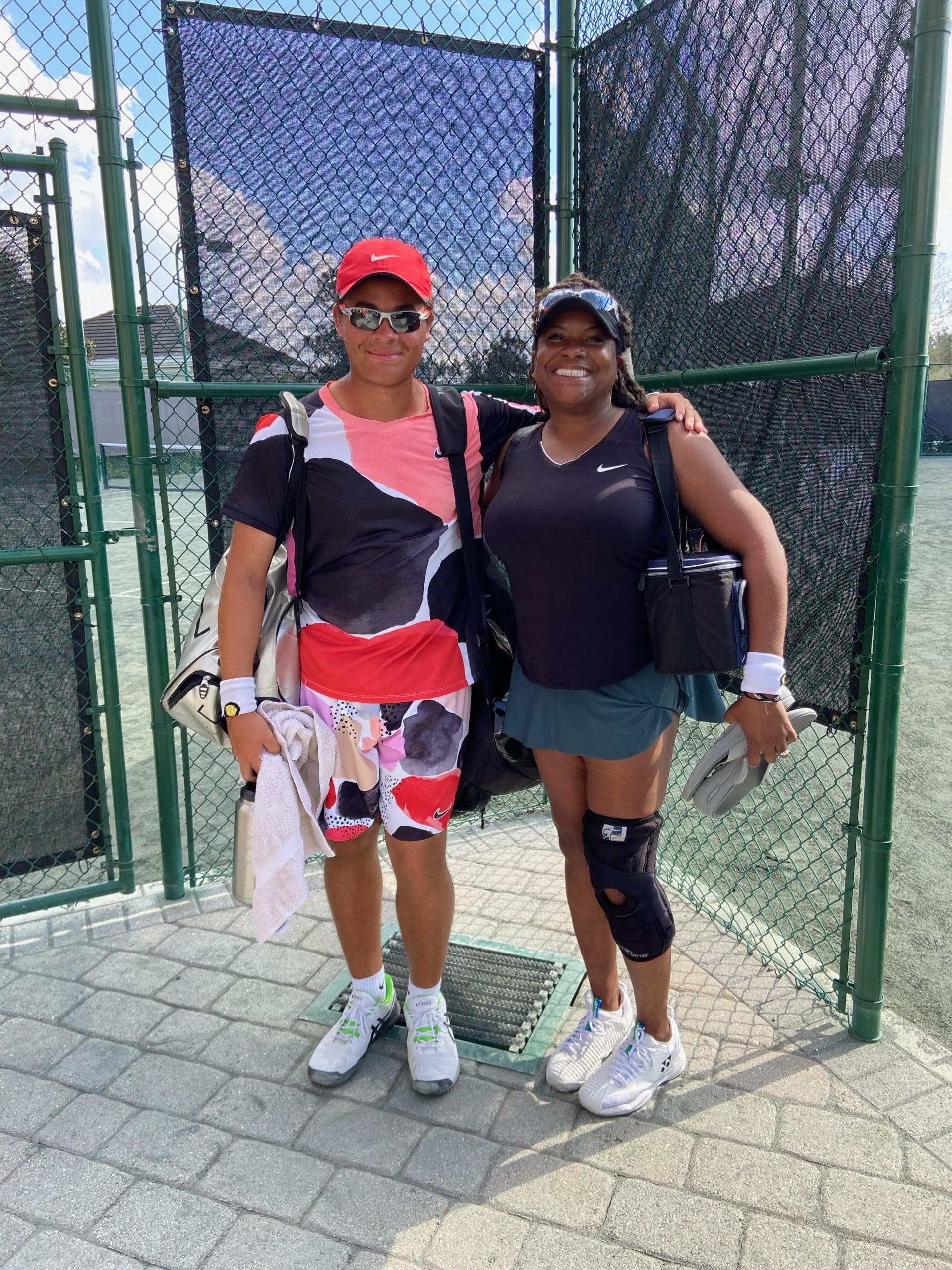 Drae with his friend Nneka, who he started captaining so she could play.

“It was probably one of the best times I’ve had with a group of people through a whole season,” he recalled. “I mean, it was just non-stop fun and it definitely led me on the path to keep captaining more and more teams.”

Just like that he was hooked on captaining teams and giving everyone in his community an opportunity to play tennis, regardless of their skill. “I try every day to just be positive and my goal has always been to make someone smile each day, especially when working at the tennis center,” he explained. “It’ll be six at night, they’ve had a long day at work, they’re kind of beaten down, but just me smiling at them, saying something that makes them feel just a little bit better, that definitely makes my day.”

Someone that motivates Drae and keeps him going is his friend and coworker, Leigh Chak. “I really leaned on her a lot when I started captaining,” he said. “I went to her for all my questions, ideas or anything else. She showed me how a leader should be through being a leader herself.” 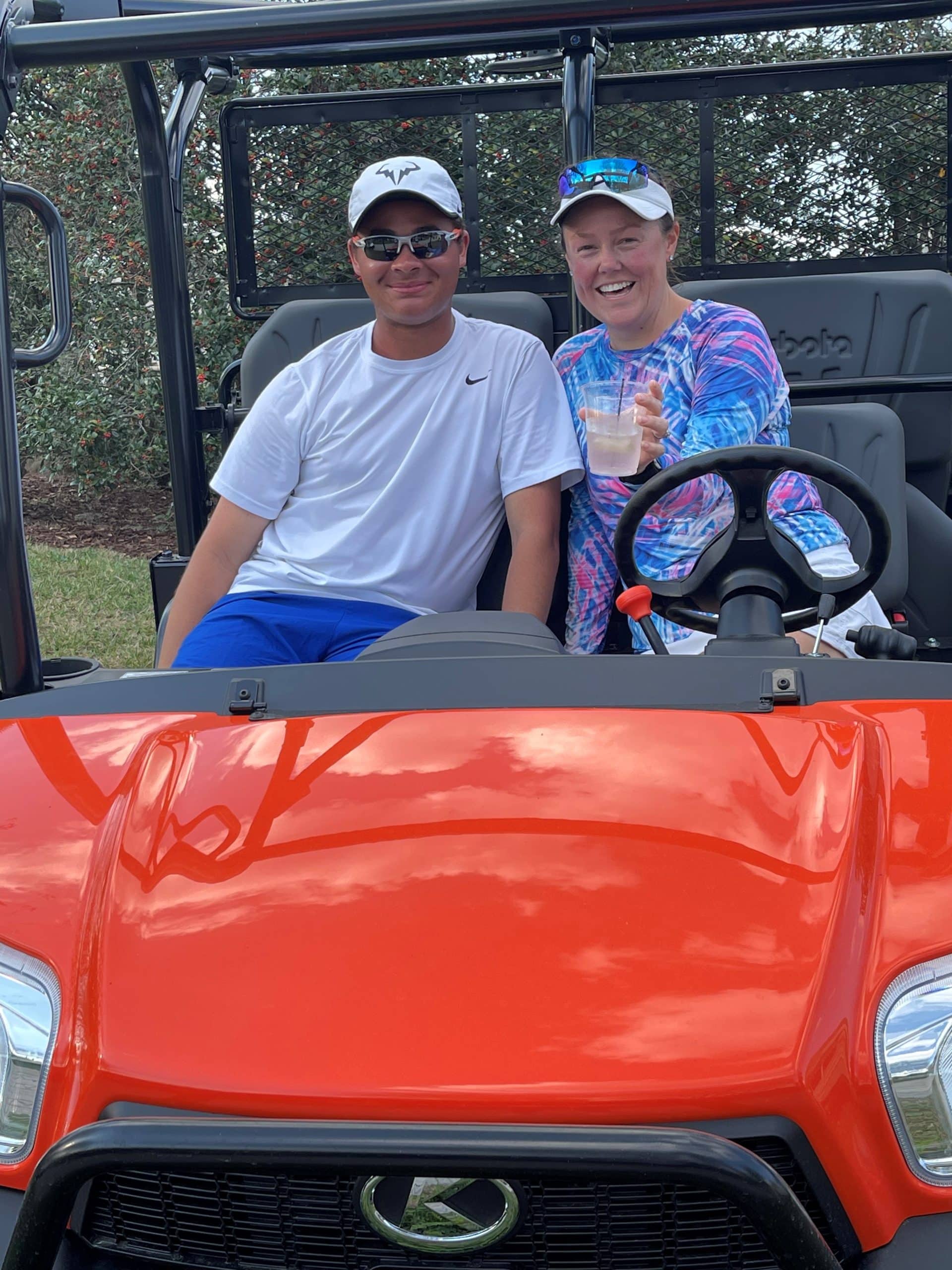 He loves to put a smile on everyone’s face.

Today, Drae captains 15 different teams, which ranks the third most in all of USTA Florida leagues. “I definitely want to me number one someday,” Drae said. “It always started with wanting to compete, but also giving back, and I think even from a little age I knew what tennis brought to my life and I want that to be brought to other people as well, as it’s such an amazing feeling.”

He doesn’t plan to slow down the rate at which he captains and get involved with tennis anytime soon. Being so young, Drae is well on his way to hold the record for the most league teams captained in USTA Florida history.