Polk County collected its first title of the season while Hillsborough, Orange/Seminole/Lake and Pinellas counties added to their title count at the USTA Florida Adult 18 & Over 3.0/4.5 Sectional Championships, held July 31-Aug. 2 at the USTA National Campus.

Squads competed in dual matches consisting of two singles courts along with three lines of doubles. The 3.0 women was the only division to compete on the hard courts of the National Campus over the weekend, while the other three played out on the clay.

The largest competition of the event was the women’s 3.0, where 16 different teams battled it out in hopes of leaving as a sectional champion. All four semifinalists – Alachua (D B Racquet Club, Gainesville), Miami-Dade (Coral Pine Park, Pinecrest), Okaloosa/Walton/Bay (Edgewater Beach Resort, Panama City) and Polk (Beerman Family Tennis Center, Lakeland) – emerged undefeated from their respective flights.

In the knockout stages, Miami-Dade swept Okaloosa/Walton/Bay 5-0 while Polk outlasted Alachua 3-2 to advance to the championship dual. Once there, Polk bested Miami-Dade 4-1 with a commanding sweep on the doubles courts. Line one went to Kacee Swain and Cassie Miller 6-2, 6-1 while the team of Kara Reber and Jennifer Spann took court two 6-1, 6-0. Captain Nicole Giusto and Amanda Smith capped off Polk’s doubles sweep 6-1, 2-6, 1-0. In singles action, Polk’s Amanda Strawbridge rallied to take the first singles court 6-7, 6-3, 1-0. Maira Maguire secured Miami-Dade’s only victory with ease, not dropping a game at line two singles.

On the 3.0 men’s side, Orange/Seminole/Lake (USTA National Campus, Orlando) and Broward County (Midtown Athletic Club, Weston) finished atop of the standings at the completion of round-robin play. In the final all five individual contests ended in straight sets, with Broward taking an early lead and capturing both singles courts. Orange/Seminole/Lake bounced back though in doubles play, sweeping all three lines to take the team match by a slim 3-2 margin.

Pinellas’ Kevin Gaughan and Ryan Gelhaus were awarded the third doubles matchup via default, while teammates Connor Molina and Shawn McGee wrapped up the matchup at line two 6-2, 6-2 and the duo of Mike Moenter and John Hollis rallied to a 5-7, 6-4, 1-0 victory on court one. In singles, Pinellas’ Blake Dantzle captured court one 7-5, 6-4 and Broward’s Jay Graff earned the second position with a 6-4, 6-4 record.

Defending champion Hillsborough County (HCC Tennis Complex, Tampa) and Broward County (Lauderdale Tennis Club, Fort Lauderdale) topped the women’s 4.5 division, as Broward went 4-0 in flight play while Hillsborough’s sole loss was at the hands of Broward after both teams had already qualified for the championship match. Broward was in a prime position to capture the title after controlling both singles courts but fell in the doubles positions to Hillsborough, who swept all three lines to secure a 3-2 win.

The competing teams represented various clubs, parks, recreational departments and organizations, and finished at the top of their local leagues during the 2021 season to advance to the USTA Florida Adult 18 & Over 3.0/4.5 Sectional Championships. 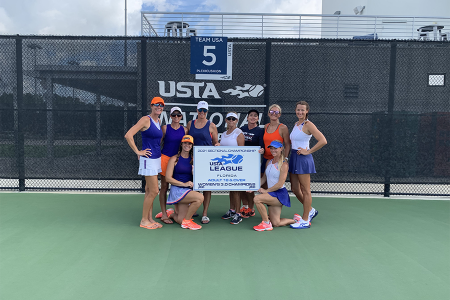 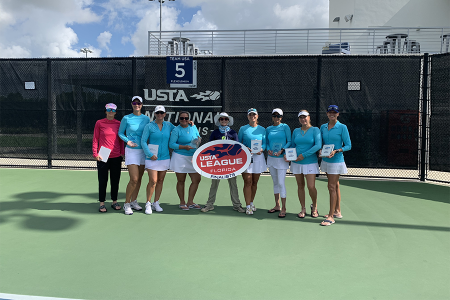 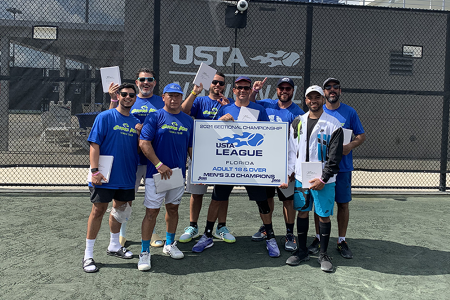 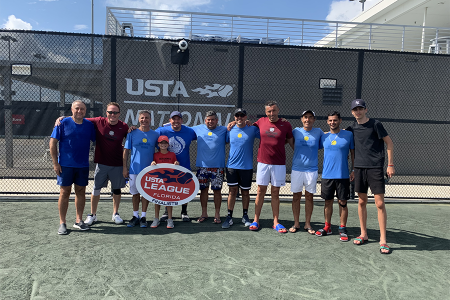 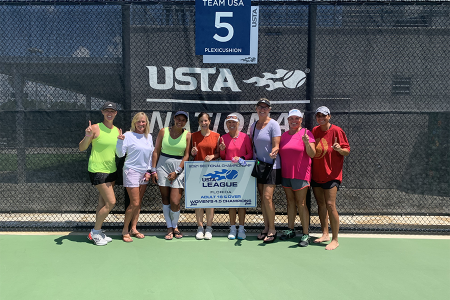 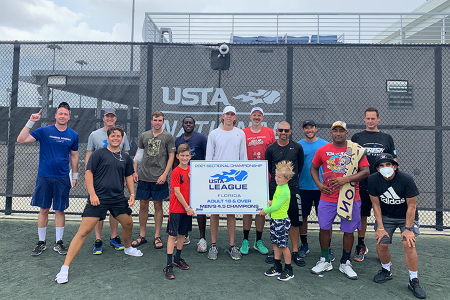 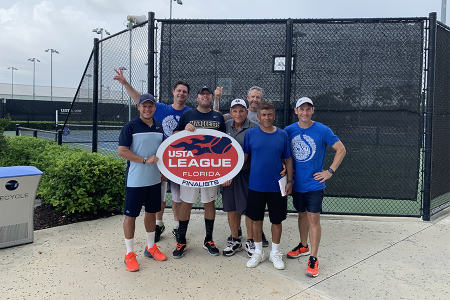 The USTA Florida League Championship Cup is awarded to the county with the most league sectionals titles during the 2021 season (standings through August 3, recent winners in bold):