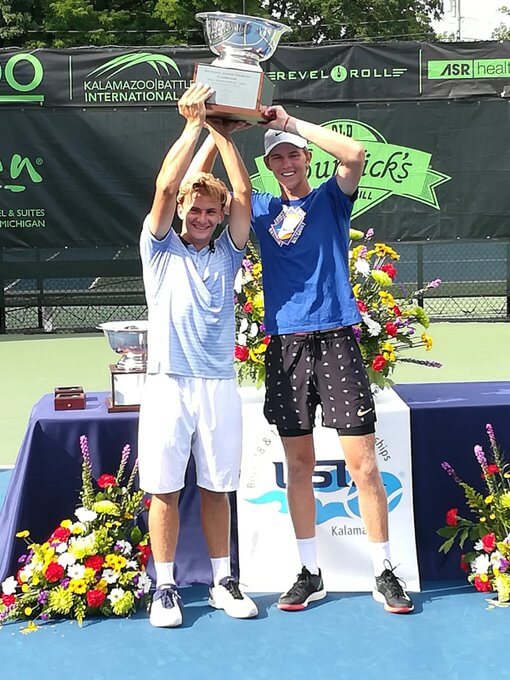 Florida juniors won two titles in four finals at the USTA Girls’ and Boys’ 18s Hard Court National Championships this past weekend at sites across the U.S.

The nation’s top junior tennis players competed in eight national championships in the 12s-18s divisions. In addition to the US Open main draw wild cards awarded to the 18s singles and doubles champions, the singles runners-up in the boys’ and girls’ 18s divisions received wild card entries into the US Open Qualifying Tournament set to being on Monday, Aug. 19, 2019 at the USTA Billie Jean King National Tennis Center in New York. The boys’ and girls’ 16s champions earn wild card entries into the US Open Junior Championships.

Alexander Bernard (Bonita Springs) won the boys’ 16s title in Kalamazoo, as the top seed in the final coming from a set down to defeat No. 4-seeded Aidan Mayo (Torrance, Calif.) 5-7, 6-2, 7-5. The 15-year-old Bernard will subsequently receive a wild card into the main draw of the US Open Junior Championships.

Another runner-up effort was from Bradenton’s Victoria Osuigwe, sister of former junior world No. 1 and current pro Whitney Osuigwe, who fell in the final of the girls’ 12s doubles at the Windward Lake Club in Alpharetta, Ga. She teamed with Kate Fakih (Arcadia, Calif.) as the No. 5 seeds, losing a 7-5, 4-6, 6-2 marathon to top seeds Haylee Conway (Bellevue, Wash.) and Aspen Schuman (Menlo Park, Calif.).

To read more or for the full results go to www.usta.com/news.