USTA Florida’s Board of Directors, led by President Dana Andrews, unanimously passed a resolution in late August to rename the Florida Super Senior Grand Prix the Larry Turville Super Senior Grand Prix, in memory of the life-long competitive tennis player and pioneer of the sport. Turville passed away on October 10, 2020, after a battle with cancer. 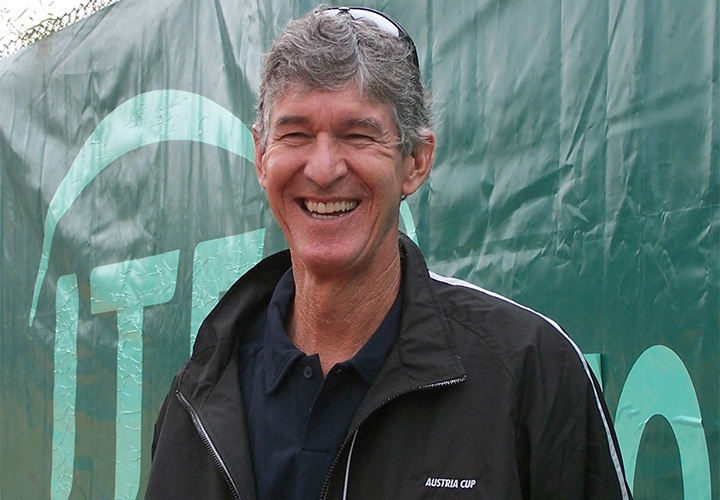 “Larry Turville was a dedicated, innovative and loyal volunteer and tennis player in the United States and had a significant impact on both the USTA and USTA Florida Section for his entire life,” the resolution states. “Larry’s passion and commitment to senior tennis were instrumental to the development of the Florida Super Senior Grand Prix.”

Turville was a highly accomplished tennis player who reached a career-high ATP singles ranking of No. 210 in 1976, qualifying for Wimbledon, the US Open and the French Open. He later represented the United States on 11 occasions in the ITF World Team Championships and accumulated five World Doubles Championships and one World Singles Championships. In 2010, he earned the No. 1 ITF world ranking in the 60 & over division. He carries one of the most distinguished records in U.S. senior tennis, winning 22 National Singles Championships and 24 National Doubles titles in all.

Off the court, Turville co-founded a series of regional men’s tournaments in 1971 named the World Association of Tennis Champions (WATCH) with longtime friend and doubles partner Armistead Neely. After professional rankings were introduced in 1973, the WATCH circuit arranged with the ATP to award ranking points so that players on the edges of the pro tour would have more competitive opportunities to improve their rankings and advance to the main events.

“Everyone that helped make this honor of my husband Larry Turville possible, thank you from the entirety of my heart,” said Kelli Turville in response to the resolution’s passage.

“Kudos to the members of USTA Florida’s Board of Directors for voting unanimously to rename the Florida Senior Circuit to honor Larry Turville, who gave so selflessly of his time and talents to benefit tennis in general and Florida tennis in particular,” added Larry Back, a colleague of Turville who competed both with and against him. “His impact on the tennis community will always be remembered.”

The Florida Super Senior Grand Prix was established in 1988, with a format reminiscent of the old WATCH circuit and offers points and prize money for players age 55 and over. The men’s tennis tournament circuit is a national and worldwide series where top-level players compete for three months in Southwest Florida. Annually, the series attracts more than 200 players per event.

Below is a list of Larry Turville Super Senior Grand Prix events that have been confirmed to date. If you are interested in hosting an event, please contact Nolan Brewer at brewer@ustaflorida.com.

Dates and locations are subject to change. Please visit www.USTAFlorida.com/Events for updates on the Larry Turville Super Senior Grand Prix.