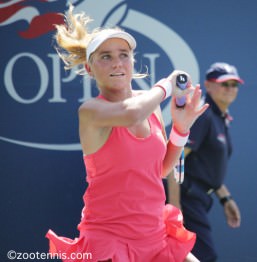 Sofia Kenin at the 2015 US Open (photo: Colette Lewis/zootennis.com)

It’s been an eventful 10 months for 16-year-old Pembroke Pines resident Sofia Kenin, culminating in a trip to her first junior slam final last week at the US Open.

Kenin, known as Sonya to her friends and family, began her run with the 2014 International Tennis Federation Grade A Orange Bowl title, one of the most prestigious titles in junior tennis. In April she won her first ITF Grade 1 title in Carson, Calif., helping her reach the Top 10 in the world junior rankings for the first time.

In August, Kenin captured the USTA Girls 18s National Championship in San Diego, and with that title came the opportunity to play in the main draw of the US Open as a wild card.

Although Kenin lost her first round match to Mariana Duque-Marino of Colombia 6-3, 6-1, she appreciated the chance to compete at the sport’s highest level, and was confident going into the US Open Junior Championships.

“She was really experienced and she played well on the tough points,” Kenin said of Duque-Marino, who was 96 in the WTA rankings when they played. “There’s more pressure to do well [in the juniors], but at the same time, the girls aren’t as experienced, so I know what to do. It’s going to be tough, but I know I can do it here.”

Against another Hungarian, No. 2 seed Dalma Galfi, Kenin had two set points in the opening set of the girls championship match, but ultimately fell to the big-serving Galfi 7-5, 6-4 in front of a large crowd on Court 5.

“It was great,” Kenin said of the support she received as an American in New York. “I was so happy to be in the finals and I was so happy with the crowd. Everyone just started coming as the match went on and they were supporting me. It was really nice.”

Kenin had no regrets about her own play, giving credit to Galfi for her ability to serve her way out of trouble.

“I played really good. I was fighting until the end and she has a really good serve…I literally didn’t do anything wrong,” said Kenin, who is coached by her father Alex. “It’s unfortunate to have lost it, but I did everything I can to try and win…just the serves, it was really tough. I’m really happy overall with how I played.”

With her appearance in the finals, Kenin has risen to No. 3 in the ITF World Junior rankings, and she is planning to play both USTA Pro Circuit events and junior events in the last quarter of the year.

“I’m not so sure if I’m going to play Eddie Herr, but Orange Bowl, try to retain that title,” said Kenin, who will take a few weeks off before playing two $25,000 USTA Pro Circuit tournaments in South Carolina and a $50,000 tournament in Georgia. 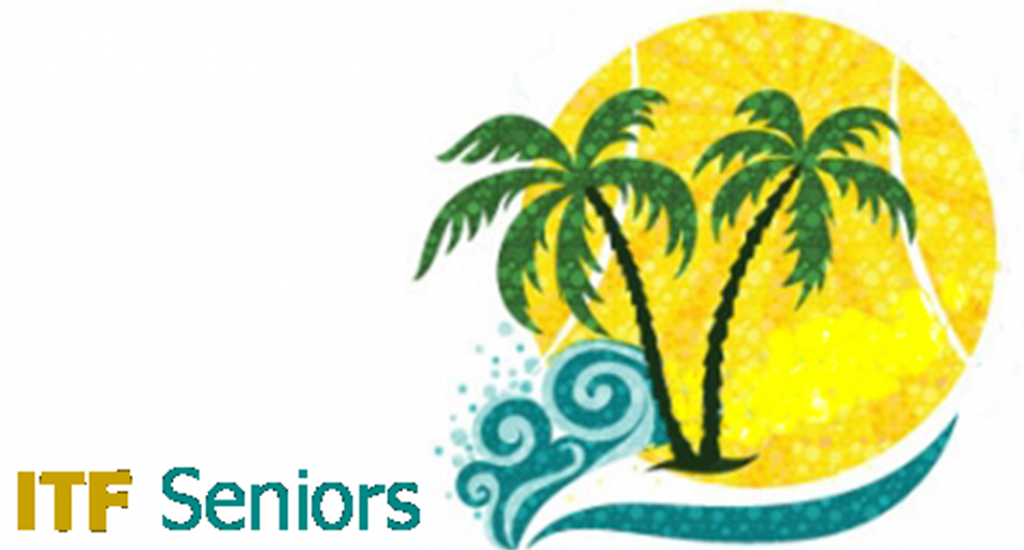 Players must have an IPIN I.D. ($20) in advance to register. Players can register for an IPIN at www.itftennis.com/ipin.

Prize money is $5,000 total minimum depending on the number of entries. The club is located at 100 BallenIsles Circle, Palm Beach Gardens.

For additional questions contact Trish Faulkner at tfaulkner@ballenisles.com or go to www.ballenisles.org.

“Join us for our annual free program at the City of Fellsmere Tennis Court,” says Program Director Gloria Rosas. “Children will learn the basics of tennis while enjoying friends, fitness and fun.”

The event will be held at the City of Fellsmere tennis court across from Fellsmere Elementary School, with the subsequent program held every Tuesday night from 5:30-7 p.m. The program will hold an end-of-season event on Saturday, Dec. 5 from 9-11 a.m.

Kids’ Tennis Clubs are designed to give children the opportunity to try tennis in a safe, supportive, extracurricular setting. With tennis sized right for age and ability, it’s easier and more fun than ever for kids to play — even if they’ve never picked up a racquet. Organizing Kids’ Tennis Clubs for elementary school students, as well as intramurals and interscholastic team play at the middle school and high school level, is an excellent way for kids to experience camaraderie, cooperation and individual self-growth. For more info on Kids’ Tennis Clubs and school tennis go to www.ustaflorida.com/kidstennisclubs.