The USTA Boys’ and Girls’ 18U and 16U National Clay Court Championship is being held across various states from July 10 through July 17. Some of Florida’s top junior tennis players have taken the courts, including 2022 Bobby Curtis winners, Leonardo Dal Boni (18s), Benjamin Willwerth (16s), Anushka Khune (18s), and Claire Shao (16s).

In the Boys’ Draw, Dal Boni (Sarasota), who took home the top honors at the Bobby Curtis State Championship in June, rolled through his first two matches. However, in the third round, he matched up against 12 seed, Cooper Woestendick (Kansas) and fell in a hard-fought three-set match. 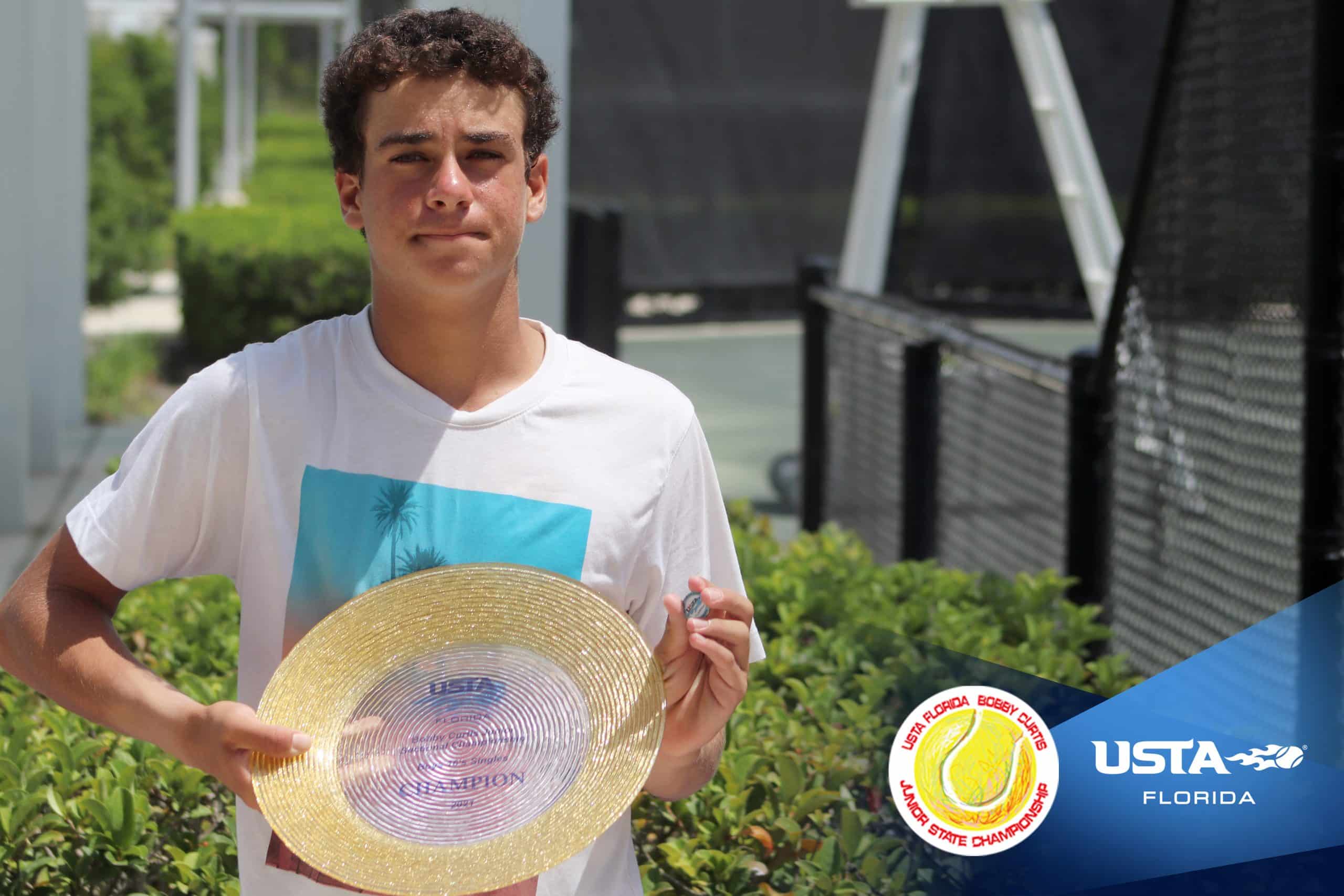 Another former Bobby Curits Champion, Roy Horovitz (Key Biscayne) put on a great performance. Horovitz made it to the Round of 16 in the 18U division. He received a bye in the first round, and then dominated his next two opponents without dropping a set. He dropped a heart-breaking three-set match to bow out of the tournament.

Over in the 16U Draw, one Florida players remain in the tournament. One being Anderson Mikel (Delray Beach), who is making a name for himself. He had an impressive comeback win in the third round and defeated the seventh seed in the fourth round.  Mikel now has his eyes set on the quaterfinals later today.

Another 16U player that had a good event is fourth seed Asror Ismoilov (Delray Beach). He cruised through his first three matches. He dropped one set in the third round, but otherwise his performance had been perfect. In the Round of 16, he ran out of steam and lost in straight sets.

On the Girls’ side of the draw, 2022 Bobby Curtis 18U winner, Anushka Khune, and 16U winner Claire Shao were competing at the Clay Court Nationals. Unfortunately, for Khune (Boca Raton), she fell in the Round of 16 after dominating the first four rounds. Meanwhile, Shao (Boca Raton) was only able to reach the fourth round, where she matched up against top seeded, Natash Rajaram (California) and fell in straight sets. 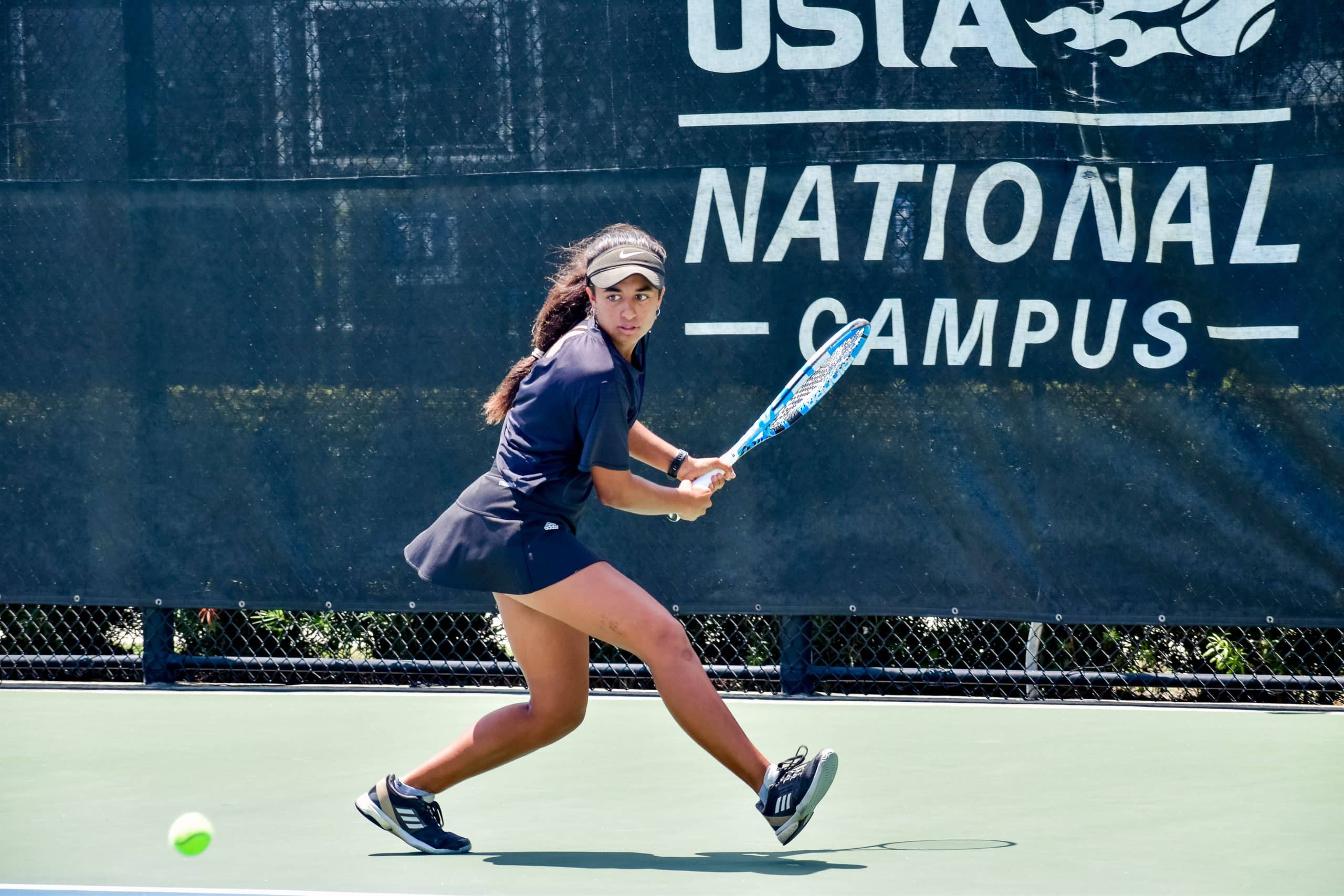 In the 18U division, former Bobby Curtis winner and 2022 runner-up, Natalie Block (Plantation) has been putting up another great performance. Block is the only Florida player left in the draw and has only dropped one set. She is set to play in the quarterfinals.

Ahmani Guichard (Seminole) had a great showing at the tournament. Guichard was able to reach the Round of 16, where her run ended after a tough three-set match.

Florida girls also have seen success in the 16U draw with one still left in the tournament. Katie Spencer (Orlando) has been sharp this week. After dropping the opening set in her first match, Spencer has yet to lose another set. She is slated to play the fifth seed, Rachel Lee (California) in the quarterfinals.

Alex Ackman (Stuart) also put up a great fight as she was able to reach the Round of 16. Ackman hadn’t dropped a set until her final match, where Rachel Lee was able to get the best of her.