USTA Florida League teams placed 2nd and 4th at the USTA League 18 & Over National Championships, held last weekend in Arlington, Texas, and at the USTA National Campus in Orlando.

The Broward County men out of the Weston Tennis Center finished runner-up at the USTA League 18 & Over 4.0 National Championships in Arlington, Texas, narrowly falling to a team from the USTA Caribbean Section (San Juan, P.R.) 3-2 in the championship. 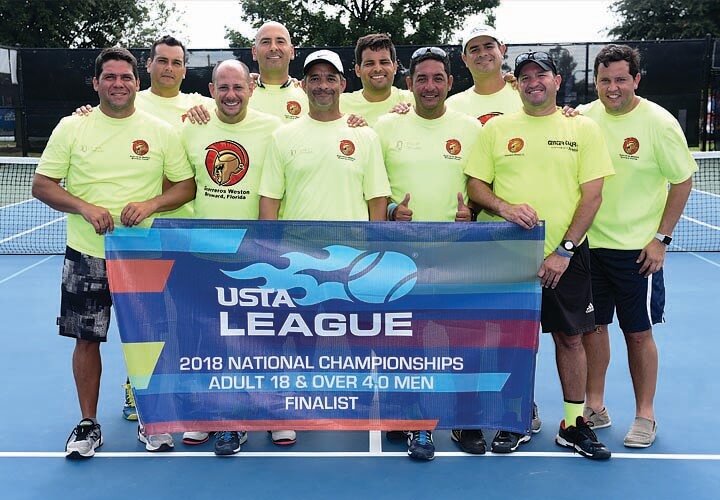 October 7, 2018 – The Florida section came in second place in the Adult 18 & Over 4.0 League National Championship at the Arlington Tennis Center in Arlington, Texas.

Earlier in the day the Weston team defeated USTA Texas (Waco) 5-0 in the semifinals. They advanced to the semis by winning their round-robin flight contested on Friday and Saturday.

The Florida 5.0 men out of Hillsborough County (Northdale Golf & Tennis Club, Tampa) finished fourth at the USTA League 18 & Over 5.0+ National Championships in Orlando. 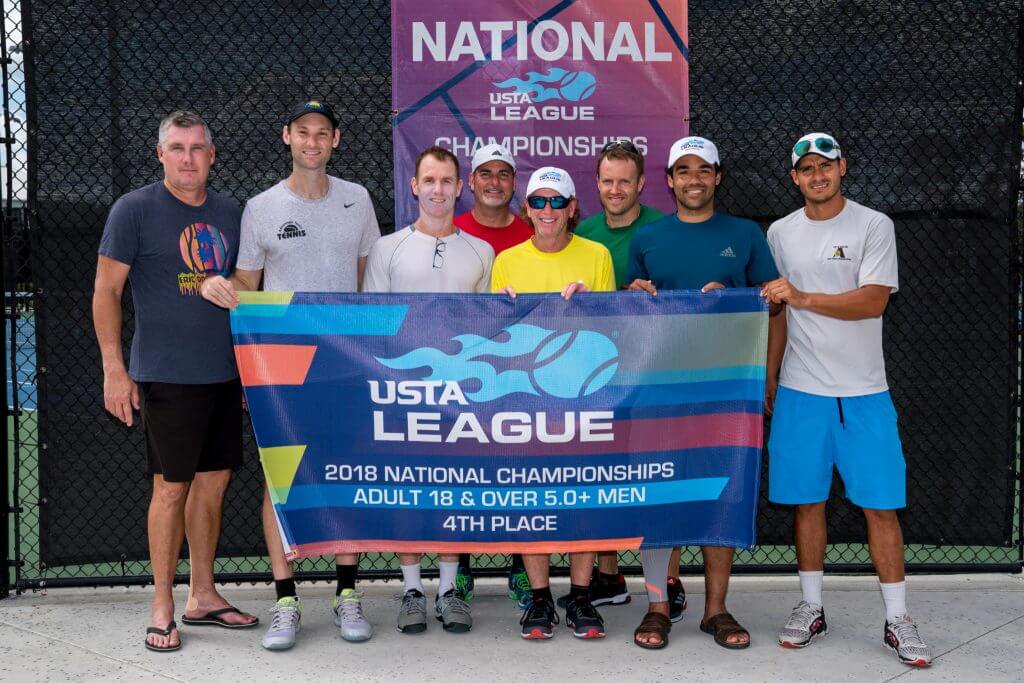 October 7, 2018 – The Florida section came in fourth place in the Adult 18 & Over 5.0 League National Championship at the USTA National Campus in Orlando, Florida.

In the semifinals the Tampa men lost to the eventual-champion USTA Southern Section (Lexington, S.C.) 2-1, then fell in the 3rd/4th place playoff match. They advanced to the semis by winning their round-robin flight contested on Friday and Saturday.